The Gaza Strip, a coastal Palestinian enclave, has been under an Israeli-imposed siege since 2007 (AFP)
By
MEE staff

Hamas on Thursday distanced itself from anonymous statements from the group that it feared Turkey was ditching attempts to lift the Israeli siege on Gaza.

Al-Rai al-Youm, a pan-Arab daily based in London, on Wednesday quoted a Hamas source as saying that Turkish President Recep Tayyip Erdogan had told the group that Ankara was trying to “make progress on the normalisation deal...to serve Turkey's interests” but could not lift the siege.

On Thursday, however, Hamas denied that it had spoken to the newspaper about the negotiations, accusing it of “defaming” the movement.

“Hamas appreciates Turkey's supportive stance towards Gaza and the Palestinian problem, and calls on al-Rai al-Youm to stop slandering the movement.”

The statement made no mention of similar claims made in the Israeli press this week.

A senior Hamas official who spoke to Middle East Eye, Ahmed Yousef, said the group trusts Turkey's intentions but does not believe that the siege will be lifted as a result of its negotiations with Israel.

“We trust the Turks and we trust Erdogan, we have no suspicion of what the Turks will do," he said. “They did their best to break the siege and if they don't succeed, they have their own interests.”

Reports earlier this week had suggested that Turkey and Israel were on the verge of inking a normalisation deal, due to be signed this Sunday, to put an end to a diplomatic rift that began in 2010 when Israeli commandos stormed the Mavi Marmara aid flotilla to Gaza, killing nine Turkish civilians.

Turkish negotiators had reportedly been pushing for the reconciliation deal to include an end to the decade-old Israeli siege on Gaza.

Reports published in the Israeli and Arab press this week – including the article in al-Rai al-Youm – cast doubt on whether the final deal would include an end to the blockade. 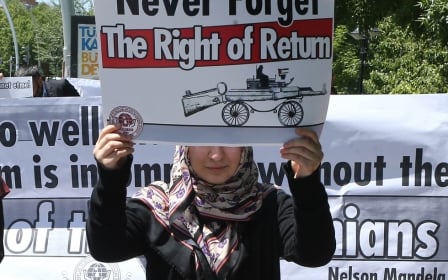