Lebanon: Hezbollah and US wrangle over country's devastating fuel crisis Lebanese soldiers are pictured at a petrol station in Beirut on 14 August 2021, after troops were deployed to force several stations to reopen (AFP)
By
Kareem Chehayeb

The announcement by Hezbollah secretary-general Sayyed Hassan Nasrallah on Thursday that an Iranian fuel tanker was en route to Lebanon has sent shockwaves across the economically devastated country.

"God willing, this ship and others will arrive safely," Nasrallah said in a televised speech, adding that his Iran-backed movement intended to distribute fuel to hospitals, medicine and food manufacturers, bakeries, and private generator distributors - all of which have been struggling to keep a steady supply for months.

Nasrallah warned adversaries the United States and Israel against interfering, saying the shipment, which violates a US-imposed embargo on Iran, is considered "Lebanese territory".

Analysts have suggested that the move means that Lebanon's deadly fuel crisis may end up spilling over from being a local issue into a geopolitical one - something which could end up taking attention away from the serious issues at home.

There are few details so far about the Iranian fuel tanker that set off from the country on Thursday.

According to Iran's Nournews, an unnamed group of "Lebanese Shiite businessmen" purchased the fuel and financed its shipment.

Though Hezbollah says the ship has set sail, the Lebanese Energy Ministry told MEE said they have "not received any request from any Iranian oil tanker". Hezbollah's opponents in Lebanon have accused Nasrallah of fanning the flames of a tense political and economic crisis in the country with his announcement.

"These positions will multiply the people's economic suffering and living conditions, and pave the highway to hell," Hariri said in an online statement, claiming that Lebanon could be under sanctions and financial punishment "similar to the sanctions on Venezuela".

"You are letting Hezbollah handle these matters through crooked and internationally illegal means," Geagea said in an online statement. "That will expose Lebanon to a real catastrophe."

Neither Aoun's office nor his party, the Free Patriotic Movement, have commented on the Iranian fuel tanker.

Lebanon has been suffering from a crippling economic crisis. Its local currency has lost about 90 percent of its value, and an estimated 78 percent of its population lives in poverty.

The country has been without a fully fledged government for almost 13 months, and faces some of the most heated tensions among its mosaic of sectarian political parties.

'Broadly speaking, fuel from a country subject to numerous sanctions, like Iran, is not a solution to Lebanon's long-term structural problems'

As Lebanon ran out of reserves, its Central Bank suddenly lifted its expensive and inefficient fuel subsidies programme, with no social protection programme to cushion the blow.

Fuel shortages have worsened to the point that hospitals and bakeries are struggling to stay in operation, while most households only get a few hours of electricity each day and drivers have to queue for hours at a time to top up their vehicles.

International governments and organisations have pledged billions of dollars to help Lebanon recover from the crisis, on the condition that the country implements sweeping reforms to end wasteful spending and rampant corruption.

Nasrallah has spoken several times about resorting to trading with Iran and China in the absence of economic assistance to make Lebanon's shattered economy viable again, which has alarmed the United States, Gulf states, and their allies in Lebanon, concerned at increasing Iranian influence.

A US State Department spokesperson told MEE it had no comments to make in response to Nasrallah's statement, but it was "monitoring the situation".

"Broadly speaking, fuel from a country subject to numerous sanctions, like Iran, is not a solution to Lebanon's long-term structural problems," the spokesperson added.

"From one side, Hezbollah maintains the perspective of its supporters that they are an entity that achieves constant victories and successes and can do the impossible - bringing an Iranian tanker into Lebanon would fall under that category," El Halabi told MEE.

'If the Israelis attack the tanker, or the United States obstruct it, then this would be another win for Hezbollah'

"If they do give fuel to hospitals for example, then they would sell this to the international media to show that they are saving lives and so on."

Away from its political and economic meltdown, the news of Lebanon's worsening fuel crisis and living conditions has emotionally moved its large diaspora and many others abroad, who have organised several fundraisers and donations drives to try to mitigate the situation.

According to Karim Merhej, a non-resident fellow at the Tahrir Institute for Middle East Policy, this move is in line with Hezbollah's efforts to portray itself as an entity outside of Lebanon's ruling elite.

This is especially important after mass protests swept Lebanon in late 2019, calling on the country's ruling political parties to step aside after decades in power. Hezbollah, however, condemned the protests.

"Hezbollah has MPs and ministers in power, and key allies in government," Merhej told MEE.

"But they find it crucial to portray themselves as [a group] outside of the state that doesn't engage in corruption."

While critics at the opposite end of the political spectrum blame the party as a key source of corruption and cause of economic misery, Hezbollah and some allies have often argued that the international community is besieging Lebanon by not unlocking economic aid.

The movement, which is known for its deep patronage and security network, is often labelled by its critics as a "state within a state".

Now, with the economy in Lebanon crumbling and no recovery in sight, El Halabi said that Hezbollah officials were trying to show that they could overcome the odds to provide for its constituents.

"If the Israelis attack the tanker, or the United States obstruct it, then this would be another win for Hezbollah," the political analyst said.

"They would say that this is proof that the world is besieging Lebanon, and that they are being obstructed from giving fuel to hospitals on the brink or people waiting for hours to fill their cars with gas."

Shortly after Nasrallah's announcement, US Ambassador to Lebanon Dorothy Shea called out the Hezbollah leader for pinning the blame on Washington for Lebanon's woes.

"He [Nasrallah] can try as much as he wants to pin it all on the United States, and he can call me names," Shea said in an interview with Saudi-owned Al Arabiya.

"Seriously, is that the best he can do?"

Hezbollah is designated by the United States as a terrorist organisation and has been sanctioned, alongside some of its allies in the country.

Last month, then prime minister-designate Saad Hariri met with Egyptian President Abdel Fattah el-Sisi and other high-ranking officials in Cairo, and discussed exporting natural gas to Lebanon via Jordan, with the World Bank funding the export. 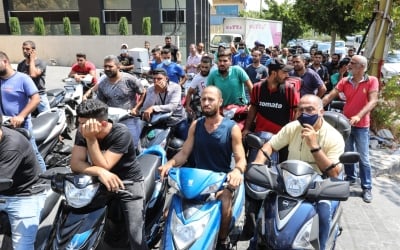 The endeavour faces a major obstacle, given that the natural gas would go through a Syrian pipeline into Lebanon, which could violate provisions under the Caesar Act sanctions that target the Syrian government.

"This dispels myths that the United States will outsource Lebanon to Iran and Hezbollah, but it shouldn't mean that investments will pour into the country," El Halabi told MEE.

"If the Americans can find a sustainable solution [for the fuel crisis] then it would be a win for them."

A State Department spokesperson did not comment when asked about the status of the endeavour, but called on Lebanon to form a fully fledged government and enact swift structural reforms.

"The US government supports efforts to find creative, transparent, and sustainable energy solutions that will address Lebanon's acute energy and fuel shortages," the spokesperson told MEE.

But ultimately, both analysts say neither option is totally viable in the long term for Lebanon. Merhej said Lebanon needs wholesale changes.

"I see all this as geopolitical hand wringing," he told MEE, adding that there needs to be reform in "every sector and state institution".

"We see this geopolitical framing where bringing Iranian fuel is seen as either some victory against American imperialism or that Lebanon has become an Iranian satellite state," Merhej said.

"But this is detracting from the real issue that the country is run by criminals who destroyed the country, and that we need systematic change from all levels."

"Some gas from Egypt or a fuel tanker from Iran are not sustainable solutions." 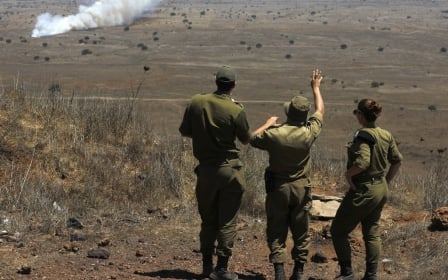 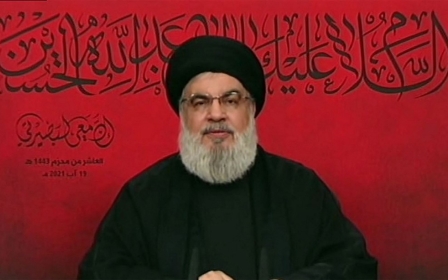