Hezbollah killed its own commander in Syria, claims Israel BEIRUT, Lebanon - Hezbollah's chief commander in Syria was killed by his own troops on the orders of the group's leader Hassan Nasrallah, according to claims in Israel on Tuesday amid growing tensions with the Lebanese militant group.

Gadi Eisenkot, an Israeli army general, told a conference in Netanya that Mustafa Badreddine died last May at the hands of his own fighters, and said his killing highlighted "the depth of the internal crisis within Hezbollah" and betrayed "the extent of the cruelty, complexity and tension between Hezbollah and its patron Iran".

An Israeli military official told the AP news agency that Israel believed the order to kill Badreddine, known by the nom de guerre "Zulfikar", was given by Hassan Nasrallah. The official provided no evidence, however.

Hezbollah's Aleppo: Victory at any cost, even to civilians
Read More »

Eisenkot said Badreddine's assassination showed Hezbollah was suffering "an internal crisis over what they are fighting for, an economic crisis and a leadership crisis".

The claims come weeks after Middle East Eye reported Hezbollah fighters as saying a man named "Zulfikar" had killed several Iranian fighters in an incident in Tell Eiss, south Aleppo, during a dispute over lack of Iranian support in the battle for the provincial capital.

At the time of his death last year, the group said Badreddine had been killed in a strong explosion at one of its centres near the Damascus International Airport.

There was however no record of an attack taking place at the time and no rebel group claimed credit.

Hezbollah said Badreddine was a "great jihadi leader", and blamed Syrian rebels for his death, although Hezbollah MP, Nawar al-Saheli, attributed the attack to Israel, and vowed that "the resistance will carry out its duties at the appropriate time”.

In a letter, Iran's foreign minister, Mohammad Javad Zarif, extended condolences "for the martyrdom of this great jihadist ... who embodied devotion and vigour and was legendary in his defence of high Islamic goals and his defence of the Lebanese people who resist oppression and terrorism."

For years, Badreddine masterminded military operations against Israel from Lebanon and overseas and managed to escape capture by Arab and Western governments.

The 55-year-old was also one of five people tried in absentia for the murder of former Lebanese prime minister, Rafik Hariri, alongside 22 others.

According to the New York Times, the commander was accused of having helped plan the truck bombing that killed 241 US marines in Beirut in 1983.

Badreddine was also suspected of involvement in the 1983 bombings of the US and French embassies in Kuwait that killed five people.

He was imprisoned for years in Kuwait until he fled jail in 1990 during Saddam Hussein's invasion.

Mohammed Afif, a Hezbollah spokesman, said Israel's allegations were "lies that do not deserve comment".

However Brahim Beyram, a Hezbollah expert for Beirut newspaper an-Nahar, discounted the Tuesday statements from Israel as part of a "propaganda war Israel is launching on Hezbollah".

"Regarding the Tell Eiss incident, the name Zulfikar is a common name within Hezbollah ranks and I do not believe a military man with the stature of Badreddine could act in such a rash way.

"He was a very aware man who knew his responsibilities, and it’s highly improbable he would be involved in anything like that."

The Israeli claims come amid rising tensions between the two foes. On Tuesday, the Israeli military confirmed that a "Skylark" surveillance drone crashed in Syria earlier this week.

Hezbollah's media centre published photographs of what it said was a drone it had shot down in Syrian airspace in the Golan Heights.

Last week, Israel shot down a Syrian anti-aircraft missile fired at an Israeli aircraft carrying out an air strike on a suspected Hezbollah weapons convoy in Syria. 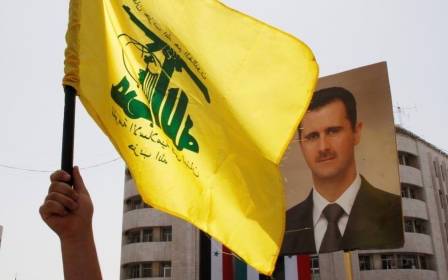 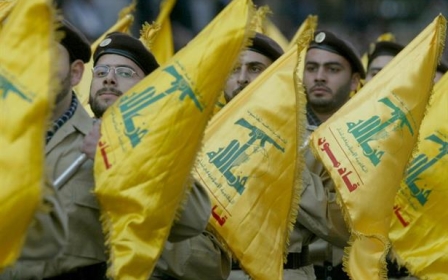