How 'Homeland is racist' graffiti appeared on the set of Homeland 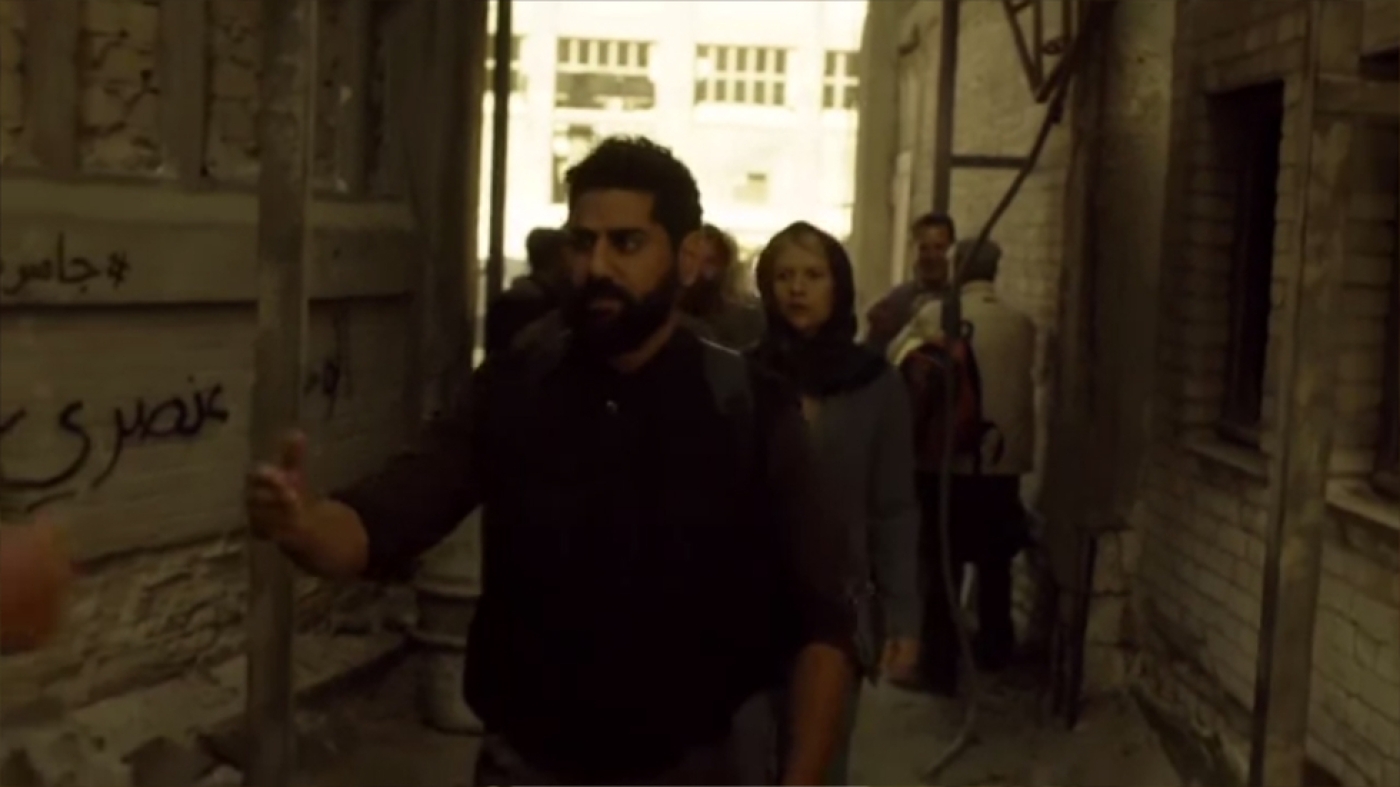 A CIA agent played by Claire Danes walks past graffiti in a fake refugee camp that reads 'Homeland is racist' (www.hebaamin.com)
By
MEE staff

A group of artists hired to create authentic-looking Arabic graffiti for the set of the US-made television series Homeland instead used their spray cans to scrawl subversive messages like “Homeland is racist” and “This show does not represent the views of the artists.”

Homeland, based on an Israeli television series and screened in the US since 2011, has won plaudits for its acting and high production values.

However, it has also attracted fierce criticism from those who feel that its portrayal of characters from Muslim-majority countries is biased and encourages negative stereotypes.

In late 2014, a diplomatic row even erupted over the show, when Pakistani officials lashed out at Homeland’s producers for portraying the country as a “grimy hellhole,” a Pakistani diplomat said at the time.

Earlier this year, three artists, Stone, Caram Kapp and Heba Amin, were approached by a production company looking for “Arabian street artists” to turn the show's set in a Berlin suburb into an authentic Syrian refugee camp in Lebanon.

The artists, who now call themselves Arabian Street Artists, signed on for the job and decided to “hack” the series with subversive messages. On Sunday, after the episode featuring their art, titled “The Tradition of Hospitality,” aired, they put out a statement explaining their decision to “bomb” the show.

“For four seasons…Homeland has maintained the dichotomy of the photogenic, mainly white, mostly American versus the evil and backwards Muslim threat,” the artists wrote.

Accusing the series of “dangerously feeding into the racism of the hysterical moment we find ourselves in today,” the Arabian Street Artists said they decided to use the opportunity to “subvert the message using the show itself”.

The phrases they chose range from politically subversive to absurdist: “Homeland is not a series,” “Black Lives Matter” [transliterated into Arabic script], “Freedom…now in 3-D” and “Homeland is a watermelon” were among the slogans that made it onto the walls of the set.

In one scene of the latest episode, a CIA officer played by Claire Danes is seen walking through an alley of the refugee camp after paying a Hezbollah commander $40,000 to protect her, past a scrawl of graffiti reading “Homeland is racist.”

Heba Amin, who also teaches visual arts at the University of Cairo, said the artists were initially cautious about the slogans they used.

“Initially we started writing, and then we realised we could write whatever we wanted,” she told the Washington Post.

“We knew there wasn’t much research [or] energy going into accurately depicting the region. This is why we had the idea to begin with.” 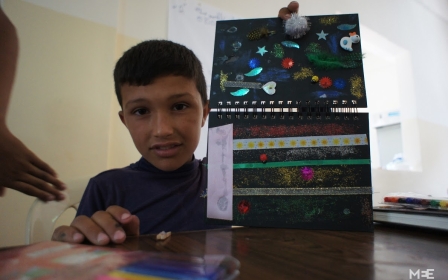 Refugees
Art-based therapy for young refugees: Can art save lives?