Israel is still using draconian military orders to deny Palestinians their fundamental rights in the occupied West Bank, 52 years after they seized the territory, says a Human Rights Watch report on the Israeli occupation.

It is the first report issued by the New York based group since its regional director Omar Shakir was expelled from Israel last month. Military orders are part of the separate Israeli legal system applied to Palestinians living in the occupied territories, which Palestinian activists have denounced as deeply discriminatory. Between 1948 and 1968, Israel also used a similar military administration on Palestinian citizens of Israel.

The 92-page report highlights how Israeli military orders since 1967 are a continuation of the British Mandate's emergency act prior to the establishment of the state of Israel.

Since then, Israeli authorities and military courts have used military orders to deprive Palestinians living under occupation in the West Bank of rights that are considered basic in other countries.

The report points to Military Order 101, which, it says, “criminalises participation in a gathering of more than ten people without a permit on an issue ‘that could be construed as political,’ punishable by a sentence of up to ten years”.

Issued after Israel occupied the West Bank, the Gaza Strip and East Jerusalem during the 1967 war, Military Order 101 has been used to detain thousands of Palestinians for attending protests or participating in other non-violent political movements.

“After 52 years of occupation, Israel can no longer justify depriving Palestinians of their basic rights based on the need of military occupation," HRW director for Israel and the Palestinian territories Omar Shakir told Middle East Eye.

"It is increasingly clear that there is no end in sight to Israel's continued control and discriminatory regime against Palestinians, who are entitled to their core human rights. Those rights should not wait for a political arrangement.”

HRW postponed a media conference in Amman to discuss the report on Tuesday after it only belatedly obtained security clearance from Jordanian authorities. Jordanian law requires getting permits for holding media conferences in the country.

Breaking: the Jordanian authorities just called to inform @hrw that they belatedly approved our request to hold a press briefing on our new report, “Born Without Civil Rights.” We are exploring rescheduling it for later this week. Updates to follow. https://t.co/prOHl6aJpJ

The conference was set to be the first public appearance in Jordan for Shakir since Israeli authorities deported him last month.

Israel accused Shakir of being a supporter of the Boycott, Divestment and Sanctions (BDS) movement, which calls for broad-ranging financial pressure to push Israel to end its rights abuses against Palestinians - an accusation Shakir and HRW have denied.

The expulsion, upheld by Israel’s Supreme Court, made Shakir the first HRW official to be expelled from the country under a controversial 2017 law allowing the deportation of foreigners who support the boycott, according to authorities. 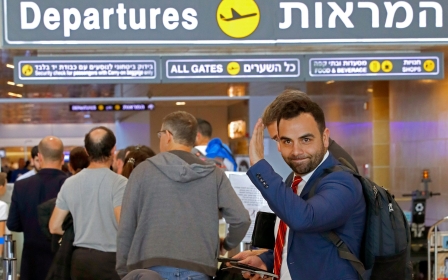 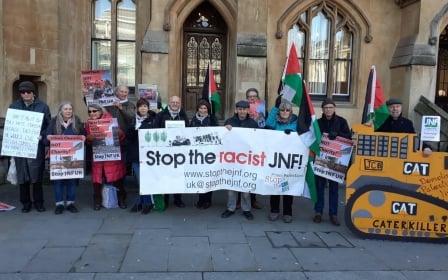 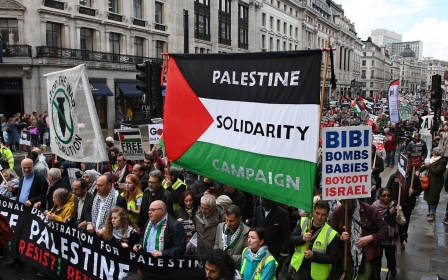