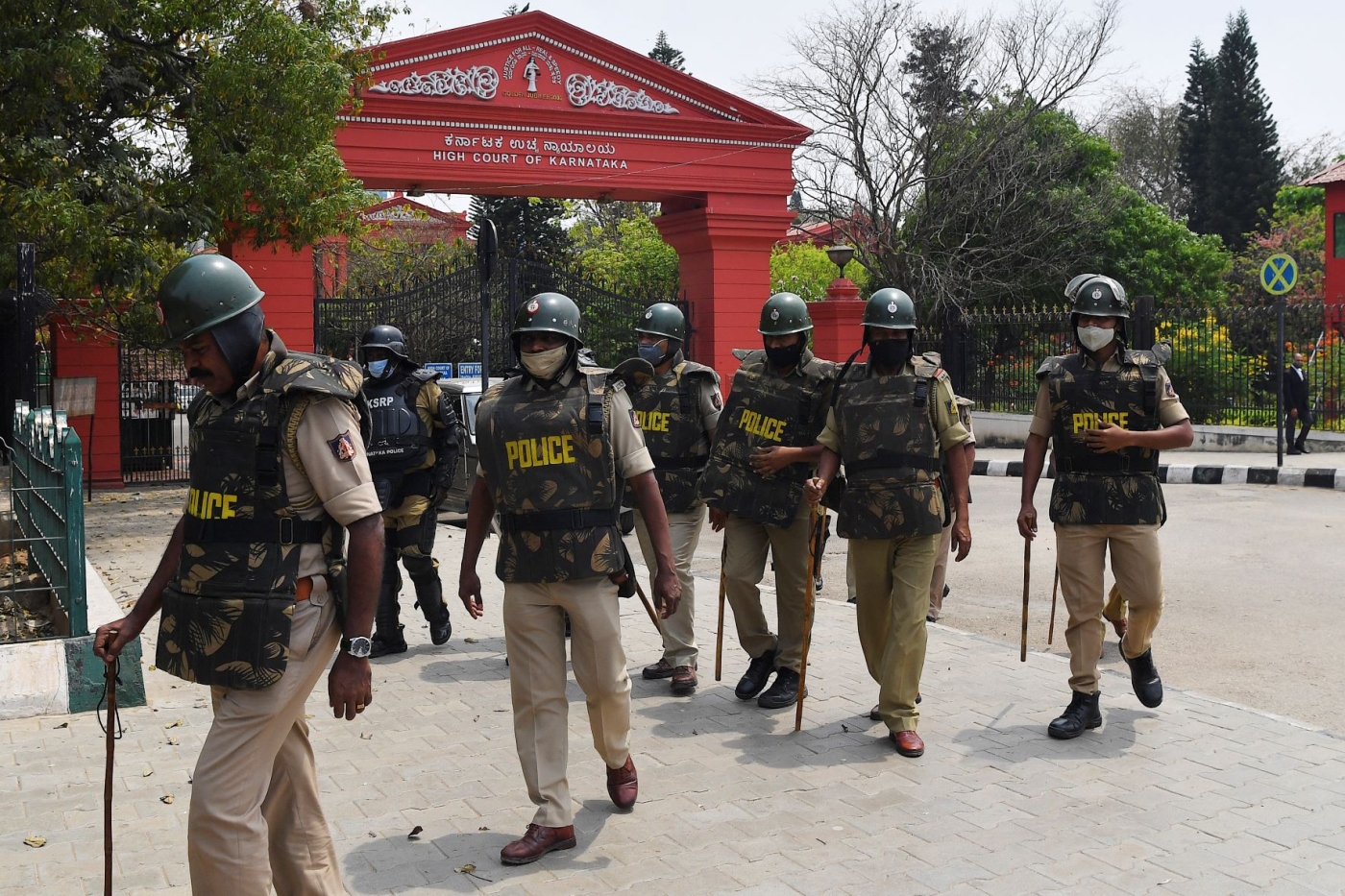 Police in front of the Karnataka High Court in Bangalore on 15 March 2022, after the court upheld a local ban on the hijab in classrooms (AFP/file photo)
By
MEE and agencies

A youth leader from India's ruling Bharatiya Janata Party (BJP) has been arrested for anti-Muslim comments as a row over Islamophobia continues in the country. 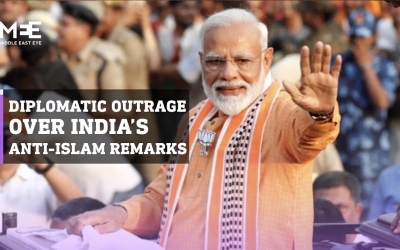 He said that at least 50 people were taken into custody following the tensions in Kanpur.

Sporadic unrest was reported in other parts of the country after the comments against the Prophet Muhammad by BJP spokeswoman Nupur Sharma during a television debate.

She has been suspended from the party, while another spokesman, Naveen Kumar Jindal, was expelled over comments he made about Islam on social media, the BJP has said.

The influential 57-member Organisation of Islamic Cooperation said in a statement that the insults came in the context of an increasingly intense atmosphere of hatred toward Islam in India and systematic harassment of Muslims. 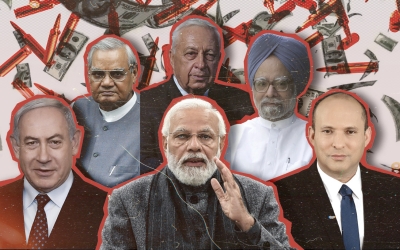 India and Israel: The arms trade in charts and numbers
Read More »

India's foreign ministry said on Monday the offensive tweets and comments did not in any way reflect the government's views.

The controversy has become a diplomatic challenge for Modi, who in recent years has cemented strong ties with energy-rich Islamic nations.

Instructions have been issued to several members of his Hindu nationalist party to be "extremely cautious" when talking about religion on public platforms.

Members of Islamic rights groups in India said it was the first time influential foreign leaders had spoken out against what they called the humiliation experienced by the minority community.

"Our voices have finally been heard. Only world leaders can nudge Modi's government and his party to change their attitude towards Muslims," said Ali Asghar Mohammed, who runs a voluntary rights group for Muslims in Mumbai. Politics
India-Gulf row: Why Modi is in a double bind
CJ Werleman