Only 280,000 barrels are sold out of one million offered, and they sell for more than $4 below initial asking price Iran sold oil to private buyers through its energy exchange for the first time on Sunday as part of its efforts to counter the imminent return of US sanctions.

Only 280,000 barrels were sold out of one million offered and they went for $74.85 per barrel, more than $4 below the initial asking price, AFP said.

The identity of the buyer remained a secret, with the conservative Fars news agency saying only that a conglomerate of private firms had made the purchase through three brokerages.

The US is set to reimpose sanctions on Iran's oil industry on 4 November, following President Donald Trump's decision to walk out of the 2015 nuclear deal in May. Companies that buy Iranian crude after sanctions take effect may be cut off from the US financial system.

The oil ministry's news website SHANA said Sunday's crude sales were carried out in increments of 35,000 barrels, according to the Business Standard’s website.

Buyers will pay 20 percent of the total value of their purchases in Iran’s national currency, the rial, with the remaining payments made in foreign currencies after loading, PressTV said.

The plan to sell oil to private companies on the energy exchange was floated in July by First Vice-President Eshaq Jahangiri with the aim of "defeating America's efforts ... to stop Iran's oil exports".

The government hopes selling to private buyers, rather than direct to foreign clients, will make it harder for the US to monitor and stop its sales.

China’s government told at least two of its state oil companies to avoid purchasing Iranian oil as the US prepares to impose the sanctions, Bloomberg reported last week.

"With the imminent return of a new wave of sanctions, the government is determined to utilise the manoeuvering ability of the private sector to sell Iran's oil and find new markets," Hamidreza Salehi, director of Iran's energy exports federation, told semi-official news agency ILNA.

Some estimates show Iran's crude exports have already dropped by a third since May when it was selling about 2.5 million barrels per day.

The government intends to offer oil on the energy exchange once a week, according to Fars.

Its initial base price on Sunday was $79.16, but it received limited bids as much as $16 lower as trading began, the exchange's website showed.

The buyer only emerged after the base price was dropped to $74.85 in the closing hours.

The head of Iran's securities and exchange organisation, Shapour Mohammadi, said on Friday that the identity of the buyer would not be revealed. US Sanctions
US sanctions 'out of control,' Iran's foreign minister says 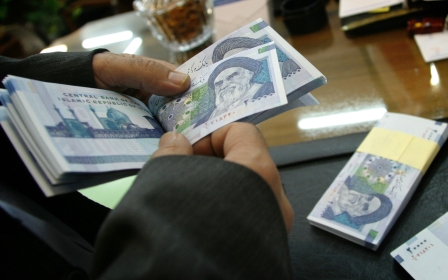 US Sanctions
US announces sanctions against Iranian paramilitary force 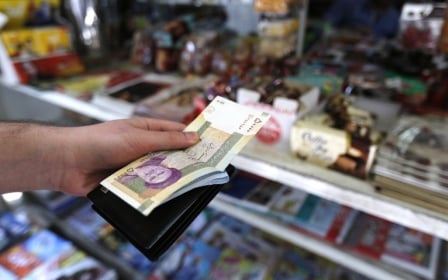