Allegation comes as Kuwait, Bahrain, Iraq and Oman all report first cases of virus rapidly spreading in the Middle East A member of parliament from Iran's Qom has accused the government of covering up the full extent of the coronavirus outbreak, saying 50 people had died in the holy city, according to semi-official news agency ISNA.

In the report, Ahmad Amirabadi Farahani accused Iran's health minister of "lying" about the outbreak, which authorities said on Monday had killed 12 people across the country, with up to 61 infected. The ILNA news agency, which is close to reformists, said the lawmaker spoke of "50 deaths" in Qom alone.

Following the report, Iran's government pledged to be transparent with its figures.

"We will announce any figures [we have] on the number of deaths throughout the country. We pledge to be transparent about the reporting of figures," government spokesman Ali Rabiei said in a news conference aired live on state television.

The allegation came as Kuwait, Bahrain, Iraq and Oman all confirmed on Monday their first coronavirus cases.

Kuwait reported three infections and Bahrain one, adding that all had come from Iran.

Iraq said its first case was an elderly Iranian national living in the southern city of Najaf, according to health officials.

The two Omani women diagnosed with the disease had visited Iran, Oman TV said. The women were in a stable condition, it said.

Oman's civil aviation authority has halted all flights between the sultanate and Iran, it added.

The Kuwaiti health ministry said in a statement posted on Twitter: "Tests conducted on those coming from the Iranian holy city of Mashhad showed there were three confirmed cases of the coronavirus (COVID-19)."

It said the cases were of a 53-year-old Kuwaiti man, a 61-year-old Saudi citizen and a 21-year-old stateless Arab.

"All three cases are under constant observation by the health authority," the ministry added. 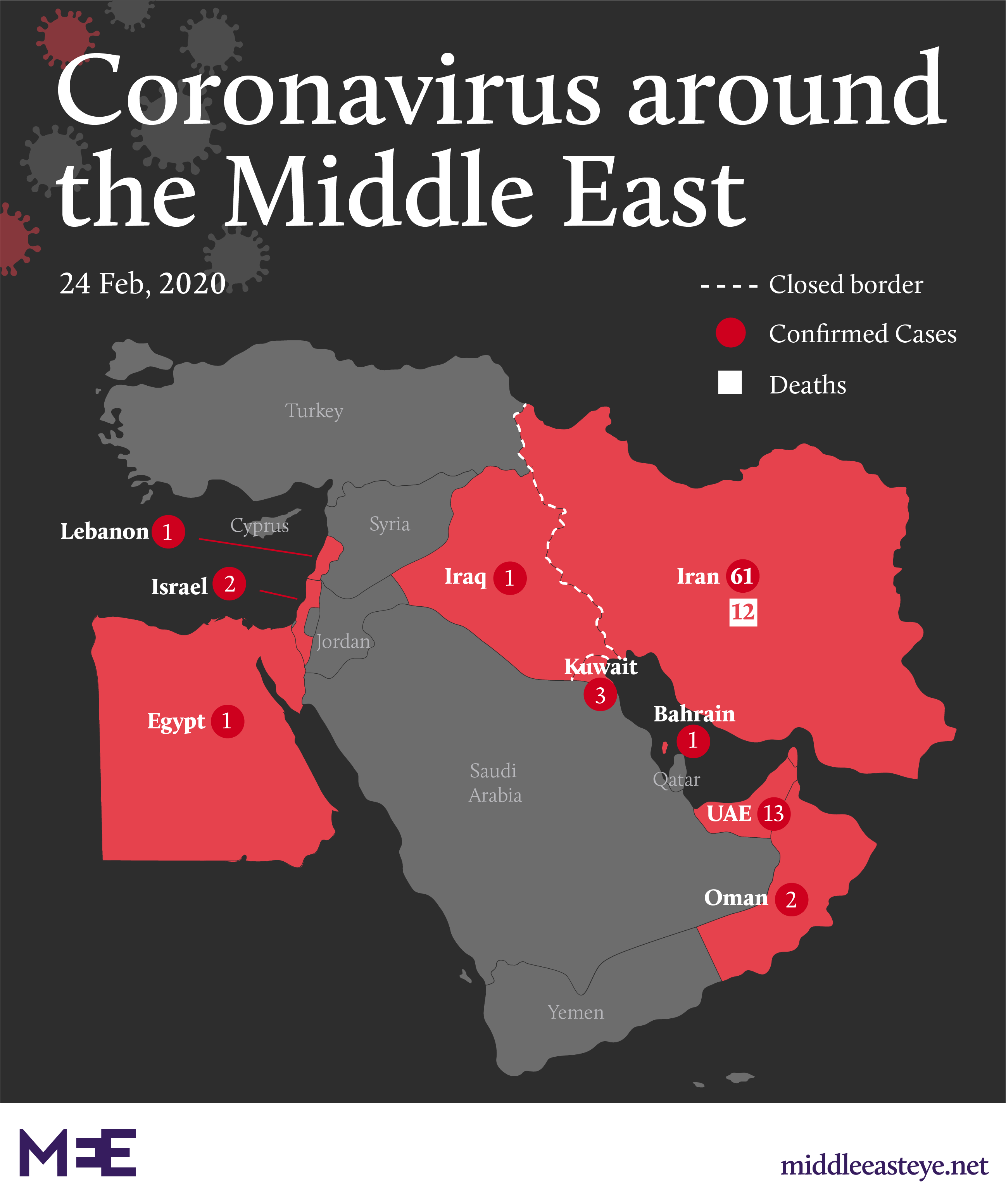 Bahrain's health ministry also reported the country's first case on Monday after a "citizen arriving from Iran was suspected of having contracted the virus based on emerging symptoms".

The patient was transferred to a medical centre for "immediate testing", which proved positive for the infection, the ministry added.

Five of Iran’s seven neighbours, Iraq, Turkey, Afghanistan, Pakistan, and Armenia, have now closed their borders to the Islamic Republic.

Last week, Kuwait banned entry of all ships from Iran and suspended flights to and from the country.

Kuwait had also banned non-citizens coming from Iran from entering the Gulf state and operated chartered flights to bring back hundreds of Kuwaiti pilgrims from the Islamic Republic.

Iraq said it closed the only border crossing with Kuwait at Safwan, south of Basra, at the emirate's request, late on Sunday. Over half of Bahrain's population of under one million are Shia, who also travel frequently to Iran.

The United Arab Emirates has already announced 13 cases of the coronavirus, all of them foreigners.

The latest were a 70-year-old Iranian man, whose condition is unstable, and his 64-year-old wife.

Three Chinese nationals were treated for COVID-19 and have been discharged from UAE hospitals.

Turkey closed its border with Iran and suspended flights from the country on Sunday, while Jordan said it would bar entry to citizens of China, Iran and South Korea and other foreigners travelling from those countries in response to the outbreak.

Around 180 South Koreans returned home on Sunday after being stranded in Israel when flights between the countries were stopped by Israel due to concerns over the coronavirus outbreak.

Israel said late on Saturday it would bar travel to and from South Korea after a spike in coronavirus cases there.

This coincided with news that a group of South Korean pilgrims, nine of which later tested positive for the virus, had toured some of the country's most popular sites earlier in the month, stoking fears of a local outbreak.

UAE airlines have suspended most flights to China, where the virus first emerged in December, except to the capital Beijing, but they have not yet taken any measures to restrict travel to and from Iran.

Around half a million Iranians live and work in the UAE.

Three Gulf states - Saudi Arabia, Oman and Qatar - remain free of the virus, but all have suspended flights to China.

Qatar Airways said on Monday it will quarantine people arriving from Iran and South Korea, the biggest hotspot outside of China, for 14 days.

The virus has spread to more than 25 countries and is causing mounting alarm due to new outbreaks in Europe and Asia. 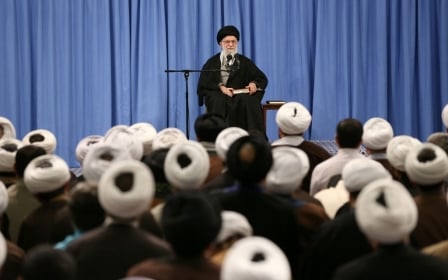