Meanwhile, thousands in Iran die of drug abuse within months and Iranian shepherds are in high demand in Armenia, especially if they speak Arabic 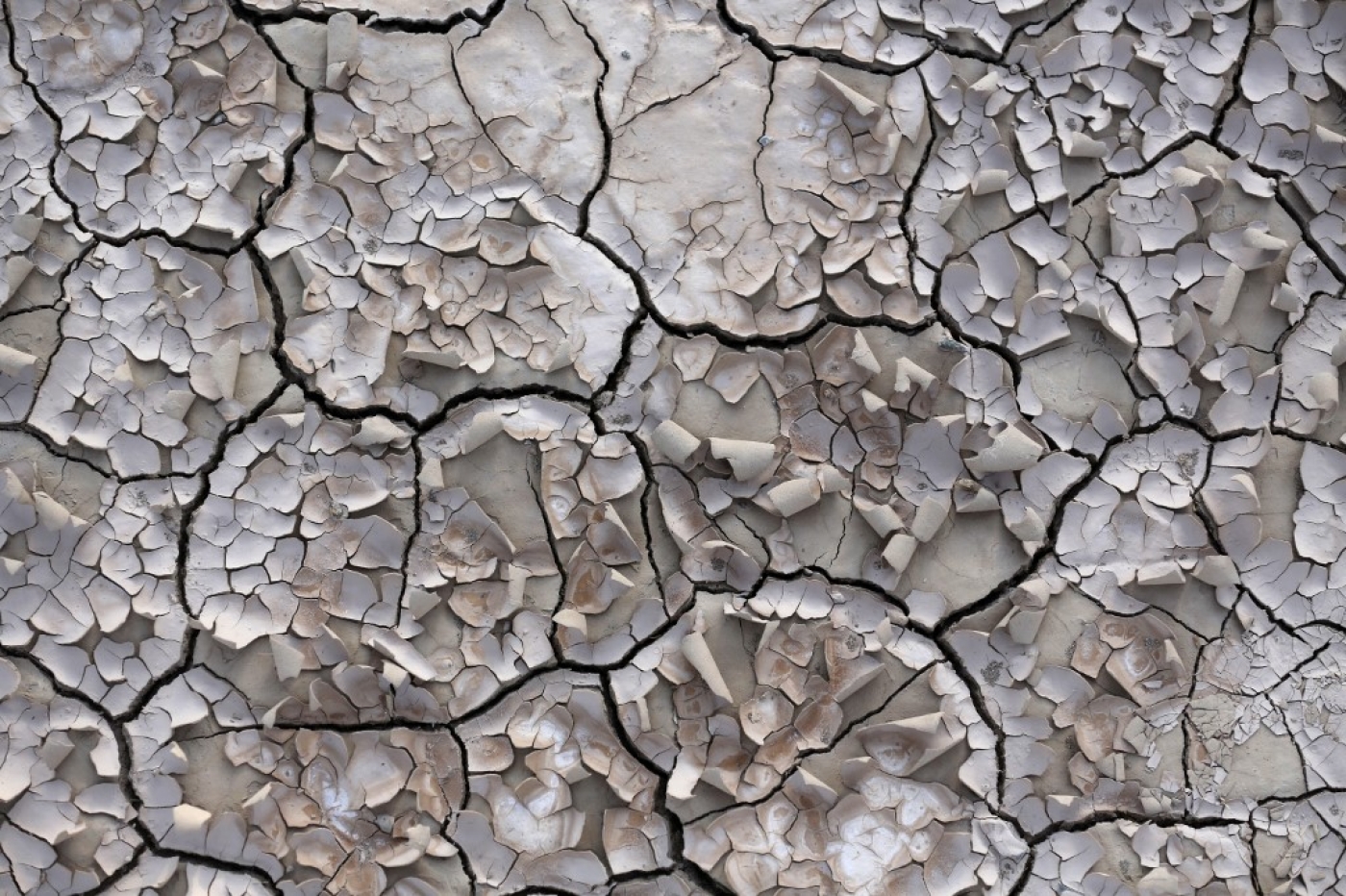 A picture of dry soil taken in a pistachio field near the southern Iranian city of Sirjandue, in a village abandoned due to the lack of water (AFP/file photo)
By
MEE correspondent

Somayeh Rafiei, the head of the Iranian parliament's environmental committee, has admitted that Iran's soil has been smuggled to Arab states in the Gulf due to a lack of preventive regulations.

Since the early 2000s, environmental activists have organised several campaigns to halt soil smuggling from Iran, especially the internationally known red soil of the Hormoz Island.

'According to the law, it is illegal to smuggle the soil, and those who do that, should be punished, but we witness the soil smuggling has so far continued'

However, officials have repeatedly denied the existence of soil smuggling, saying that Iran's soil had been exported to other countries in "limited amounts".

"According to the law, it is illegal to smuggle the soil, and those who do that, should be punished, but we witness the soil smuggling has so far continued," the Tasnim news agency quoted Rafiei as saying.

According to Tasnim, soil smuggling has been increasing in Iran in recent years and "millions of tons of fertile soil" have been smuggled from Iran to Gulf countries.

Esmaeil Kahrom, a well-known Iranian environmentalist and former advisor to the head of Iran's environment organisation, last year warned that despite the officials' denial, one truck of Iran's soil was sold in the Gulf for as little as eight dollars.

Opioid addiction on the rise

Iran's health ministry announced that during the first half of the Iranian year (which began on 21 March), 2,490 people died of causes related to overdose or complications related to consuming drugs. The number shows a 6.5 percent rise compared to the same period in 2020.

According to this report, 2,123 of those who died were men, and 367 were women, the Jam-e Jam daily wrote, adding that according to the data, 13 people die from drug abuse every day in the country.

This is the third consecutive year that drug-related deaths in Iran have been on a sharp rise.

Consumption of heroin and methamphetamine is common in Iran, which has one of the highest numbers of drug addicts in the world. Official data say over four million drug addicts lived in Iran in 2020.

Meanwhile, experts told the daily that the actual number of addiction deaths is much higher than the official number since some family members of addicts do not report the real cause of deaths.

The health ministry's data showed that the highest number of deaths occurred among the addicts who consumed the synthetic opioid medicines Methadone and Tramadol, with 1,068 people dying within the first six months of the year due to consuming those medicines.

Saeid Sefatyan, a rehabilitation expert, told the daily that with the current policy that allows the easy distribution of these medicines, the high number of deaths related to opioid consumption was predictable.

"Tramadol is a cheap and accessible medicine which is easily available in pharmacies, so it is not surprising to see the number of people dying for taking those medicines has been rising," Sefatyan said.

The Armenian government has advertised jobs for Iranian shepherds with a monthly salary of $400, explaining that those who can speak Arabic will receive an extra $100, local media reported.

The compensation offered by the Armenian government for the job was more than two times higher than the average income of Iranian shepherds.

However, while some sources close to the establishment in Iran questioned the authenticity of these advertisements, Mansour Pourian, chairman of Iran's livestock supply council, confirmed the news.

Pourian underlined that Armenia planned to produce one million cattle per year to fill the gap left by Iran in the livestock market in Iraq and Gulf countries.

Iran used to be one of the leading livestock suppliers to those countries. But following the 2018 reimposition of US sanctions on its economy, Tehran banned all livestock exports to control the rising prices inside the country.

According to Pourian, shepherds with Arabic knowledge are in higher demand because they can explain to Arab importers how they would raise the cattle in Armenia in the same way as they did in Iran.