Supreme Leader Ayatollah Ali Khamenei said Eid would fall on Sunday, while senior clerics said it would be marked on Monday Shia Iranians in a rare event mark the end of the holy month of Ramadan this year on separate days - Sunday or Monday - depending on different religious authorities' edicts.

Supreme leader Ayatollah Ali Khamenei announced on Saturday evening on his official website that the Eid al-Fitr festival would fall on Sunday this year.

But the country's other senior Shia clerics, or marjas - whose guidance believers follow and who are seen as a "source of emulation", including Javadi Amoli, Makarem Shirazi and Safi Golpayegani, among others - have issued separate statements saying the holiday would be celebrated on Monday, according to AFP.

There is no "political motive" behind this discrepancy over the date, contrary to what "some people might think", Alireza Movahednejad, a member of the committee linked to the office of the supreme leader that is responsible for announcing the end of Ramadan, said on state TV. The timing of Eid is determined by the position of the moon, in accordance with the Muslim lunar calendar.

In practice, because of the political system of the Islamic republic, almost all open religious sites - affiliated with the state - will mark Eid on Sunday.

The Sunni minority in the country celebrates Eid on Sunday, in line with most of the Muslim world.

Iranian media said Eid prayers were conducted in 110 mosques in the capital Tehran on Sunday, under what official Iranian outlet Press TV described as "strict health protocols" that included social distancing amid the coronavirus pandemic, according to RadioFreeEurope’s website.

Collective prayers are still banned in principle in the city amid the pandemic, but special dispensation has been granted for Eid al-Fitr, one of the most important holidays on the Muslim calendar.

"We're happy to have taken part in prayers here," Massoumeh, 55, said in the foyer of the Samen mosque in the upscale Shahrak-e Gharb neighbourhood in the north-west of Tehran.

She wore a mask covering her face, like the majority of those present.

The prayers were held in the open-air courtyard of the mosque, with disinfectant gel and masks made available to worshippers.

Eid al-Fitr is normally a time for visiting relatives, but many Iranians this year have chosen not to celebrate with elderly family members in order to protect them from the Covid-19 disease.

Iran has been battling the Middle East's deadliest novel coronavirus outbreak since February.

According to Health Ministry spokesman Kianoush Jahanpour, 58 people had died from the illness in the past 24 hours in the Islamic republic, taking the official toll to 7,417 deaths and 135,701 cases.

The Eid holiday was also marked by the traditional pardons granted to prisoners by the supreme leader.

According to the judiciary's official news agency Mizan Online, 3,721 convicts, including a number of people "sentenced for crimes related to state security", were granted pardons.

The agency did not provide further details, but several Iranian media outlets reported that labour activist Esmail Bakhshi and others who took part in protests at the Haft Tapeh sugar factory in the southwestern province of Khuzestan were on the list of those granted amnesty.

Bakhshi was one of the organisers of protests that lasted several weeks at the factory in late 2018, after which he and other activists were sentenced to jail terms ranging from five to seven years.

Bakhshi was released on bail in October 2019 pending his appeal. He claimed to have been tortured while in pretrial detention.

Without acknowledging any irregularities in the proceedings, judicial authorities said in September they had ordered that Bakhshi and his companions be given a "fair and equitable trial" on appeal. 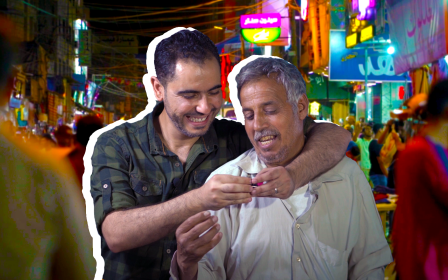