Still, many residents are reluctant to leave their homes and livestock 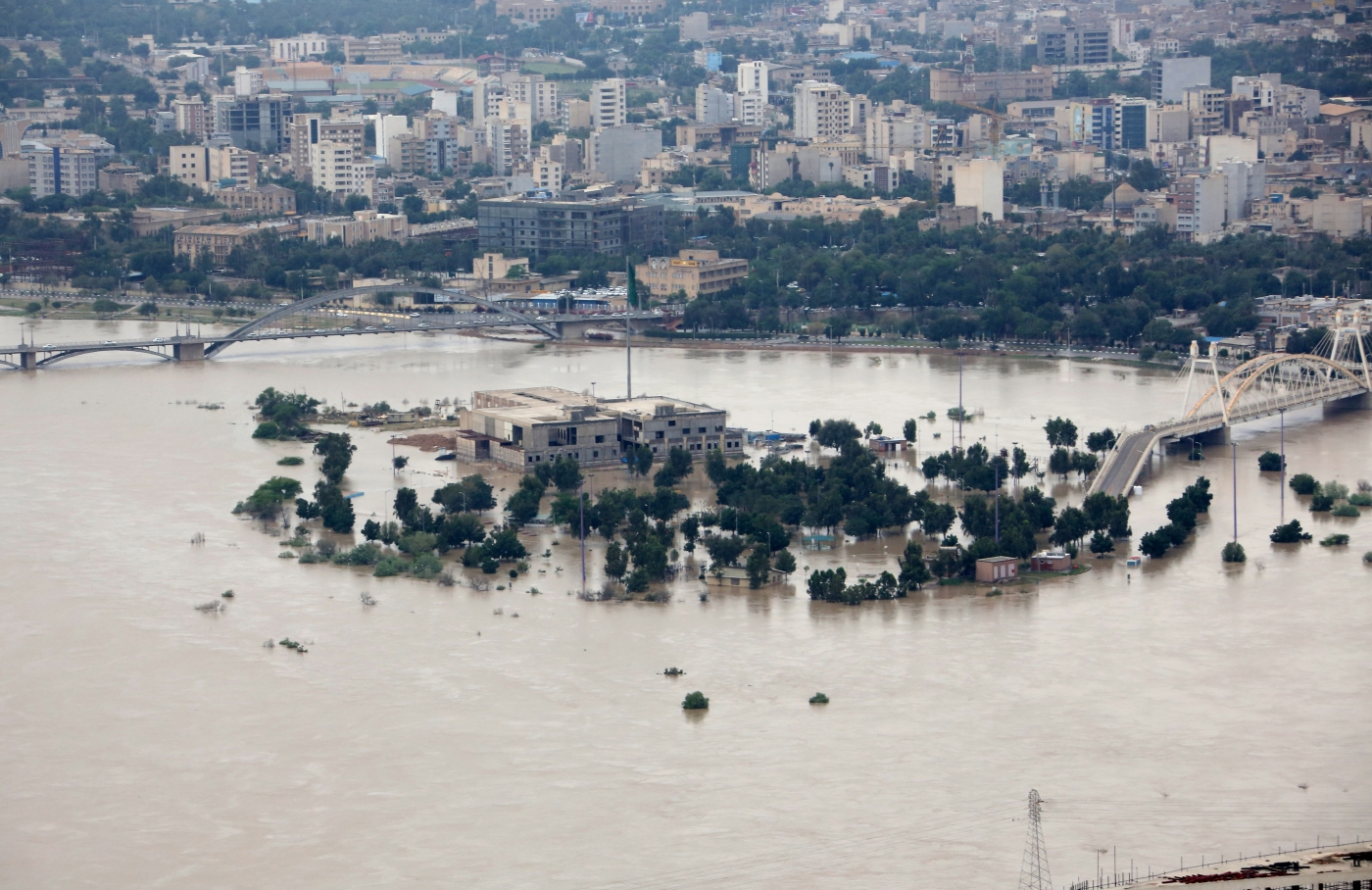 Authorities ordered tens of thousands of residents of the southwestern Iranian city of Ahvaz to evacuate immediately as floodwaters entered the capital of oil-rich Khuzestan province, state television reported.

The province's governor, Gholamreza Shariati, said he ordered the evacuation on Wednesday for five districts as a "precautionary and preventive move to avert any danger", Iran's Tasnim news agency reported.

Residents in two of the districts expressed reluctance to leave, preferring to stay and battle the rising waters, according to AFP reporters on the scene.

"We cannot evacuate the houses. Each household has at least three children, we have lots of cattle, water buffalo, furniture," one resident said without providing his name.

If the floods continue, "we could stay on our roofs or second floors", he added, raising his arms in a sign of desperation.

Behind him, others rushed past carrying sandbags to reinforce a self-made dike just metres away from the advancing water.

Others in the poor and mostly Arab-populated Sayyahi district in western Ahvaz were trying to waterproof their walls with concrete mixes and reinforce front doors with mud and sandbags.

Governor Shariati called on young men in the areas, which have a population of about 60,000 to 70,000, to "help us in building dikes and to assist in the evacuation of women, children and the elderly".

"The Dez and Karkheh rivers have for the first time joined each other near Ahvaz and are now flowing towards the city," Shariati told state TV, adding that this was unprecedented.

Residents in a sixth district, Kianshahr, were also put on standby for evacuation. AFP reporters there Wednesday saw young men scrambling to put furniture into trucks on streets crowded with others doing the same.

Khuzestan province has been struggling with major floods amid heavy rains as well as floodwaters coming from the north.

It is the latest in a series of unprecedented floods that have hit the normally arid country since mid-March, killing at least 70 people in 20 of Iran's 31 provinces.

The flooding, arising from exceptionally heavy rainfall since 19 March, has left aid agencies struggling to cope and has seen 86,000 people moved to emergency shelters.

The government has told citizens, and especially flood-affected farmers, that all losses will be compensated.

Iran’s state budget is already stretched under US sanctions on energy and banking sectors that have halved its oil exports and restricted access to some revenue abroad.

On 1 April, the west and southwest were again swamped by floods when heavy rains returned.

The huge inflow forced authorities to release large volumes of water from the province's biggest dams, which is now threatening some of the cities downstream, including the Ahvaz region, home to 1.3 million.

Authorities ordered the evacuation of six new cities along the Karkheh River on Saturday as the situation neared "critical" status.

"We've been trying to manage the water ... most of it has been diverted towards other channels," Ahvaz Mayor Mansour Katanbaf told ISNA on Sunday.

Still, on Monday a hospital in danger of being flooded was evacuated in Ahvaz as officials battled to contain the rising waters.

Emergency services have been left scrambling to prevent further loss of life and to provide relief to flood-stricken residents.

"Delivering food and hygienic goods to (shelter) camps is our primary priority and we have provided emergency accommodations for about 44,000 people," Iran Red Crescent's head of Relief and Rescue Organisation Morteza Salimi told AFP on Tuesday.

In the city of Susangerd, swamped by floodwaters, AFP reporters saw residents living in tents set up on the roofs of their homes as what had previously been roads had become canals, marked by the palm trees lining the streets.

Red Crescent choppers were providing food and basic goods to regions cut off by floods, with villagers rushing to receive the help as they approached.

The Iranian Red Crescent said days ago that it could not receive financial foreign aid because of US economic sanctions against Iran, which prohibit banking transactions with the country.

The World Health Organization shipped essential medical supplies to Iran on Wednesday to respond to potential diseases caused by the floods, said a WHO press release.

Neighbouring Pakistan said it sent 32 tonnes of tents, blankets and emergency medical kits to Iran, with the first shipment dispatched to Ahvaz.

The countrywide flooding has caused damages worth 150 trillion Iranian rials, more than $1bn, according to an official estimate from lawmaker Mehrdad Lahooti.

Interior minister Abdolreza Rahmani-Fazli travelled to Khuzestan on Wednesday to monitor the progress made in battling the flood, the ministry said. 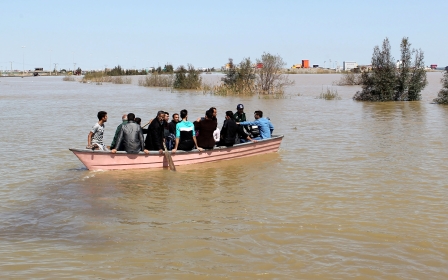 Inside Iran
In pictures: Devastating floods in Iran