Return to nuclear deal does not hinge on who wins Iran's election, analysts say

Time has run out for the current administration to oversee the removal of US sanctions and every likely candidate remains ready to make a deal, analysts say 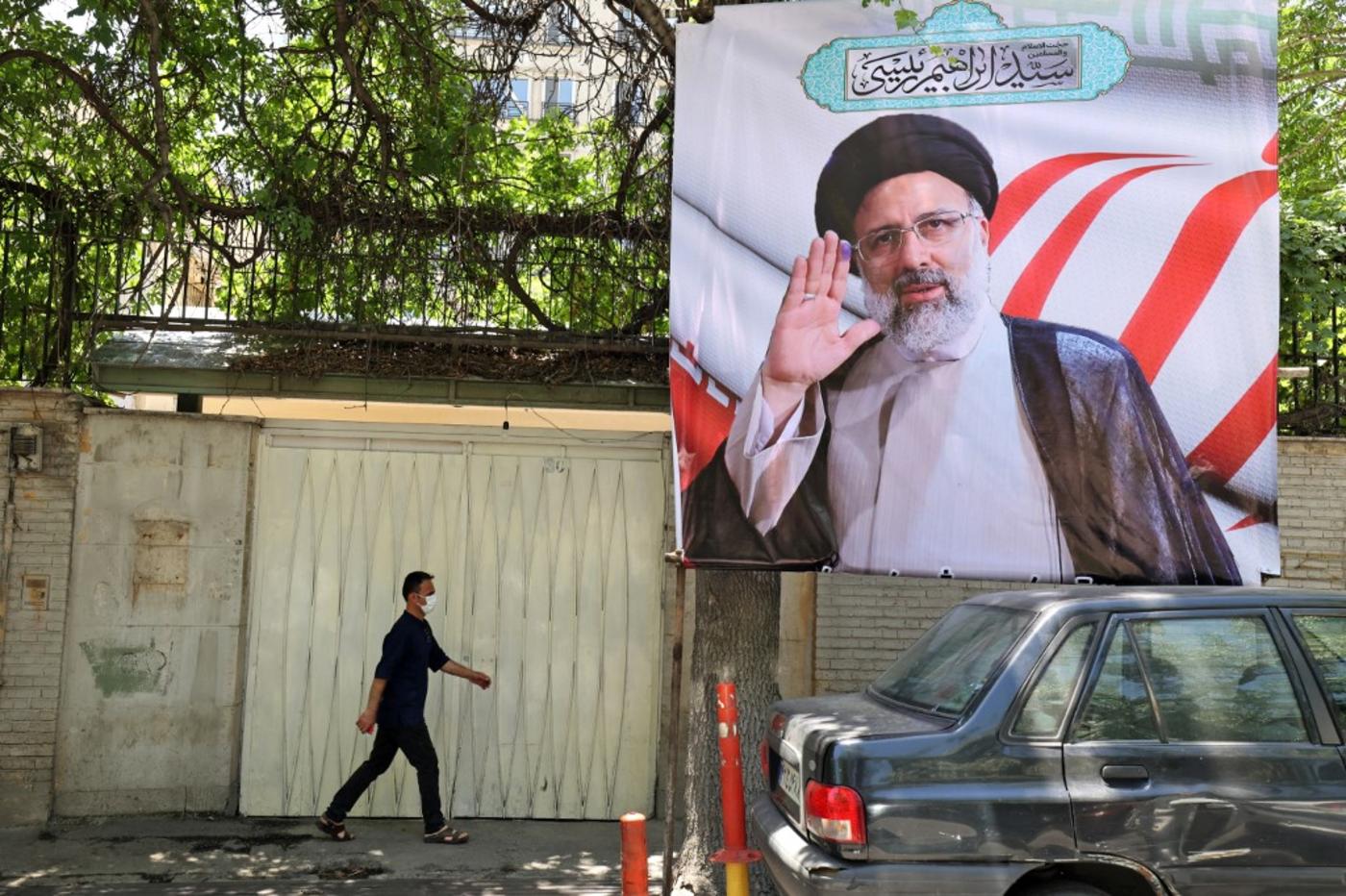 Representatives from Iran and five other signatories to the 2015 nuclear accords have held several rounds of talks in Vienna since early April, as the nations work towards reviving the multilateral deal as the Islamic Republic's presidential election looms large.

While the goal had been to cement an agreement before the final term of Hassan Rouhani's lame-duck presidency, analysts tell Middle East Eye that such an achievement is no longer necessary, as time has run out for the current Iranian administration to oversee the removal of US sanctions and every likely candidate remains ready to make a deal. 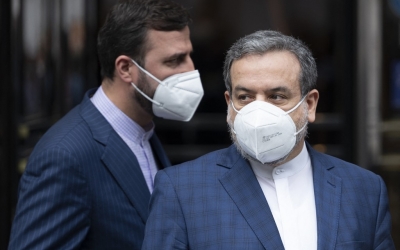 Speaking to reporters on Wednesday after the latest round of talks, European Union political director Enrique Mora said he was sure the next set of negotiations would be successful.

While former US President Donald Trump pulled out of the nuclear accord in 2018, the UK, France, Germany, Russia and China remained signatories. Iran, however, seeking to pressure Washington, has committed various breaches of the agreement, including enrichment with advanced centrifuges and production of uranium metal.

According to Reuters, the next round of talks - apparently set to be the final ones - will most likely start on Thursday 10 June, almost a week before Iran's presidential elections.

Rouhani had been insistent on reviving the Joint Comprehensive Plan of Action (JCPOA) before the election on 18 June, or at least by the time he officially steps down in August.

Meanwhile, the conservative camp, which is likely to lead the next administration, has been trying to delay any deal on returning to the accords until after the elections so they would be able to claim credit for the possible lifting of US sanctions, analysts say.

The conservatives even went so far as to send messages to the US - the "big Satan" as they call it - to discourage them from negotiating a deal with the moderate administration of Rouhani, according to Foreign Minister Mohammad Javad Zarif.

Because the Biden team will need time to remove complicated sanctions levied by Trump, the lifting of the measures will almost certainly take place under the next Iranian administration.

That fact has been pivotal in Iran's shift from time-crunch negotiations to a newfound focus on securing maximum concessions from the other parties to the deal.

Meanwhile, the Guardian Council's recent mass disqualification of moderate candidates has also changed the game, all but guaranteeing a conservative candidate will win. The Guardian Council is an appointed and constitutionally mandated 12-member council that wields considerable power and influence, including veto power over legislation, supervising elections, and approving and disqualifying candidates.

'Even the next conservative administration will continue the talks, the decision... is made at the highest level of the ruling system'

Abas Aslani, an Iranian journalist who has covered Iran's nuclear talks with world powers for the past decade, told MEE that the timing of the deal lost much of its importance after the council's list was released.

"Now that the conservative candidates basically stand a much better chance of winning the votes, the issue of prolonging the negotiations might be less important than it was a few weeks or months ago," said Aslani, who is also a senior research fellow at the Centre for Middle East Strategic Studies (CMESS).

On the other hand, he said, the Rouhani administration is also in less of a rush and is no longer so insistent on reaching a deal before the inauguration of the next president.

"Of course clinching a deal will still remain a priority for the administration, but to a lesser extent," he said.

In late May, the Guardian Council barred Ali Larijani, a moderate, a former parliament speaker and a staunch supporter of the nuclear deal, from running for president. Several other moderate and reformist candidates, including Rouhani's first vice-president Eshaq Jahangiri, as well as Mostafa Tajzadeh, Ali Motahari, and Masoud Pezeshkian were also disqualified by the Guardian Council - in what has been widely described as a move to ensure the presidential victory of Ebrahim Raisi or one of his allies.

However, Aslani said a conservative winning office would likely not impact the fate of the ongoing Vienna talks and the JCPOA, as Iran's decisions on such issues are not made by the executive branch of government, but by even more powerful figures within the country's establishment.

Borzou Daragahi, a senior non-resident fellow at the Atlantic Council, agrees that even the election of a hardline president such as Raisi will not change Tehran's decision to resurrect the nuclear deal.

However, Daragahi said that "if the talks drag on and Raisi wants to bring in a whole new negotiating team, that could seriously affect prospects for a return to the deal". 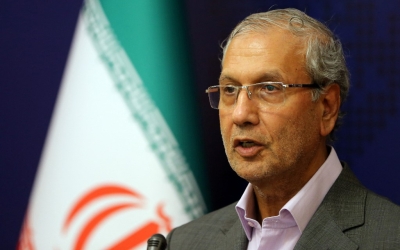 "The current US and Iranian teams are skilled diplomats who know each other and know the games. If Raisi were to bring in the likes of a dogmatic, didactic ideologue such as Saeed Jalili to replace Mohammad Javad Zarif, that could seriously damage prospects for a return to the deal, regardless of the fact that Tehran and Washington both see the JCPOA as in their interests," he told MEE.

Saeed Jalili, one of the seven candidates qualified to run for president, was Iran's chief nuclear negotiator during the presidency of Mahmoud Ahmadinejad. Critics say Jalili's inflexibility in his negotiations with world powers resulted in the imposition of unprecedented international sanctions against the country by both the US and the European Union.

While the stances adopted in Iran's nuclear talks have never been the chief negotiator's exclusive call, Foreign Minister Zarif's more flexible approach proved the strategy adopted by the negotiating team could directly impact the macro decisions made either by Iran's Supreme Leader or the country's Supreme National Security Council.

After the US withdrawal from the JCPOA, the Rouhani administration continued to fulfil its side of the deal for a year, despite criticism levelled by hardliners, before gradually ceasing its compliance in a bid to force Washington into returning to the deal.

Following Biden's victory in the US presidential election, Iran and world powers are on the verge of reviving the deal.

Ruhollah Nakhaee, an Iranian journalist covering foreign policy at the reformist newspaper Shargh, said it was likely Iran and the US would soon declare the long-awaited return to the 2015 nuclear deal. "The recent developments indicate that a deal is imminent, and the talks are almost over," he told MEE.

"There was a possibility that the Iranian side would, in an unlikely scenario, hold the announcement until after the election, in a Reagan style," Nakhaee said, alluding to the infamous "October Surprise" theory - dismissed following two US congressional inquiries - that a "secret deal" in 1980 between Ronald Reagan's presidential campaign and the Iranian government guaranteed 66 American hostages held since November 1979 would not be released until Reagan was inaugurated, preventing President Jimmy Carter from taking credit for their release and damaging his re-election chances.

'Parties that were interested in protracted talks... do not insist anymore on dragging on'

Nakhaee said there was also another unlikely scenario in which the US would hold off from announcing the resumption of the deal until after the Iranian elections, now that Washington was sure the moderates were losing power.

Regardless of all these scenarios, he said, the deal is totally within reach as "all the consents have been given".

Aslani is also optimistic the JCPOA will be revived before the elections, as "concerns about the direct impact of negotiations on the fate of elections are now allayed" after the disqualification of moderate candidates.

"This will increase the chance of success in the negotiations because the parties that were interested in protracted talks and in delaying the deal until the inauguration of the new administration do not insist anymore on dragging on," the Iranian journalist added.

Nakhaee said the next Iranian administration was not likely to try and harm the JCPOA, as it will be reaping its benefits.

"The establishment, at its highest level, has decided to maintain the JCPOA, because with the removal of sanctions, the political and economic benefits of the nuclear deal will be more than its harms," Sina Azodi, a non-resident fellow at the Atlantic Council, told MEE.

However, Azodi said, the question is who can take credit for the removal of sanctions and subsequent economic dividends. The issue of broader talks on Iran's regional behaviours and missile programme will also remain a contentious issue for the next administration.

"We should wait and see what demands will be raised within that context and how the next Iranian administration will deal with the idea of broader talks," Aslani said.

However, Nakhaee believes the idea of broader talks between Iran and the US on non-nuclear issues will be out of the question with a conservative president in office.

Regardless of who takes over Iran, the JCPOA will remain the Rouhani administration's legacy - even if its benefits are reaped by his successor. 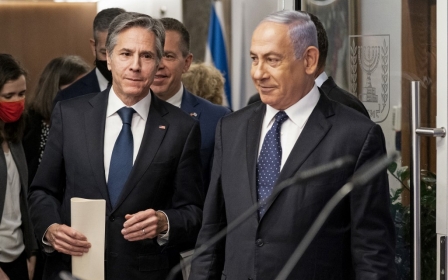 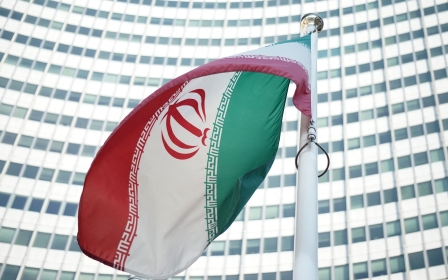 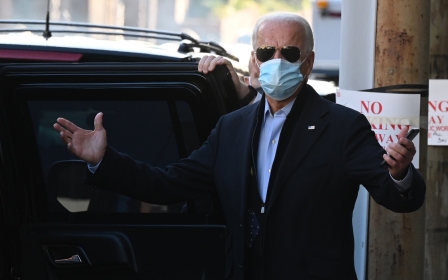