Before the US elections, Iranian reformist and moderate politicians were subdued by hardline lawmakers and IRGC commanders who advocated the idea of handing presidential power to military commanders in order to tackle Washington’s “maximum pressure campaign” against the Islamic Republic.

However, Biden’s victory in Washington has brought hope to the camp of reformists in Tehran. 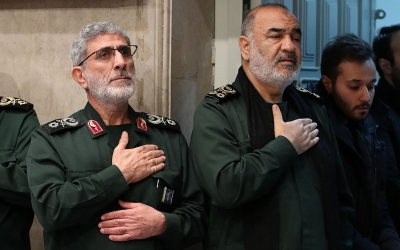 EXCLUSIVE: Iran tells Iraq factions ‘no attacks on US targets until Trump is gone’
Read More »

Jalal Mirzaei, Iranian reformist politician and a former legislator, said in an interview with ILNA news agency that the strategy of conservatives to have a military president in Iran “was a dream which has gone with the wind,” after President Donald Trump’s electoral defeat.

Ali Motahari, an outspoken reformist politician who was banned by the Guardian Council from running for the February parliamentary elections, told the Shargh daily that with Democrats in the White House, Iran’s economic situation would improve, and subsequently reformists would have a greater chance to win next year's elections.

“With a better economic situation, common people would have more hope that their votes can make a meaningful change in their life and they would show up on the election day and cast their votes,” Motahari was quoted by the Shargh as saying.

The politician added that a large turnout in Iran’s upcoming presidential elections would pave the road for the victory of a coalition of moderate and reformist political factions.

“No matter what shortcomings Rouhani has – which are actually not very few - at least he has to tolerate his opponents,” Zibakalam wrote, referring to Iran's president.

“Now the question is if a military commander would accept to tolerate his opponents,” Zibakalm added in the letter, under the headline: “Why I am afraid of an IRGC president.”

Despite the reformists' opposition to the candidacy of a military person in Iran’s presidential elections, General Hossein Dehghan, an IRGC commander and Iran’s supreme leader advisor, announced his candidacy for the elections on Tuesday.

Dehghan is the first candidate who has officially announced that he would run for the race.

Outrage after woman sets herself ablaze

The destruction of the hut of a single mother in one of the slums of the southern city of Bandar Abbas has sparked anger among Iranians.

According to local media, the 35-year-old woman, whose name was not disclosed, has set herself on fire when the municipal staff destroyed her room in Islam Abad, a poor neighbourhood on the outskirt of Bandar Abbas on Iran's southern coast.

The Shargh daily reported that this was the third time something tragic like this had happened following the destruction of housing in the deprived suburbs of Iran's big cities.

In May, Asieh Panahi, 58, was killed in the Fadak neighborhood of Kermanshah in western Iran, when she resisted the municipal agents who demolished her dwelling. Panahi’s small shack was built without permission in a slum.

In August, official attempts to raze illegally built houses in Abolfazl village in the suburb of Ahwaz ended with a violent confrontation between police and residents of the village.

“Apparently the law on removing unauthorised instruction only applies to the poor,” wrote the Shargh daily.

“The unlicensed villas and luxury houses which are built in natural protected areas, enjoy immunity from this law,” the daily added.

The Khorasan daily has also criticised officials for using excessive force to remove unlicensed dwellings. The daily suggested that officials should find a solution to provide accommodation for all Iranians instead of demolishing huts in slums.

The daily reported that over 10 million Iranians live in unlicensed constructions in slums.

The oil-rich Khuzestan province with over 1.5 million slum dwellers has the highest population of residents living in unlicensed constructions.

Over 5,000 of elites’ children live in US, says ex-minister

Mohammad Gharazi, former oil minister and one of the founders of the IRGC, told Khabar Online that there is no difference between Iranian reformist and conservative politicians, since over 5,000 of their children live together in the US. “Look at those five thousand children of reformist and conservative politicians who are living in the US and getting along well while sharing [Iran’s] sources among themselves,” Gharazi told Khabar Online in an exclusive interview, criticising all political factions in the country.

“What conservatives and reformists say is just a war of words, but what they do in reality is sharing the benefits [of ruling the country] among themselves,” he added.

According to this politician, it doesn't matter which political faction wins the presidential elections, since the government would be controlled by both sides.

“For example, the current government is reformist, but they interact with conservatives. The same thing happened in Ahmadinejad’s administration,” Gharazi said.

Gharazi, who served as minister in two governments after the 1979 revolution, accused all post-revolution governments of populism.

“All those governments were modern populists, who had nice make-up to cover their real face. They only wanted the power, without being responsible and accountable,” Khabar Online quoted Gharazi as saying. 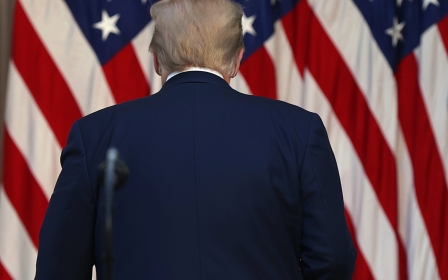 Iran Tensions
With clock ticking, many fear a Trump military move against Iran 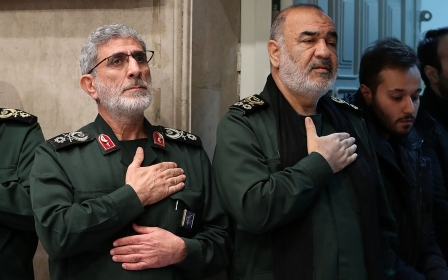