Iran ramps up uranium enrichment as tensions with US intensify Iran has resumed uranium enrichment at pre-nuclear deal levels of 20 percent, the Islamic Republic announced on Monday, in the latest escalatory move in the standoff between Tehran and Washington.

The Iranian government had notified the UN's International Atomic Energy Agency (IAEA) that the increased enrichment will take place at its underground Fordow nuclear facility.

The announcement coincided with the first anniversary of the killing of top Iranian general Qassem Soleimani by a US drone strike in Baghdad.

It comes weeks before US President Donald Trump is set to leave office amid a spike in tensions that is leading to a military build-up in the Gulf.

On Monday, Iran's Foreign Minister Mohammad Javad Zarif appeared to play down the decision to increase uranium enrichment levels on the prospect of diplomacy with the incoming administration of US President-elect Joe Biden, stressing that the move is "reversible".

"We resumed 20% enrichment, as legislated by our Parliament. IAEA has been duly notified," Zarif wrote on Twitter.

"Our remedial action conforms fully with Para 36 of JCPOA, after years of non-compliance by several other JCPOA participants. Our measures are fully reversible upon FULL compliance by ALL."

Weapons-grade uranium requires enrichment at 90 percent, but as part of the 2015 nuclear agreement with world powers, Tehran agreed to scale back enrichment to 3.67 percent.

In return, the pact, known as the Joint Comprehensive Plan of Action (JCPOA), granted Iran relief from international sanctions related to its nuclear programme.

Trump pulled Washington out of the agreement in 2018, and his administration has been piling sanctions on Iranian businesses and oil and petrochemical sectors, choking the country's economy.

Iran has been slowly loosening its commitments to the agreement, and Monday's move is Tehran's boldest breach of the JCPOA. After the assassination of top Iranian nuclear scientist Mohsen Fakhrizadeh in November, the Iranian parliament passed the law to increase uranium enrichment.

The legislation had faced opposition from Iranian President Hassan Rouhani, who tried to block and delay its implementation. The law also calls for expelling inspectors from the UN nuclear watchdog, the IAEA, if American sanctions against Tehran are not lifted by February.

Biden, who takes office on 20 January, has vowed to reimplement the nuclear deal if Iran returns to full compliance with the pact.

In an interview with CNN on Sunday, Biden's national security adviser Jake Sullivan slammed Trump's approach to Iran, including the killing of Soleimani.

Sullivan reiterated that the incoming administration is looking to return to the deal but added that Washington will be seeking follow-on negotiations that would address Iran's ballistic missile programme and include regional players.

"In that broader negotiation, we can ultimately secure limits on Iran's ballistic missile technology, and that is what we intend to try to pursue through diplomacy," he said.

Iranian Supreme Leader Ali Khamenei has signalled a willingness to re-engage in the talks with the US to lift sanctions against the Islamic Republic.

"If the sanctions can be lifted, we should not hesitate for even an hour," Khamenei said.

"If the sanctions can be lifted in a correct, wise, Iranian-Islamic and dignified manner, this should be done. But our main focus should be on neutralising the sanctions." 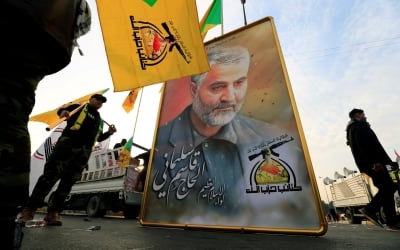 But with Trump's term expiring, tensions have built up around the Soleimani anniversary.

Earlier on Monday, Iran's Islamic Revolutionary Guard Corps (IRGC) seized a South Korean vessel amid the east Asian country's refusal to release Iranian funds in its banks because of US sanctions.

On Sunday, Acting US Defence Secretary Chris Miller halted a scheduled redeployment for an American aircraft carrier in the Gulf, ordering it to remain in the region.

"Due to the recent threats issued by Iranian leaders against President Trump and other US government officials, I have ordered the USS Nimitz to halt its routine redeployment," Miller said in a statement.

"The USS Nimitz will now remain on station in the US Central Command area of operations.  No one should doubt the resolve of the United States of America."

"Iran's decision to continue violating its commitments, to raise the enrichment level & advance the industrial ability to enrich uranium underground, can't be explained in any way except as continued realization of its intention to develop a military nuclear program," Netanyahu's office said on Twitter.

Iran denies pursuing a nuclear bomb, and the IAEA has said that there is "no credible evidence" that the Islamic Republic is developing nuclear technology for military use. 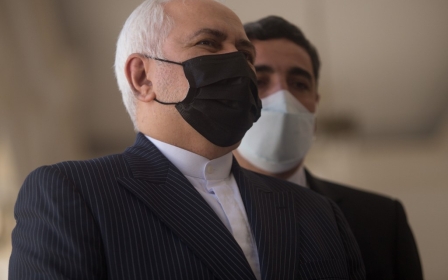