Iran sentences Lebanese IT expert to 10 years in prison

Nizar Zakka, a Lebanese citizen with permanent US residency, was invited to attend a conference in Tehran before he was detained Zakka was found guilty of collaborating against the state after he was detained by Iran's Revolutionary Guards, above (AFP)
By
Reuters

Iran sentenced Nizar Zakka, a Lebanese citizen with permanent US residency, to 10 years in prison and a $4.2m fine for collaborating against the state, his US-based lawyer announced on Tuesday.

Zakka, an information technology expert, was invited to Iran by a government official a year ago, but then disappeared after attending a conference in Tehran.

State media announced in November that he had been detained by Iran's powerful Revolutionary Guards, and reported that he had ties to US military and intelligence services.

Zakka's supporters and his US lawyer Jason Poblete have said that he is innocent of any wrongdoing.

"Nizar doesn't recognise this process," Poblete told Reuters. "He was there at the invitation of the Iranian government, and he was pulled over on the side of the road by a bunch of men. He's been treated as a hostage ever since."

Poblete said Zakka had learned of his verdict last Wednesday, and his Iranian lawyer was told on Sunday.

Zakka was charged under Article 508 of Iran's penal code, Poblete said. The code states that anyone found cooperating with a foreign state against the Islamic Republic of Iran faces a prison sentence of up to 10 years.

Iran's vice president for women and family affairs, Shahindokht Molaverdi, invited Zakka to attend a conference on women's entrepreneurship in September 2015, according to a copy of a signed letter from Molaverdi provided by Poblete.

Amnesty International said last week that Zakka's health was deteriorating in his detention in Tehran's Evin Prison, but authorities were denying him medical care.

In a statement, Poblete called on US officials to talk with Iranian President Hassan Rouhani at the annual United Nations General Assembly meeting in New York this week and ask for Zakka's unconditional release. 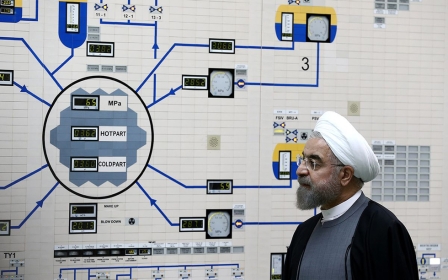