The legislation, a direct challenge to President Joe Biden, is not likely to advance given the Democratic party's control of both congressional houses 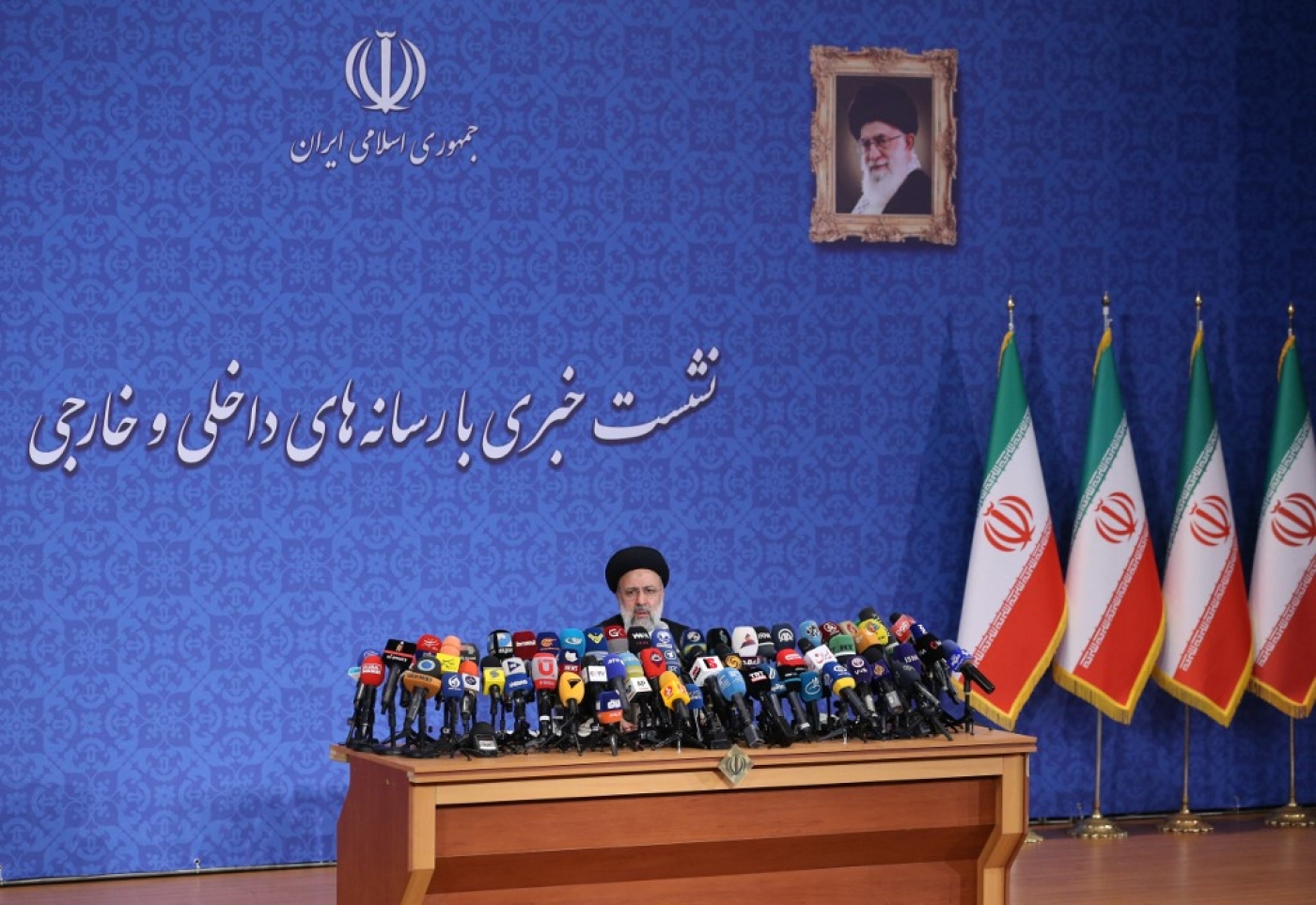 Iran's President-elect Ebrahim Raisi is seated under a portrait of Supreme Leader Ayatollah Ali Khamenei during his first press conference since his election, 21 June (AFP/File photo)
By
MEE staff

Cruz, in a statement on Thursday, noted that both officials were already the subject of US sanctions and made it clear that the move was a direct message to the Biden administration, which has been working to build ties with Iran via nuclear deal negotiations and the likely lifting of significant US sanctions.

"Iran is the largest state sponsor of terrorism in the world. Instead of addressing the threats it poses President Biden is crawling back to the negotiating table and lifting sanctions to appease the Iranian regime," Cruz said in Friday's statement.

"We should not be giving sanctions relief to regimes whose leaders, Ali Khamenei and the regime's recently elected President Ebrahim Raisi, terrorize their own citizens and foment instability abroad through their terrorist proxies." 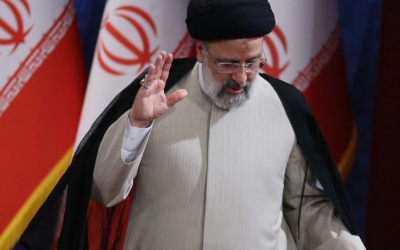 US President Donald Trump withdrew the US from the Obama-era multilateral nuclear accord in 2018, reimposing a series of crippling sanctions. But President Joe Biden has vowed to re-enter a new nuclear deal with Iran, to the dismay of most Republicans, as well as close ally Israel, among others.

Already into the sixth rounds of talks that have taken place in Vienna, reports indicate that the lifting of US sanctions against Khamenei and other top officials, as well the Islamic Revolutionary Guard Corps (IRGC), is among Iran's top demands.

"They've presided over the executions of thousands of political prisoners and the mass arrests of journalists, lawyers and American citizens. Instead of considering lifting sanctions on these terrible human rights abusers, the United States must take a stand against the corrupt and dangerous regime in Iran. Sanctioning two of the world's biggest human rights offenders is a good place to start."

President-elect Raisi, formerly head of Iran's judiciary, has been accused of playing a role in the ordered executions of thousands of political prisoners in 1988, during which time he served as a deputy prosecutor. The UN investigator on human rights in Iran called for an investigation into such reports last month.

Senator Kevin Cramer, another signatory, said the bill would prevent President Biden from rolling back the sanctions placed "on these morally bankrupt members of the Iranian regime". However, the legislation is unlikely to be more than a symbolic statement, given the Democrat's current control over both houses of Congress.

Still, the senator's pressed Biden to reconsider his party's position.

"The Biden administration continues to move in the wrong direction, easing sanctions on the Iranian regime rather than countering their human rights abuses and nuclear ambitions. That's why we continue working to maintain maximum pressure on Iran," John Hoeven said of the bill. The Trump administration's "maximum pressure" campaign against Tehran brought the US to the brink of war on several occasions, according to reports that have been released following Trump's White House exit.

On Friday, a report in the New Yorker revealed yet again details of the deep concern felt by General Mark Milley, US Chairman of the Joint Chiefs of Staff, at the time.

According to the report, Milley believed that the US had come "very close" to going to war during the final months of Trump's presidency.

President-elect Raisi, considered far more conservative than his predecessor, is said to be open to negotiations with the US. Earlier this week, Iranian Foreign Minister Mohammad Javad Zarif expressed hope in the possibility of a compromise.

"If the US restores the nuclear deal, a successful outcome from the current talks in Vienna would be achieved," Zarif wrote in a letter attached to a 262-page report to parliament about the nuclear deal. Iran nuclear
Iran nuclear talks will not resume until after Raisi takes office, US officials say