Meanwhile, Tehran police cracks down on illegal booksellers; and Iran's birth rate dips below 1 percent, the lowest in four decades Iran is on track to having the oldest population in the region, as the country records a historically low birth rate over the last year (AFP)
By
MEE correspondent
in
Tehran

Cold reception for 'sultans of vehicles' sentenced to death

Last week’s sentencing of a couple to death by a special anti-corruption court in Iran has been coldly received by local media and the public, as the country continues to struggle with a crippled economy and the coronavirus pandemic.

Vahid Behzadi and Najva Lashidaee, dubbed the “sultans of vehicles”, were found guilty on 19 May in a lower court on charges of money laundering, smuggling foreign currencies, and manipulating Iran’s automobile market by illegally purchasing and hoarding 6,700 cars from Saipa, one of the Islamic Republic’s biggest automakers.

Two former legislators, Fereidoun Ahmadi and Mohammad Azizi, as well as Mehdi Jamali, onetime CEO of Saipa, were sentenced separately to five to seven years in prison, in connection to the charges related to Saipa.

Iranian judiciary spokesperson Gholamhossein Esmaili announced the sentencing as the country’s economy dives deeper into chaos following the Covid-19 outbreak, which has killed at least 7,000 people and infected more than 120,000 across Iran.

Prior to the coronavirus pandemic, Iran had 3.3 million unemployed people. A recent report by the Islamic Parliament Research Center estimated that, as a result of the pandemic, 2.8 to 6.4 million more people will lose their jobs.

“People ask themselves, how many schools and hospitals could have been built with this money,” read an article in the Aftab daily regarding the corruption case.

“Now, for some years, the accused of corruption will be jailed and when they are free again, they will spend the money that they had robbed.”

Police in the Iranian capital have launched a crackdown on street booksellers trading in banned or illegally printed books, in response to a request by the Publishers and Booksellers Union of Tehran, Mehr news agency has reported.

In recent years, however, with a sharp increase in the prices of imported paper, they have been offering illegally printed books at a lower price than the official copies sold at regular bookstores.

Publications in Iran are entitled to receive funds and subsidies from the government to buy the paper they need to print books.

But this process has been interrupted since 2018 as Iran’s currency has lost about 70 percent of its value, following US sanctions on the country’s economy and banking system.

In an interview with the Ebtekar daily, deputy of the Publishers and Booksellers Union of Tehran Mahmoud Amouzgar called for the government to give subsidies to publishers, and stop imposing censorship on their contents.

The police crackdown will not solve the problem of illegal bookselling unless the government stops “interfering in the publishing economy”, he said.

The recent court appearance by the top executive of Iran’s largest sugar company has fuelled speculation over the escalating rivalry between Iran’s judicial system and the political camp supporting President Hassan Rouhani.

The company, Haft Tapeh, has become an epicentre of labour strikes and union struggles for workers’ rights since it was privatised in 2016.  .

Last week, Haft Tapeh's managing director Omid Asadbeigi was summoned over accusations of corruption, while the company’s workers who were arrested during the protests were among those pardoned on the occasion of Eid al-Fitr.

The presence of the lawyer Hassan Sartipi, who appeared in court with Asadbeigi, has led to speculation about the impact of domestic political rivalry on this case.

According to Bahar News, Sartipi had previously worked as a legal advisor to Rouhani’s vice president, and had also defended Rouhani’s brother in another corruption case.

Asadbeigi is accused of bribing officials in order to receive a $1.5bn loan from the government, Tasnim news agency reported. He is also accused of receiving import funding assistance from the central bank without importing anything into the country, and of selling the foreign currency on Iran’s open market.

To circumvent the US sanctions and import necessary goods to the country, the Iranian government provides funds to well-connected individuals at a preferential exchange rate, which is four times cheaper than the open market.

Asadbeigi has, over the last five years, come under fire from the company’s workers, who accused him of mismanagement and using the company to cover up his illegal activities.

However, his activities only came under close scrutiny after the appointment of Ebrahim Raisi, Rouhani’s rival in the 2017 presidential elections, as Iran’s chief justice.

For the first time since the Islamic revolution in 1979, Iran’s population growth rate has fallen below one percent, the country's health ministry said.

He also said the marriage rate in the country has dropped by 40 percent over the last decade.

According to the Arman daily, Iran is on track to become the country with the oldest population in the region, as young couples are reluctant to have children due to the devastating economic crisis.

The rate of abortion, which is illegal in Iran, has also been sharply rising. No reliable statistics are available on the exact number of annual abortions in the country, but a source told the paper that the number could be as high as half the number of births.

“I have reliable statistics showing that, every year, over 700,000 abortions take place in Iran,” the daily quoted Mohammad Mehdi Akhoundi, head of the Iranian Society of Embryology and Reproductive Biology, as saying.

“However, I believe that the actual number of abortions is much higher than this,” he added. 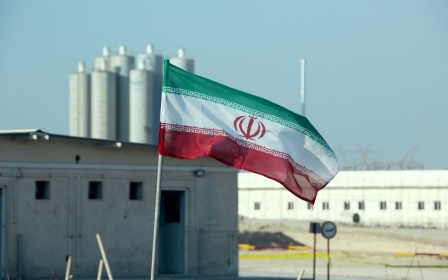