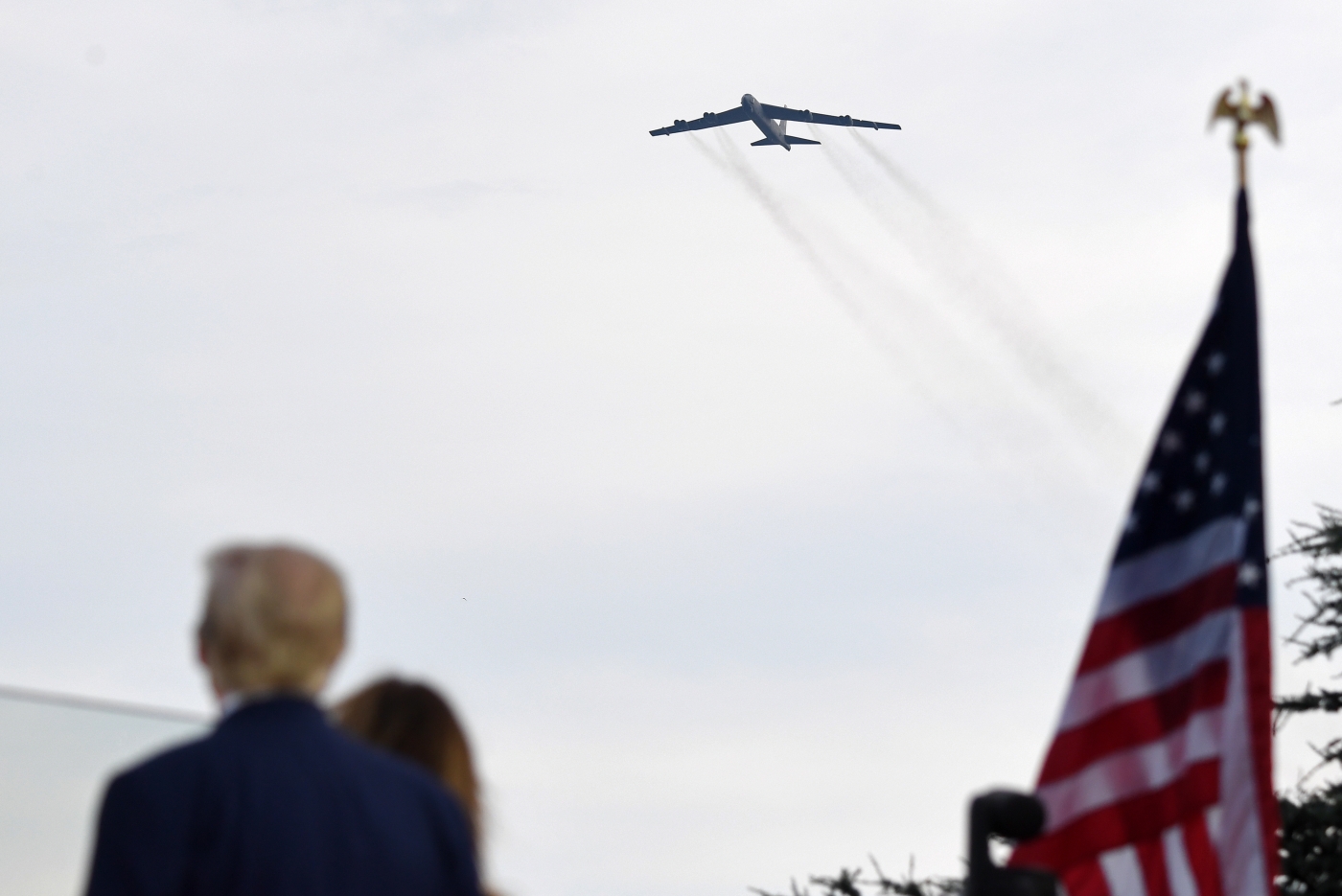 Iran threatens to hit US bombers and warships

At the peak of heated tensions between the former US president Donald Trump and Iranian authorities, the commander of Iran's Islamic Revolutionary Guard Corps (IRGC) Aerospace Force, Brigadier General Amir Ali Hajizadeh, said that US B-52 bombers were easy targets for Iranian forces to hit, a new documentary has revealed.

Since November, the US Air Force has deployed the nuclear-capable bombers five times over the Middle East, and in response, Iran has launched drills unveiling new underground ballistic missile bases and suicide drones.

On Friday, Iran's state TV aired a short documentary showing inside an IRGC radar facility used to spot planes and drones flying over the Persian Gulf, in an undisclosed location.

In the documentary, Hajizadeh asked the radar operators about the type of two drones shown on a monitor flying close to Iranian territorial waters. An IRGC officer responded that they were US MQ-9 and RQ-4 drones, and Haizadeh said "the same as the one that we downed".

In June 2019, IRGC shot down a US RQ-4 Global Hawk surveillance drone over Iran's southern province of Hormozgan, which borders with the critical Strait of Hormuz.

"Targeting B-52 bombers is much easier than RQ-4s," Hajizaeh said. "B-52s are old planes and the only reason for their recent deployment is because the US is scared and worried about what we might do."

In another part of the documentary, Hajizadeh explained the details of Iran's missile attack on Ain Al-Assad, a US military base in Iraq, in response to the assassination of the IRGC commander Qassem Soleimani by the US in January 2020.

In hitherto unseen footage, Hajizadeh is seen in camouflage uniform along with four unidentified persons in plain clothes in what appears to be the operations room for the mission to attack the US base in northern Iraq.

"Hit it guys, hit it and let's see ... in the name of God," Hajizadeh orders over the phone.

"We shoot the missiles one by one to give a chance to them to escape, we don't want to do a crime ... but look how criminal is the evil Trump ... they hit the two cars [carrying Soleimani and members of Iraqi militias] exactly at the same moment," Haizadeh says in the video recorded inside the operation room.

Hajizadeh also explained to Iran's state TV that 30 minutes before the operation, Iran had informed the Iraqi prime minister that one of the US bases in Iraq would be hit.

"We didn't tell them which military base was our target, but to pay respect to Iraqis we told them that we would carry out an operation on their territory," Hajizadeh added.

Meanwhile, on 15 January the IRGC test-fired its medium-range ballistic missiles into the Indian Ocean in a military exercise. According to US military sources one of the missiles landed within 100 miles of the USS Nimitz Carrier Strike Group.

"One of our main defensive strategies is to improve our capability to hit the enemy naval fleets - including aircraft carriers and warships - with our ballistic missiles,” chief IRGC commander Hossein Salami was quoted as saying by the Tasnim news agency.

Following Iran's Supreme Leader Ayatollah Ali Khamenei's order banning the import of Covid-19 vaccines from the US and the UK, conservative politicians and lawmakers have been competing to promote baseless theories about the vaccines in a show of loyalty to Khamenei.

Iranian lawmaker Ali Asghar Annabestani, in a speech to the parliament claimed that the vaccines produced in the US and the UK would sterilise Iranian men and cause cancer.

Local media have also quoted Hossein Qanaani, a conservative politician, as saying that the vaccines produces in the US and the UK contain integrated circuits (IC) and devices linked to Global Positioning System (GPS) to receive date from inside Iran.

In response to these claims, the pro-reformist Arman daily, under the headline "Who believes your words?" condemned the politicians who spread conspiracy theories about the coronavirus vaccines.

"These comments, instead of explaining Iran's coronavirus vaccination strategy, shows that the politicians make baseless claims just to give compliments to others," the daily wrote.

The number of Iranian nurses and doctors migrating to other countries has risen to an alarming rate since the beginning of the pandemic, health officials in Tehran warned.

In recent years, Iranian healthcare workers and experts graduated from public universities, have been the largest number of skilled workers to leave the country due to Iran's ailing economy. Physician brain drain has sharply increased in Iran with the spread of coronavirus and the rich countries' need for health experts to tackle the increasing death toll in Europe, the Gulf and other wealthier countries.

The Shargh daily reported that over 3,000 physicians had migrated from Iran since last April, while nurse migration rates had increased by 300 percent since the beginning of the pandemic.

The daily did not report the exact number of nurses who had left Iran.

Canada, Australia and the Gulf countries are the main destination for Iranian health experts who seek higher salaries and better working conditions.

According to Shargh, 200 physicians have died of coronavirus in Iran and over 60,000 nurses have contracted Covid-19.