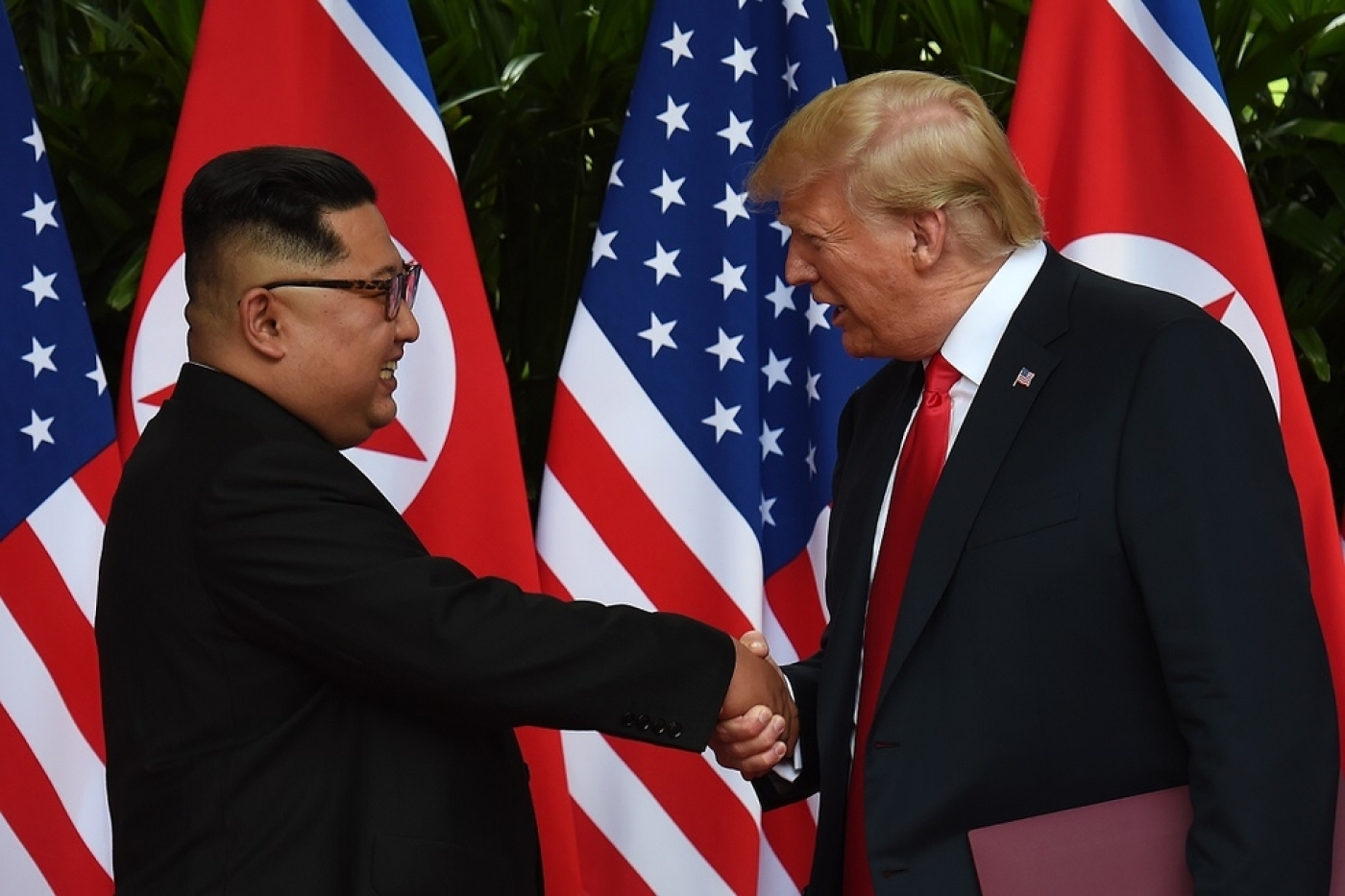 Given the historically strong relations between Tehran and Pyongyang, a number of Iranians have been taken aback and given a cynical response to the recent North Korean leader's attempt for a deal with the US president, and consequently, an apparent reconciliation with the Western world.

June's historic meeting between Donald Trump and Kim Jong-un came just weeks after the US president rejected the Iran nuclear agreement, formally known as the Joint Comprehensive Plan of Action (JCPOA), and the timing has given some Iranians pause for concern.

Iran and North Korea's ruling Kim family have long had an amicable relationship with each other, starting in the wake of the Islamic Revolution's victory in 1979.

The supreme leader of Iran, Ayatollah Khomeini's "anti-imperialism" approach helped pave the way for warm ties between the two countries.

With Iraq starting an eight-year war against Iran in 1980, Tehran found itself alone and increasingly drawn to North Korea and Libya. Meanwhile, the US and later the Soviet Union assisted Saddam Hussein, the Iraqi president, with advanced weapons and arms.

North Korea gradually turned into one of the main sources of supplying Iran with military equipment and weapons. In this vein, in 1981, the then parliament speaker Ayatollah Akbar Hashemi Rafsanjani visited Pyongyang and met with the first North Korean leader Kim Il-sung, a move which further fostered the ties.

Ties were again strengthened In 2002, when then US president George W Bush dubbed Iran, Iraq and North Korea as the "Axis of Evil".

'Against the interests of Iran'

Iranian people tend to look at North Korea as an isolated country with a poor economy.

Kim Jong-un is a well-known figure among Iranians, who sarcastically talk of the "idiotic" and "ridiculous" behaviours and policies of the North Korean leader.

However, in recent months, people in Iran are looking at the North Korean issue seriously as a number of them opine that Kim and Trump's attempted deal may eventually harm Tehran's interests.

Mohsen Qasem-zade, 37, a civil engineer, told Middle East Eye: "At first, I should say that I didn't expect them to reconcile like this, and I was surprised. Now, I think the US is trying to reach an agreement with North Korea in order to have more concentration on Iran. They want to at least remove one country from the list of their enemies.

Iran's position is different from North Korea in the world. North Korea is an isolated country in the Korean peninsula, which is surrounded by the US and its allies

"The way North Korea and US leaders behaved painted America as much more powerful, and meanwhile it portrayed North Korea as weak."

Qasem-zade then emphasised: "The new deal between Kim and Trump is for sure against the interests of Iran, and from now on, US will have more focus on my country."

Sara Pourahmadi, 33, a doctoral candidate in Islamic History at the University of Tehran, believes that Kim Jong-un had no other choice, and had reached a dead end.

"Now that the hostilities between the two countries have come to an end, the people of North Korea can have welfare and progress," said Pourahmadi.

"If no deal was reached, we could see an arms race occurring again, and the only result could be the increasing misery of the North Korean people. This was the best thing Kim could do."

However, Reza Tayebi, 27, a taxi driver, is cynical about the outcome of any Trump-Kim deal. "I think the talks and their promises to each other won't be realized. We reached a deal with the US for the sanctions to be terminated, but Trump killed the deal while Iran hadn’t violated the nuclear agreement.

"Given what happened to Iran, why would the North Korean leader have full trust in Trump?"

During the nuclear talks between Iran and the P5+1 (US, UK, France, Russia, China and Germany), which finally reached a conclusion in 2015, hardliners and conservatives repeatedly called on the moderate government of President Hassan Rouhani to leave the negotiations, and emphasised the "success" of North Korea's confrontational approach towards the West.

With Trump exiting the JCPOA, conservatives again rebuked moderates and reformists for accepting a deal with the West, advising them to follow the footsteps of North Korea.

On 15 August 2017, the Kayhan newspaper, considered a mouthpiece for hardliners, wrote: "North Korea didn't give a positive answer to America's request for negotiation and announced its nuclear and missile programme as non-negotiable.

"It can be stated strongly that North Korea [learned a lesson] from the fruitless and catastrophic negotiations of Iran with America, and therefore [this country] decided not to be deceived like us by America."

The newspaper then described North Korea's policy as "a successful example for a strong confrontation with the America's not honoring its commitments" and "a triumphant example for resistance rather compromise".

However, as Trump and Kim met in Singapore, the hardliners appeared to forget about all their advice to reformists, and somehow portrayed themselves as a fan of the JCPOA.

One day after Trump and Kim's agreement, Kayhan downplayed the summit, writing on 12 June: "A number of foreign policy analysts, believe that by holding the noisy show of negotiation with North Korea, Trump is seeking to respond to all the world's criticisms about its unilateral withdrawal from the JCPOA to show himself as a dominant statesman and a mighty negotiator."

Speaking to Middle East Eye, Mohammad-Reza Tajik, a former Iranian diplomat, said that "North Korea and US's relationship won't have a strong effect on the issues between Tehran and Washington. However, I'm not saying that it won't have any effect, but the effects aren't too much.

"Iran's position is different from North Korea in the world. North Korea is an isolated country in the Korean peninsula, which is surrounded by the US and its allies.

"That's why North Korea chose to pursue nuclear weapon ability in order to make itself immune from dangers. But Iran is an active player in the Middle East, and its disagreements with the US don't stem only from nuclear issues.

"Iran and the US have disputes over their roles in the Middle East as well as the structure of ties between the two countries. Therefore, the US and North Korea leaders' talks won't affect the JCPOA status and Iran.”

"Europeans, Russia and China consider Trump's decision for exiting the deal as not justifiable. Hence, the Trump-Kim talks won't lead these countries to forget what the US government did to the Iran deal."

Asked about the possibility of North Korea reaching a new deal with Trump over Iran, Tajik noted: "Iran’s nuclear industry has nothing to hide. The reality is that what Iran did in the past and is doing now has been monitored by the IAEA inspectors.

"As a result, there is nothing to hide by Tehran, and this country is not worried about what Kim may tell to Trump."