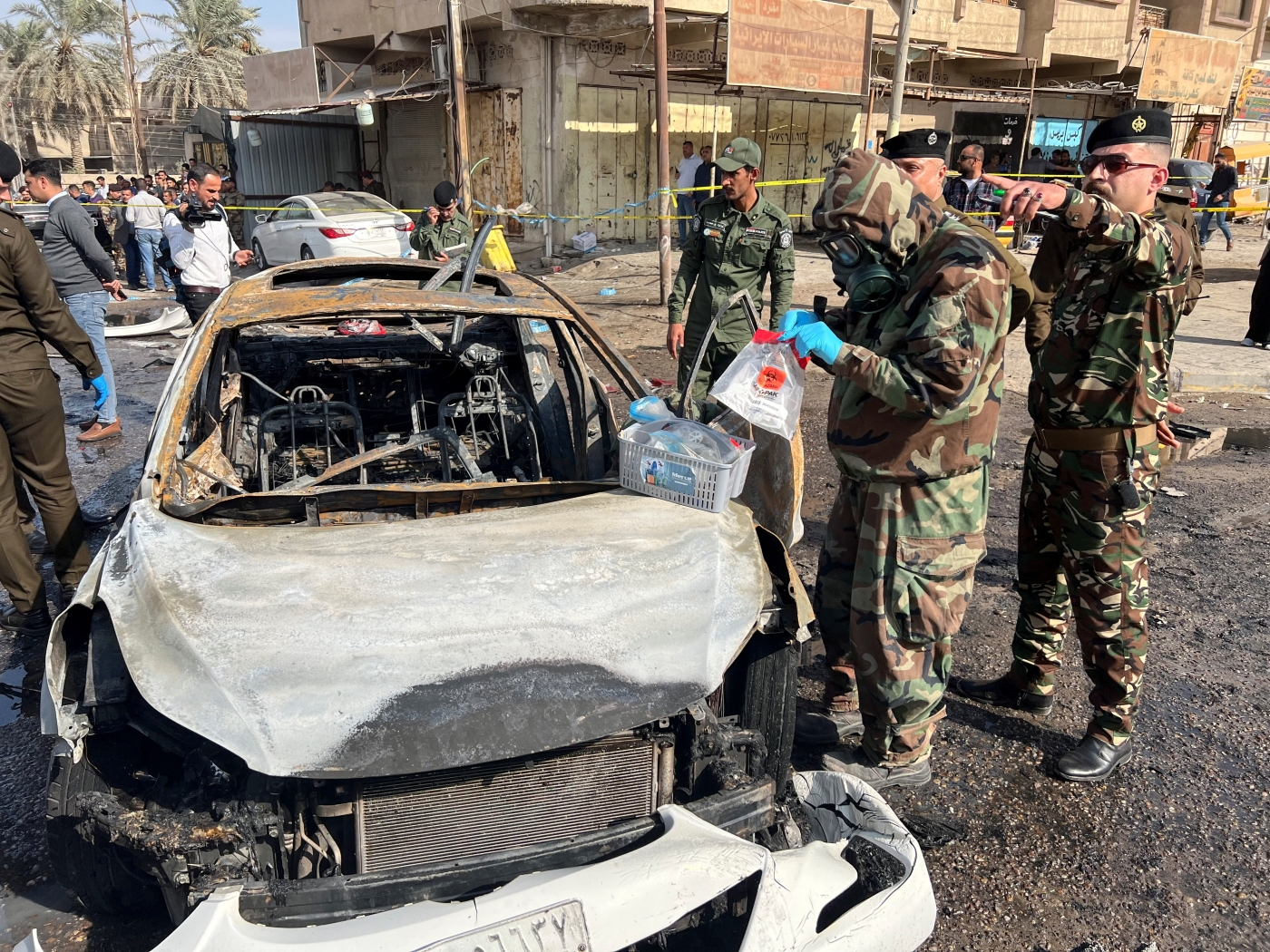 The governor of Basra, Asaad al-Eidani, said in an audio recording cited by the Iraqi News Agency (INA), that the explosion, which took place in front of Basra General Hospital in the city center, was "caused by a motorcycle carrying explosives in the centre of the province, killing four civilians and wounding four others".

Police are still investigating what happened. No one has so far claimed responsibility for the attack.

The explosion took place in the city centre, near a main hospital. It set fire to at least two vehicles. Locals rushed to donate blood to the wounded.

“Once the blast happened, we went to the blood bank, but we were shocked that there were no blood bags in the center of donors,” Abu Ridha, a Basra resident, told Middle East Eye.

He called on the Basra governor to install security cameras across the city and "take the security issue into considerations".

"Today should be a day of actions, not words," he said.

War-ravaged Iraq has suffered years of violent unrest since the US-led invasion in 2003.

The so-called Islamic State (IS), which declared a "caliphate" in Syria and Iraq in 2014, was driven out by Iraq's army in 2017. But the group continues to operate underground and stage attacks in Iraq and Syria, and is believed to have 10,000 active fighters in both countries, according to a UN report cited by AFP.

The last major attack claimed by IS was a July bombing in the Baghdad district of Sadr City, which killed 30 people. Another IS attack in September was an assault on a checkpoint south of Kirkuk that killed 13 policemen.