A journalist has gone missing in Baghdad just days ahead of Iraq's parliamentary elections.

Friends of Ali Abdel Zahra, a journalist who has notably worked for Al-Sumaria TV channel and Deutsche Welle, said he had not been heard of since Thursday when he was last seen in the Karrada district of Baghdad.

Al-Nahar Foundation for Culture and Media, an Iraqi journalism NGO to which Abdel Zahra belonged, called on the authorities to investigate.

"We demand that the commander-in-chief of the armed forces disclose the fate of the director of [the foundation's] Sama News Agency, journalist Ali Abdel Zahra, who disappeared in mysterious circumstances last Thursday," the organisation said in a statement.

Though the circumstances of Abdel Zahra's disappearance remain unclear, there has been a wave of kidnappings of anti-government activists and critical journalists in Iraq in recent years. In July, journalist and activist Ali al-Mikdam was kidnapped and held overnight after being abducted in Karrada. He was found the next day with signs of physical abuse on his body.

Mikdam had recently written a report for the Washington Institute on the Iran-backed militias that hold sway over much of Iraq.

Many of those associated with the anti-government movement that began in October 2019 have regularly faced assassination, kidnapping, and threats from armed groups.

Security forces and militias have been responsible for the deaths of hundreds of people since the beginning of the protests, which have taken aim at unemployment, lack of services, and a political class seen as irredeemably corrupt and in hock to foreign powers.

Mustafa Saadoun, of the Iraqi Observatory for Human Rights, said that the disappearance of journalists across the country had become commonplace.

"Security is unsustainable for journalists. Any party can kidnap any journalist at any moment," he told Middle East Eye.

"Iraq is not a safe place for journalists." 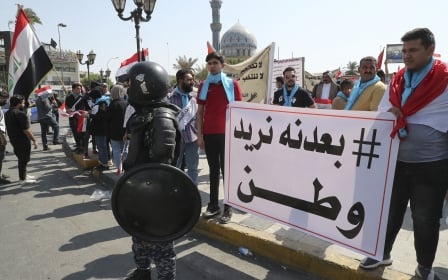 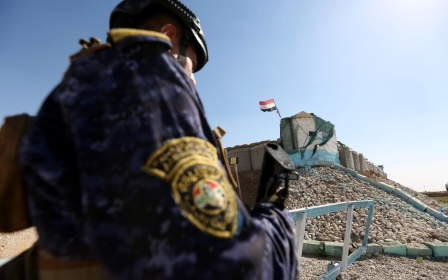 Inside Iraq
Iraq police killings: How a village’s revenge for rape became an IS attack