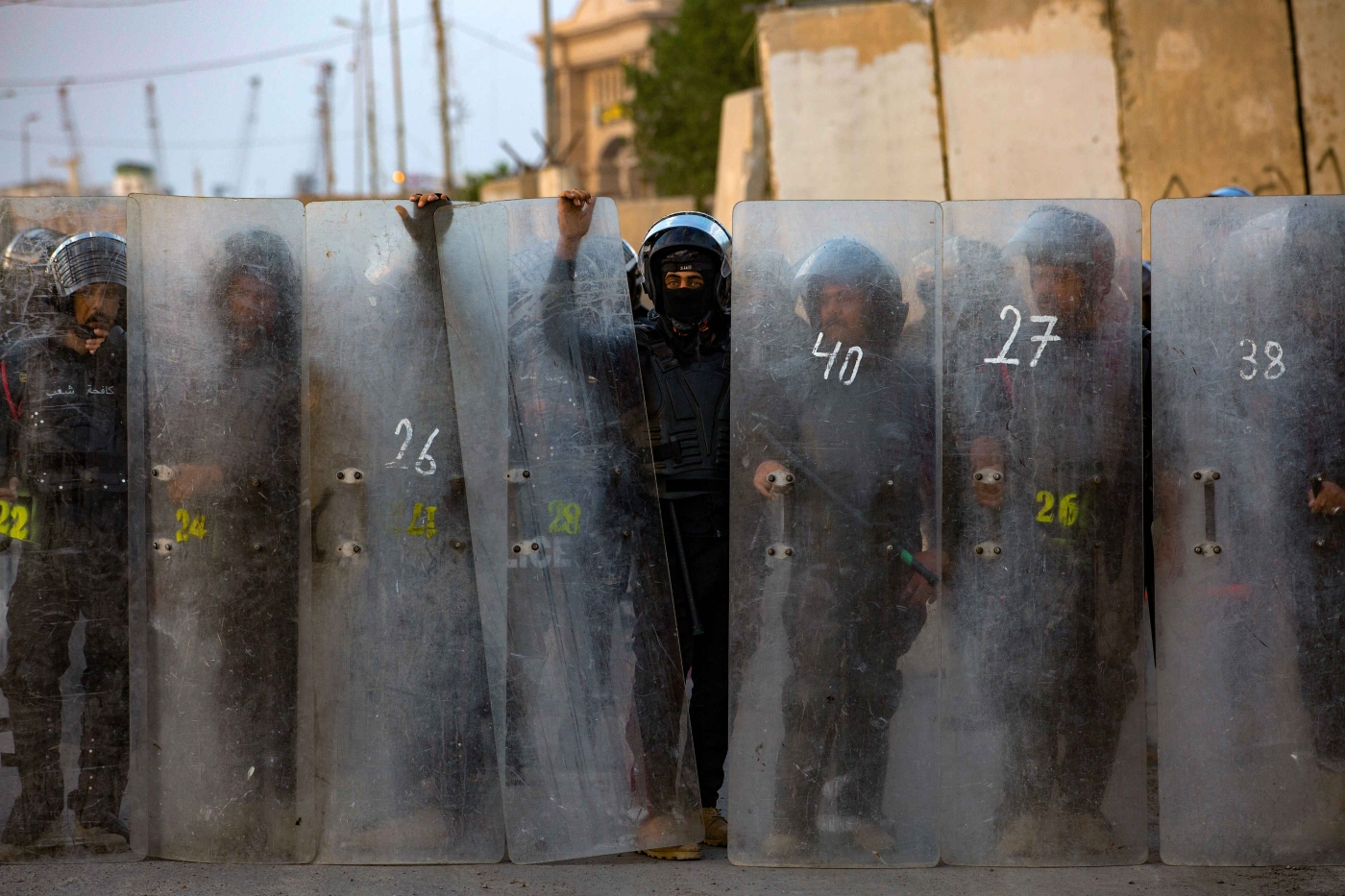 Iraqi security forces using live gunfire killed at least one anti-government protester and wounded several others in the southern city of Basra on Friday.

Omar Fadhel was killed in the centre of Basra, with medics saying he was hit by at least one bullet, as protesters clashed with anti-riot police.

It was the first killing of a protester by security forces in Basra since Prime Minister Mustafa al-Kadhimi took office in May.

On Saturday, Kadhimi warned security forces not to fire at protesters amid reports of further clashes.

"The state will not be lenient with any member of the security forces who violates orders of not using bullets against protesters," Kadhimi said in a tweet on Saturday, adding that the person who killed the protester will be arrested and tried.

According to AFP, at around the same time of Fadhel's death a key figure in anti-government protests that started in Baghdad in October 2019 was shot and killed by men using a silenced gun as he drove through an eastern district of the capital.

The name of the person killed in Baghdad was not immediately known, the news agency said.

Deadly flare-ups have been rare since protests against Iraq's ruling elite and demanding jobs and services largely subsided earlier this year.

Basra security sources and a rights official said protesters had taken to the streets in the country's southern oil hub on Friday demanding jobs and basic services.

They were angry that Kadhimi had generally failed to deliver on both and that protest camps in Basra and Baghdad had been cleared by security forces, the rights official said.

Kadhimi, who visited Basra on Thursday to tour energy projects and meet provincial officials, has pledged to protect non-violent Iraqi protesters and bring justice for the families of those killed last year by security forces and unidentified gunmen.

Security forces in Baghdad last month were ordered not to use live fire in dealing with protests to mark the anniversary of the 2019 demonstrations.