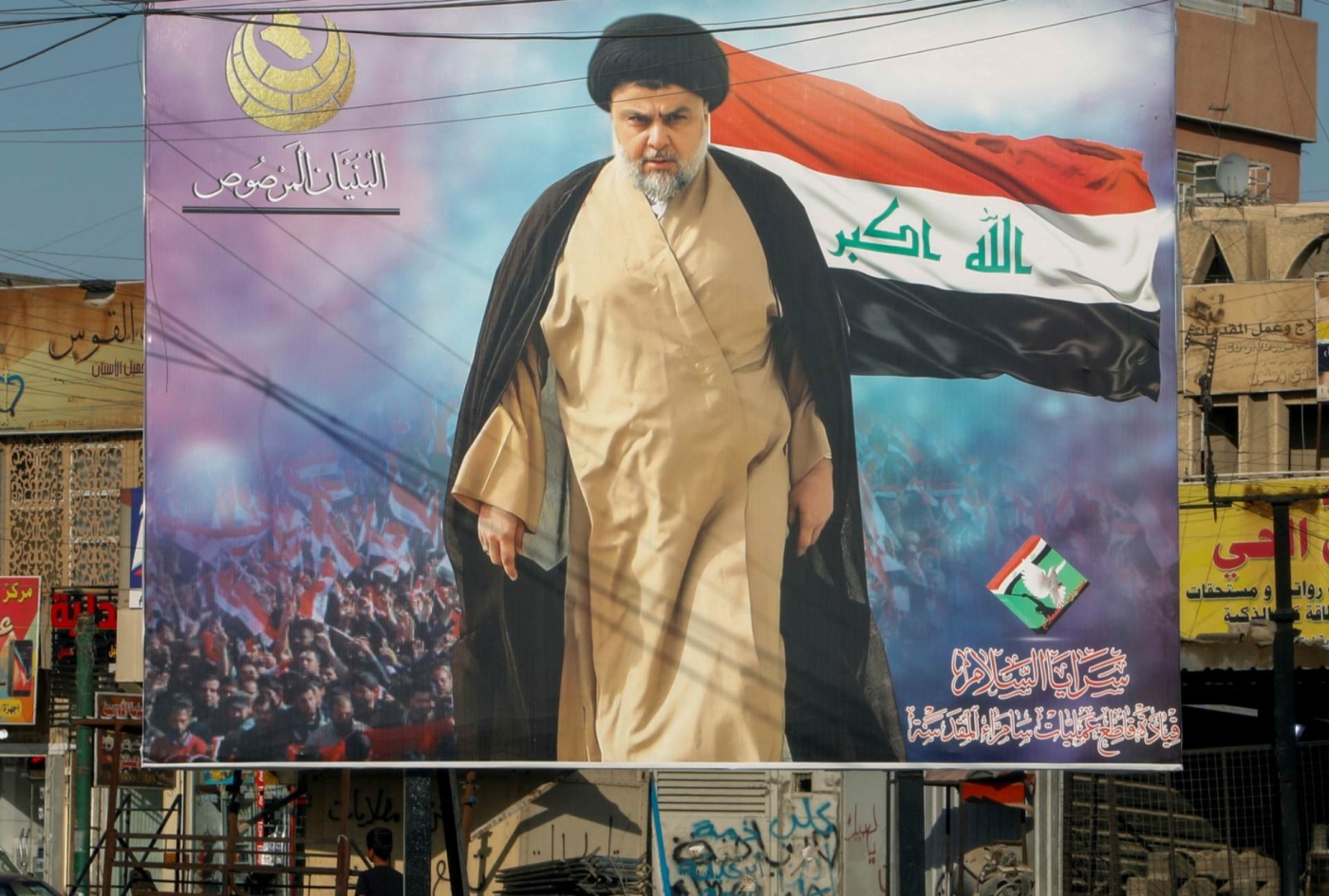 The Iraqi parliament has confirmed the resignations of Muqtada al-Sadr's 73 MPs, shifting the balance of the chamber in favour of his Iranian-backed rivals and closing the door on the influential Shia cleric's return to parliamentary politics.

The parliament, which is currently in recess, held a special session on Thursday in order for new members to be sworn in to replace the Sadrist bloc, with 64 new deputies so far taking the constitutional oath.

The session was called by the Iranian-backed Coordination Framework, which stands to gain at least 50 seats as a consequence of Sadr's surprise decision to withdraw his MPs from parliament earlier this month. Sadr said on Wednesday that his decision to withdraw from Iraqi politics was prompted by pressure exerted by Iranian proxies on non-Shia members of his parliamentary coalition and on the Iraqi judiciary.

But the Shia cleric said Iran itself had not pressured him directly, dismissing rumours swirling since he surprised both allies and opponents by ordering the resignation of his MPs earlier this month.

Under Iraqi electoral law, resigning MPs are replaced by the losing candidate with the highest number of votes.

In order for the session to achieve a quorum of at least 166 MPs it required the attendance of Sadr's former coalition allies in the Kurdistan Democratic Party (KDP) and Parliamentary Speaker Mohammed al-Halbousi’s Sovereignty Alliance.

That had prompted speculation that Sadr and his supporters would try to prevent the session from proceeding, pending further negotiation with his allies and opponents leading to a political deal in which his MPs would have revoked their resignations.

Several meetings took place inside the parliament ahead of the session to “give some guarantees to Sadr's former allies, the Sunni and Kurd blocs,” sources told MEE.

Sadr's old allies and opponents agreed to move forward and start new rounds of negotiations to form a government based on "consensus, balance and partnership”, Ahmed al-Asadi, a key leader of the Coordination Framework, told reporters.

Asadi said all sides had agreed to respect constitutional principles and work to resolve disputes between the federal government in Baghdad and the semi-autonomous Kurdistan Regional Government, including by legislating a new law to regulate the oil and gas industry.

They also pledged to rebuild areas in territories previously occupied by the Islamic State (IS) group, provide job opportunities for young people and restore the prestige of the state, Asadi said.

Thursday's session means that the Coordination Framework is now the largest bloc in the parliament with 133 seats, giving it the exclusive right to nominate the prime minister and form a new government. Such an outcome amounts to a political defeat for Sadr, who after emerging as the biggest winner from elections last October had built a coalition with the KDP and the Salvation Alliance, which aimed to exclude Iranian-backed factions from power.

But politicians and observers told MEE they feared Sadr's withdrawal from politics could prompt demonstrations, unrest and violence if he instead chooses to mobilise supporters of his mass movement on the street.

Halbousi, the parliamentary speaker and one of Sadr's most prominent former allies, thanked him for “for his sacrifices” in a brief statement distributed by his office after the session.

Halbousi said: "We have started the path for the sake of the people, and we will proceed, both within and outside the parliament, to achieve real reform that Iraqis aspire to."