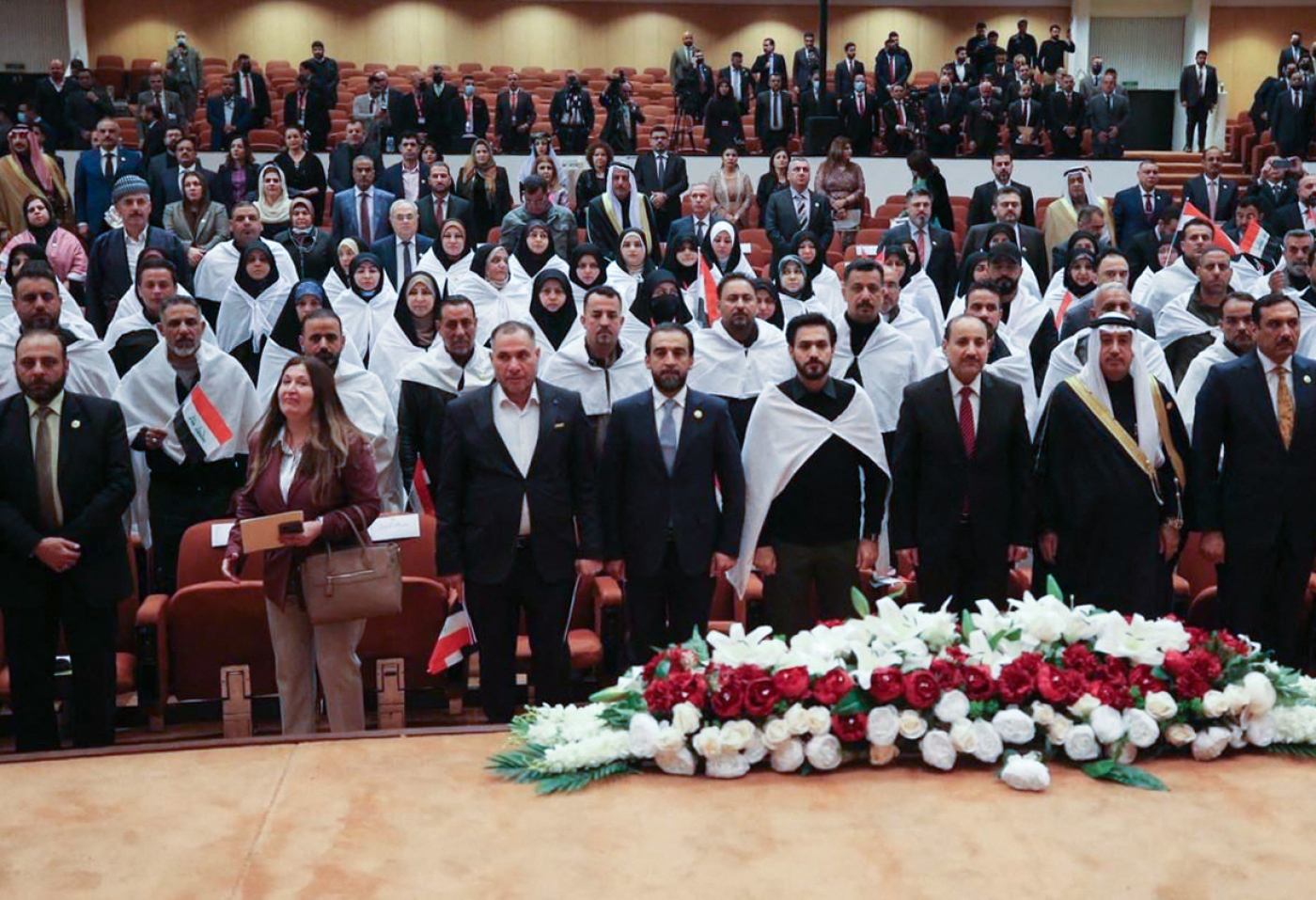 Iraq's new parliament began its first session on Sunday with chants from members of the anti-government Tishreen movement, as 329 newly elected MPs took their seats in the assembly.

Politicians hailing from the Tishreen movement entered the parliament for the first time and could be heard chanting "long live Tishreen revolution" after taking their oaths.

They took their seats alongside more established political parties for the first time since the October 2021 elections, which were widely boycotted, and handed the political movement of cleric Muqtada al-Sadr the largest number of deputies.

Though the first session was officially opened on Sunday - at which MPs were to be tasked with electing a new speaker and deputy speaker - it had to be adjourned for deliberation after interim speaker Mahmoud al-Mashhadani fell ill.

Mashhadani, who as the oldest member of the parliament was tasked with filling the role, was seen in photos being carried out of the assembly by security officials.

The Iraqi Parliament was called to a swift end for the day after interim speaker Mahmoud al-Mashhadani collapsed and was taken away by ambulance during a scuffle that broke out between MPs from the Sadrist Movement and the Coordination Framework. #NRTnews pic.twitter.com/QOVEBglclg

The session later resumed with another MP filling in for Mashhadani.

Supporters of political movements aligned to Iran-backed groups had contested the results of the elections through the courts after they saw their share of the seats collapse, alleging fraud.

However, last month the Federal Supreme Court rejected their appeal and ratified the election results.

Following the election of a speaker - by tradition a Sunni Arab - parliament will then have 30 days to choose a president, who is traditionally a Kurd.

'We’ve discussed many things. We have a lot to do for the country, and hopefully what comes next will be better'

The president will then be tasked with selecting a prime minister, traditionally from the majority Shia Arab community, from the largest parliamentary bloc within 15 days.

The system, which was crafted after the US overthrow of longtime ruler Saddam Hussein in 2003, is widely resented across Iraq and was a major target of the anti-government Tishreen protests that sparked off in October 2019.

Critics say the sectarian-based quota system - referred to as Muhassasa - has entrenched ethnic and religious divisions across Iraq and has allowed for massive, widespread levels of corruption across the state.

Viewing the system as unreformable, many Tishreen activists boycotted the October 2021 elections, but some decided to participate under a range of political banners - the Imtidad party, founded by Tishreen figurehead Alaa al-Rikabi, was the most successful, winning nine seats.

On Sunday, Imtidad representatives travelled to the assembly on tuk-tuks, the vehicles that became major symbols of the anti-government protests as they ferried activists (including wounded ones) to and from the demonstrations.

Independent lawmakers mainly those affiliated to the newly-found party Imtidad heading to parliament by Tuk Tuk, the symbol of the pro-reform protests that erupted late 2019 and led to October early elections. #Iraq pic.twitter.com/KN1uxykJaX

Other supporters carried pictures of activists killed during and since the protests.

Hundreds of people have died in the more than two years since the Tishreen protests began, either from the weapons of security forces or through assassination by armed groups.

Speaking to reporters on Sunday in Tahrir Square - the epicenter of the 2019 protests - Rikabi said his party would be a "political" opposition.

“We’ve discussed many things. We have a lot to do for the country, and hopefully what comes next will be better," he said.

“We have been clear from the beginning that we wouldn’t participate in a quota government.” 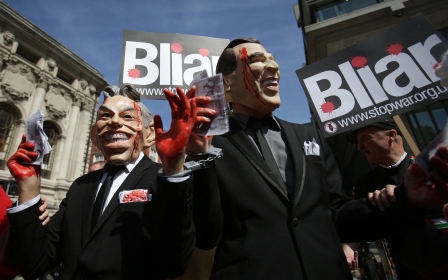 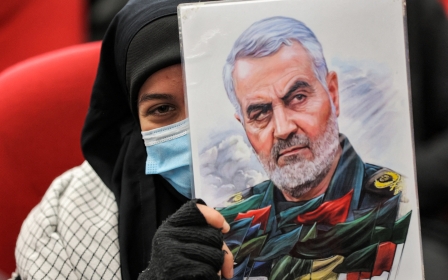