In January, Amnesty said Shia Iraq militias were engaged in a 'systematic pattern of violations' targeting the Sunni community Iraqi forces patrol the Arabi neighbourhood north of Mosul after recapturing it from the Islamic State (IS) group on 22 January, 2017 during the ongoing military operation against the militants (AFP)
By
MEE and agencies

Iraqi Prime Minister Haider al-Abadi on Monday ordered an investigation into allegations that members of Iraq's security forces and a Shia paramilitary group had kidnapped and abused civilians in the campaign to take back Mosul from the Islamic State (IS) group.

Abadi also called on field commanders to make sure no human rights violations were committed under the cover of the war operations, according to an official statement.

A recording circulated on social media and on the Qatar-based Al Jazeera network on Saturday purported to show police officers summarily executing three unarmed men in a district of Mosul retaken from Islamic State.

Popular Mobilisation is a coalition of predominantly Iranian-trained Shia groups, formed in 2014 to take part in the war on Islamic State. It became officially part of the Iraqi armed forces last year.

In January 2016, Human Rights Watch accused Shia militias of abducting and killing tens of Sunni civilians in central Iraq in retaliation for an IS bombing.

By the time the Iraqi state’s campaign against IS was in full swing, HRW was calling on the Iraqi government to prevent certain Shia militias from taking part in June’s operation to retake Mosul – citing the likelihood of mass human rights breaches.

The atrocities reached such a scale that the United Nations said in July that Shia militias had kidnapped 900 civilians – and executed as many as 50 of them – during the battle to take Fallujah from IS.

A US-led coalition is providing air and ground support to the Iraqi forces in their campaign to take back Mosul from IS, which captured the city in 2014 and declared a caliphate that also spanned parts of Syria. 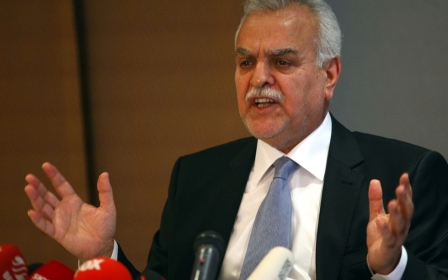 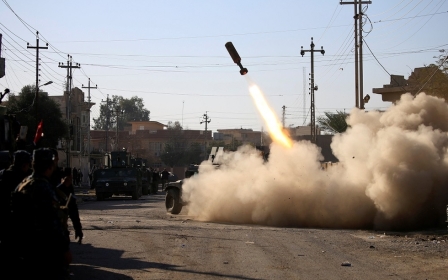