Repeatedly thwarted, Muqtada al-Sadr has begun implying the use of force and provoking his Iran-backed rivals A man smokes a cigarette during a sandstorm in Baghdad, Iraq, 23 May (Reuters)
By
Suadad al-Salhy

After months of frustration and impasse, relations between Muqtada al-Sadr and his Iran-backed Shia rivals have deteriorated so badly that Iraqi Shia leaders are predicting armed clashes could even be on the cards.

Sadr, an influential Shia cleric with a fiercely loyal following, emerged from Iraq’s October parliamentary elections as the clear winner. But his victory was quickly followed by a series of defeats that have stopped him and his allies forming a government.

Shia factions close to Iran were set to be frozen out of government, with Sadr allying with the Sunni bloc and Kurdish KDP. But a Federal Supreme Court ruling over the quorum needed for the government-formation process has meant Sadr has been unable to swear in his choice of president and prime minister due to his rivals boycotting parliament.

'No, a thousand nos. We will not return Iraq to quotas, corruption and abhorrent consensus'

The cleric then settled on sticking with the current government led by Mustafa al-Kadhimi, only for the federal court to again rule against him, saying Kadhimi’s cabinet was just operating in a caretaker role and could not make the important decisions necessary to keep Iraq going.

That decision unleashed an anger in Sadr not seen by his rivals since government-formation negotiations began. It prompted him to publicly denounce the judiciary, accusing it of "going along" with the "disgraceful" actions of the "blocking third" of MPs boycotting parliament.

In a broadcast last week, Sadr claimed the “blocking third” had obstructed government formation because they "do not exist without authority". He promised not to abandon his project, which would see two decades of rule-by-consensus ripped up for a majority government excluding the Iranian-backed parties.

Sadr warned his opponents of his anger and impatience. “Do you think that your actions will force us to ally with you?” he asked.

"No, a thousand nos. We will not return Iraq to quotas, corruption and abhorrent consensus."

The three-minute-long speech frightened many Iraqis and provoked Sadr's opponents, particularly the leaders of the armed Shia factions. What followed made it worse.

Any ambiguity about Sadr’s intentions was soon dispelled by Abu Mustafa al-Hamidawi, head of Sadr’s armed wing Saraya al-Salam, who tweeted afterwards: “We are ready, so wait for us."

Hundreds of Saraya al-Salam fighters then paraded in Sadr City, an impoverished east Baghdad neighbourhood that is the Sadrist stronghold, declaring their readiness to carry out the orders of their leader.

Meanwhile, media platforms affiliated with Sadr began publishing names of leaders of Asaib Ahl al-Haq and the Kataeb Hezbollah, the fiercest and most influential Shia armed factions. Their names were accompanied by their addresses, headquarters and photos, as well as threatening and intimidating expressions.

In response, the leaders of the Shia forces, including the armed factions, monitored the developments and readied all their fighters, ordering them to exercise maximum restraint, Shia leaders familiar with the developments told MEE.

'Everyone was angry and provoked, especially the leaders of the armed factions. Sadr went too far this time'

Hours later, on 16 May, the leaders of the Coordination Framework Shia alliance met at the home of former prime minister Haider al-Abadi in Baghdad to decide how they would respond to Sadr's threats.

The meeting, which lasted until the early hours of the next morning, resulted in a written statement, criticising Sadr for “questioning” and “challenging” the decisions of the Federal Court, which it described as a “dangerous development that establishes chaos and instability”.

It called on Sadr and his allies to abandon their plans for a majority government and "give priority to the national interest, abandon the policy of acquisition and monopolising power, and deal positively with initiatives”.

What the statement didn’t convey, however, was that the Coordination Framework leaders were “very provoked” by the Sadrist moves, and changed the wording several times to soften and dial down the anger and language, two people at the meeting told MEE.

"Everyone was angry and provoked, especially the leaders of the armed factions. Sadr went too far this time," one said.

According to the source, former prime minister Nouri al-Maliki, the most prominent political leader in the Coordination Framework alliance, refused to be drawn into exchanging threats with Sadr “and pressed a lot to change the content of the statement and its wording several times”.

"We didn't want to precipitate the collision that was imminent," the source said.

The relationship between Sadr and the Iranian-backed armed Shia factions, especially Kataeb Hezbollah and Asaib Ahl al-Haq, is tense. The scramble between the three for influence and benefits is at its highest level in years.

The situation has worsened further since the October elections, in which Sadr won 74 seats, while the armed factions suffered severe losses, gaining only 17 MPs. Worried they could be completely marginalised, the leaders of the armed factions allied with Maliki and some independents and small parliamentary blocs, creating a Shia parliamentary alliance of 83 MPs - just two fewer than the bloc Sadr had brought together.

Under Iraq’s constitution, the prime minister can be named only by the biggest parliamentary bloc. But under the power-sharing political system adopted by Iraqi forces since 2003, the premiership is a post that is always filled by a member of the Shia community.

To undermine Sadr’s supremacy in parliament, the Shia forces have begun insisting that rather than the largest parliamentary bloc having the right to nominate the next prime minister, it should be the largest Shia bloc - Maliki’s.

To counter this, Sadr has tried to build a larger Shia bloc by courting independents and smaller Shia parties, even offering them the position of prime minister on the condition that they form a bloc of 40 MPs and join his alliance. He was not successful.

Aware of the success they achieved in undermining Sadr's parliamentary supremacy, but also the dilemma that Sadr is currently facing, the leaders of the Iranian-backed armed factions decided in the meeting in Abadi’s home to adopt a new strategy.

According to one leader of a Shia armed faction, who is also a member of the Coordination Framework, the strategy of containing Sadr has to end because it pushed him too far.

“He thinks that we are afraid of confronting him, and that he can get away with whatever he or his group does. He is completely wrong,” the leader said.

"We were very patient with him, but he translated our patience into fear or weakness. This stage is over and he will see another face in the coming days." The Baghdad meeting also agreed that three options will be put to Sadr, two people there told MEE.

The first option is an alliance with the Coordination Framework to form a power-sharing consensus government that will last for one year only. If it fails, the majority government that Sadr wants will be formed.

The second option is to dissolve parliament and call for new elections. The third would be to keep the situation as it is, but any attempts by Sadr or his allies to make any governmental or legislative changes that could alter the current balance of power “would be met by all available means”.

"Our biggest fear all the time was that a Shia-Shia fight would break out, so we were turning a blind eye to his threats and the violations of his people,” a prominent commander of a Shia armed faction told MEE.

"We are not afraid of any kind of confrontation now. If he speaks in the language of threat, we will speak in the same language, and if he goes further than this and chooses armed confrontation, we do not mind,” he added.

“Sadr, as an armed faction, is not as strong as you think. His faction is much weaker than the rest of the factions. He knows this, and he will think a thousand times before choosing an armed confrontation." 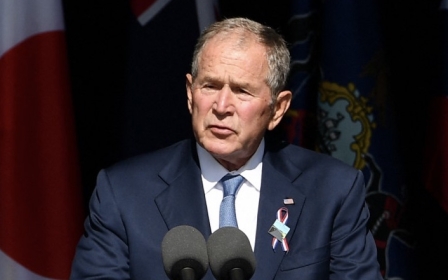 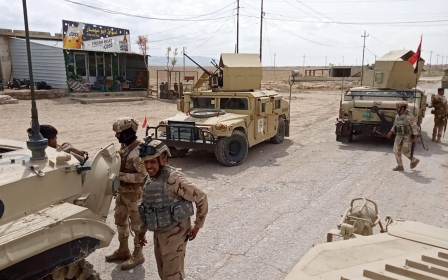 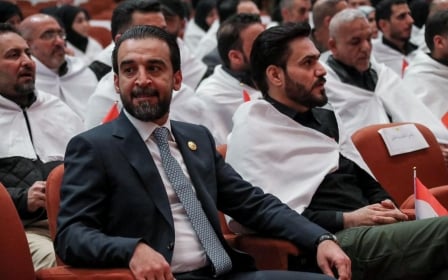