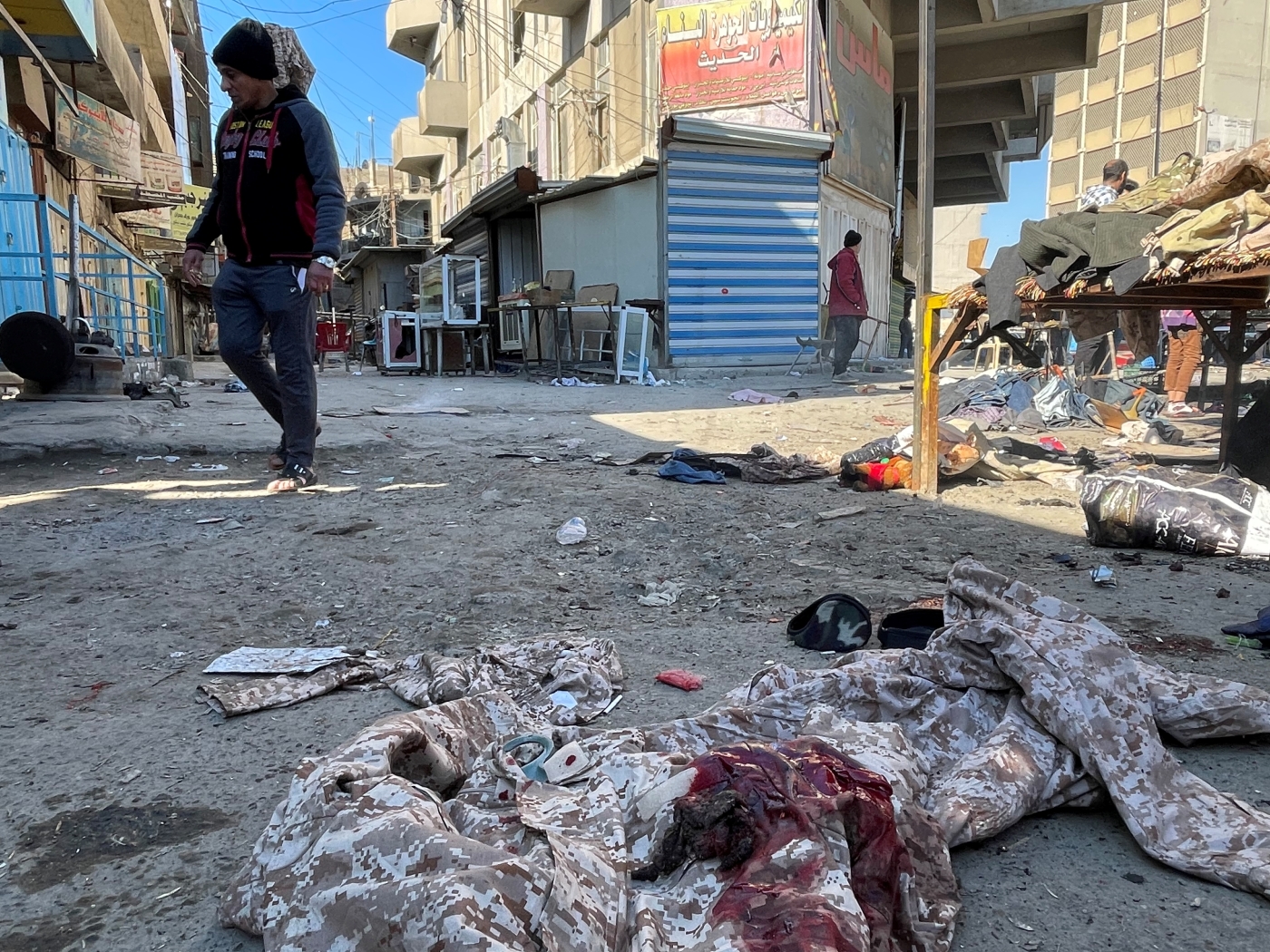 Iraq's health ministry said at least 32 were dead and 110 wounded.

No one has yet claimed responsibility for the attack in Tayaran Square. Video footage circulating online appears to show people in the market attempting to help those hurt by the first explosion, and then a second blast is seen, tearing through the gathering crowd.

"On Thursday morning, a terrorist attack was carried out by two suicide bombers who detonated themselves when pursued by security forces in the Bab al-Sharqi area in Baghdad," a military spokesman said in a statement.

The military said the first bomber ran into the market, attracting people towards him by claiming he was feeling unwell.

Iraq's health ministry said it had mobilised paramedics around the city. Bab al-Sharqi's streets are now cordoned off and strewn with debris and bloody clothes.

Since the Islamic State group (IS) was defeated by western-backed Iraqi forces in 2017, Baghdad has largely been spared the terror attacks that had become a gruesome routine.

The last suicide attack to hit Baghdad, also at Tayran Square, was in January 2018 and killed 27 people.

Ali al-Bayati, a member of the Iraqi High Commission for Human Rights, told Middle East Eye: "According to our long experience with terrorist attacks it is IS mostly, and it indicates a dangerous development in the capacity of such groups as it is targeting the capital now.

"What happened today indicates for sure the weakness in the security services and planning and intelligence efforts to prevent such acts."

Once holding a third of both Syria and Iraq, IS has been reduced to clandestine cells operating across the desert border area between the two countries.

"Islamic State stands behind the attack, which is an attempt to prove its existence and its expansion and reactivation," Kassab said.

"Unfortunately, the Iraqi security forces were not aware and vigilant despite all the information available at the Military Intelligence Directorate that informed them there will be a security breach today in Baghdad."