Iraqi authorities to start identifying remains from mass IS graves 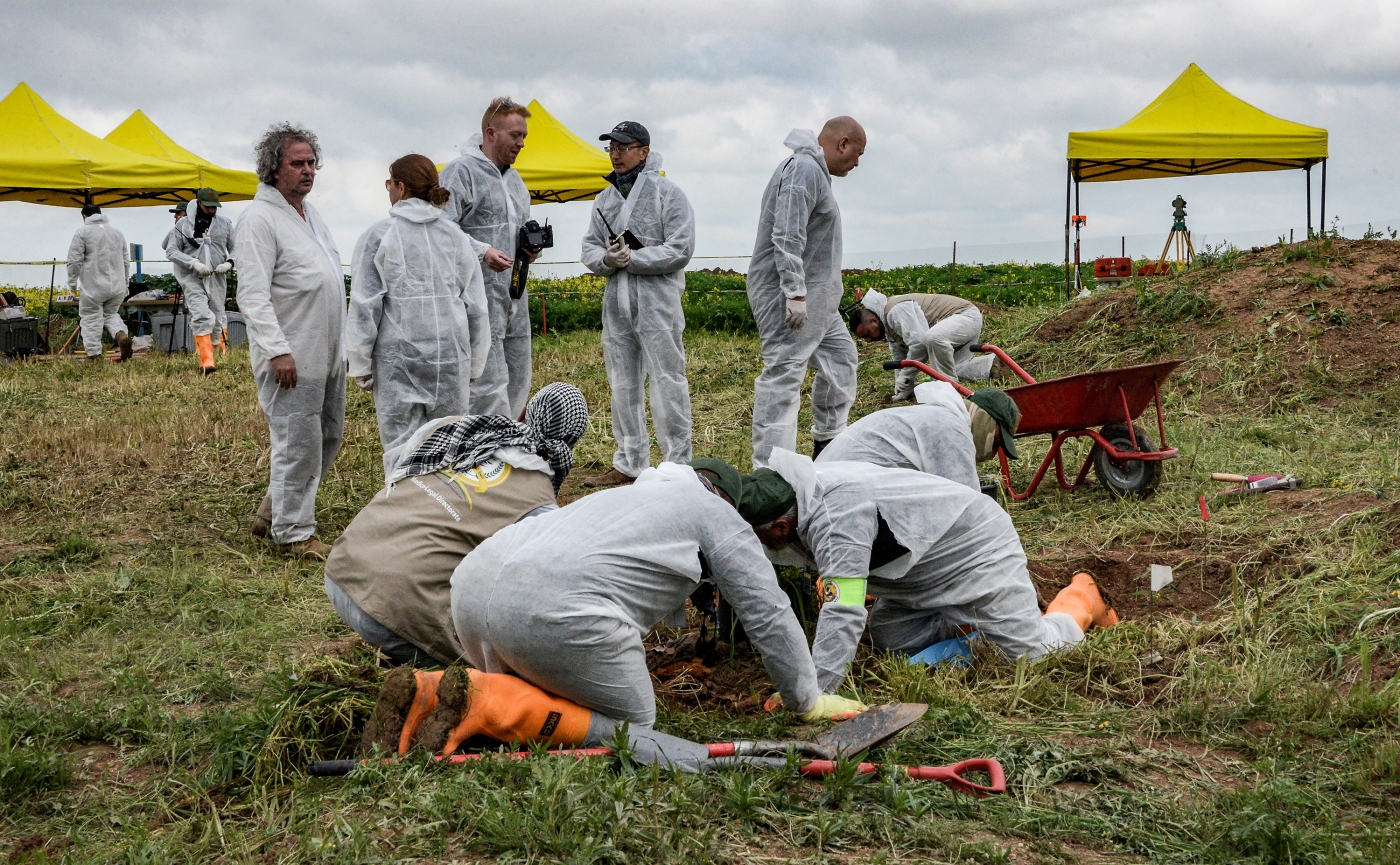 The head of Baghdad's forensic office has said he is set to begin the process of identifying the remains of 141 people found in mass graves in Yazidi regions of northern Iraq.

The efforts are part of an investigation by the Iraqi government and a special United Nations team to collect evidence of crimes committed by the Islamic State group.

'Here, we have three, four, or five missing people for a single survivor'

"The remains will first be examined, and then DNA samples will be taken to compare with samples gathered from families," Zaid al-Yousef, the forensic official, told AFP.

In 2014, the militant group swept across the Sinjar region, where the Yazidi minority had long been based, killing thousands.

The Kurdish-speaking Yazidis follow an ancient religion, but IS and other fundamentalists consider them "apostates".

The militants forced thousands of Yazidi women and girls to be "sex slaves", recruited boys to fight, and executed Yazidi men en masse in what the UN has said could amount to genocide.

The UN began its joint probe last year, exhuming the first mass graves of IS victims around the town of Kojo in Sinjar in March.

Last month, the UN said 12 of the 16 identified grave sites around Kojo had been exhumed. But Yousef said the next phase of identifying the victims would be a fraught process.

"We took around 1,280 samples from families in Sinjar, but the problem is that for a lot of them, there's just a single survivor and the rest are all missing," he said.

He said the identification process would also be impacted by the rate of intermarriage among Yazidis, who very rarely wed outside the community.

That insularity is part of what made IS's 2014 sweep so scarring, with many Yazidi women who were abducted and raped by IS initially excommunicated.

Yazidi spiritual leader Baba Sheikh issued a decision the following year welcoming those women back home, but the fate of the children born from those rapes remains unresolved and controversial.

Many Yazidi women who were kidnapped by IS have escaped in recent years, and dozens more fled to safety this year as IS's "caliphate" crumbled in Syria, but several thousand remain missing.

On 7 April, Iraqi President Barham Salih sent a draft bill to parliament that would see the killing of Yazidis officially recognised as genocide and guarantee support to female survivors. “The draft bill presented to parliament guarantees the rights of female Yazidi survivors of ISIS. It proposes they get [a] monthly allowance, rehabilitation and to ensure a dignified life,” the president’s office said in a statement.

Speaking at the UN Security Council on Tuesday, human rights lawyer Amal Clooney - who is representing IS survivor Nadia Murad among others - said she was requesting the transfer of a female member of the militant group, Umm Sayyaf, to stand trial for her role in the sexual enslavement of Yazidi women, as well as US hostage Kayla Mueller.

Umm Sayyaf is believed to be held in the custody of the Kurdistan Regional Government (KRG) in northern Iraq.

“Umm Sayyaf showed no solidarity with her fellow females: she locked them in a room, instigated their beatings and put makeup on them to ‘prepare’ them for rape,” Clooney said.

She said she was requesting her transfer to the US to face trial.

“If this august body cannot prevent sexual violence in war, then it must at least punish it,” she said. “This is your Nuremberg moment.” Inside Iraq
Several dead in multiple blasts in Iraq's Kirkuk