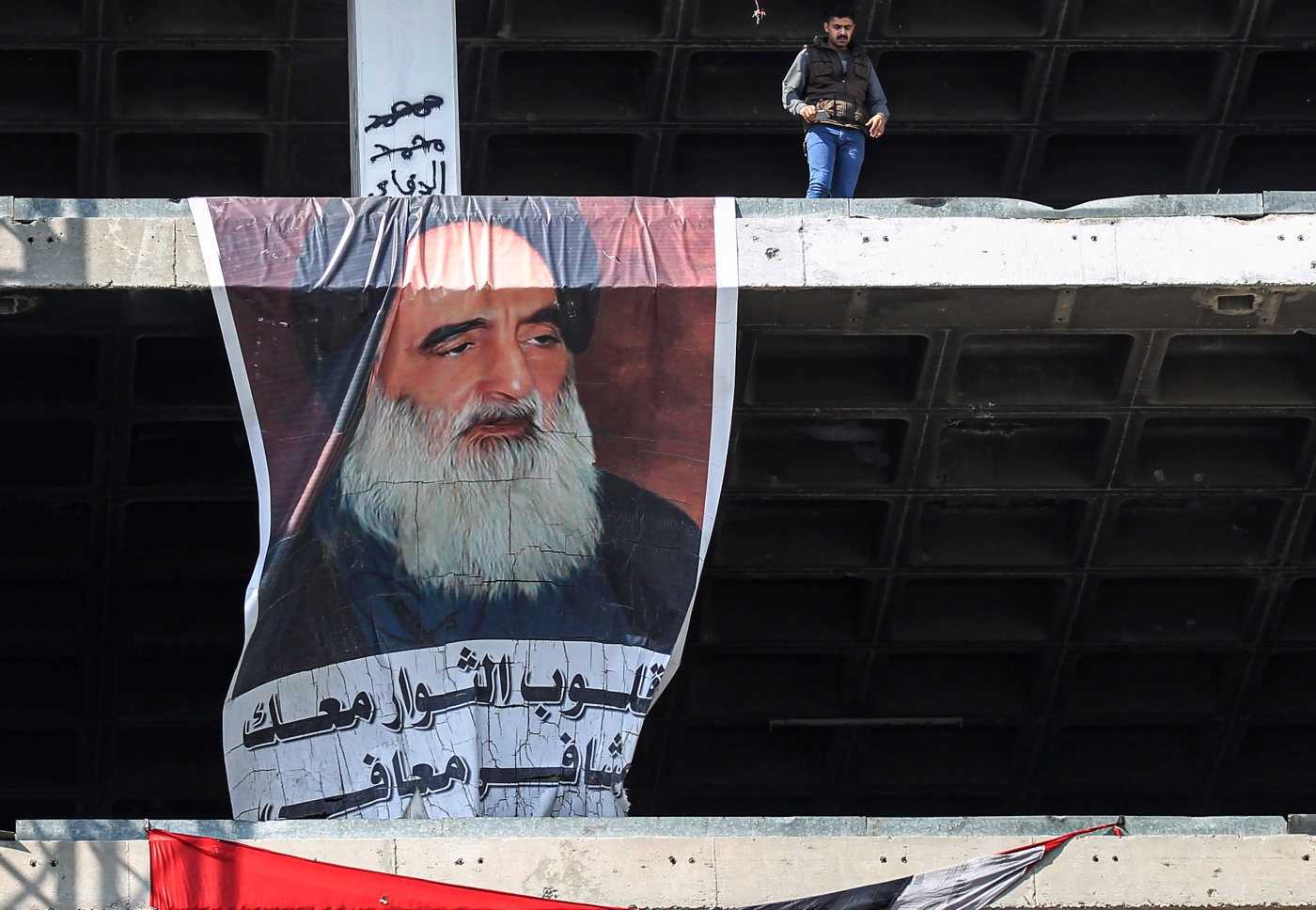 In a Friday sermon delivered by a representative, Grand Ayatollah Ali al-Sistani called the bloodshed "painful and unfortunate," adding that security forces had "no justification... to stop fulfilling their duties".

"They [security forces] must bear responsibility for maintaining security and stability, protecting peaceful protesters and their gathering places, revealing the identities of aggressors and infiltrators, and protecting the interests of citizens from the attacks of saboteurs," Sistani's representative said in speech in Karbala. 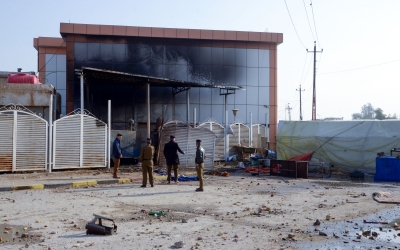 At least eight people were killed across the country this week, mainly in the southern city of Najaf, after supporters of Moqtada al-Sadr, wearing their recognisable blue caps, raided anti-government protest camps.

Sadr's followers had initially participated in the anti-government movement, but he has recently reconciled his relationship with pro-Iran Shia leaders who have been criticised by protesters.

On Sunday, Sadr called on his followers to help clear sit-ins, open roads blocked by protesters and ensure the reopening of schools and government offices that had been shut by months of demonstrations.

The cleric also backed the nomination of Mohammad Allawi as Iraq's new prime minister last weekend, to the dismay of protesters who were quick to reject the designated premier.

Demonstrations have rocked Iraq since 1 October, when protesters flooded streets and squares in response to widespread corruption, poor infrastructure and Iran's interventions in Iraq's internal issues.

Since then, almost 500 people have been killed in the crackdown, with thousands facing life-altering injuries.

Human Rights Watch has accused authorities in Baghdad of using "unjustifiable force," and has urged them to accept protesters' rights to "peacefully occupy public spaces".

In the capital Baghdad, Sistani's sermon appeared to bolster the resolve of demonstrators who remained at Tahrir Square.

"I was watching, afraid that he would be too general and it would allow for more suppression of the protests," one participant told AFP. "But he was able to deliver a message: He accepts only the official security forces, no 'blue caps' or anyone else."

In the southern city of Diwaniyah, Mohammad al-Bulani told AFP the Sistani sermon showed his support for the protest movement. "He is the only one who has stood with our demands and defended us," he said.

"We hope we don't lose this important support because everyone - from political parties to militias and illegal armed factions - is trying to annihilate us to end the demonstrations by any means." Inside Iraq
REVEALED: The deal made in Iran that brought Iraq's new PM to power 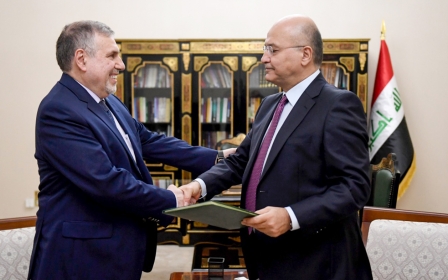