Police fatally shot two protesters with live ammunition and two others died after police fired tear gas at them, an unidentified medical source told the AFP news agency on Friday.

It was unclear if the demonstrators died because of tear gas inhalation or if they were struck by tear gas canisters.

At least four protesters were killed that day, while 40 others were injured.

The death toll continues to mount in Iraq, which has seen a widespread wave of anti-government protests over the last month.

Iraqi security forces have ramped up their crackdown on the protesters, who are calling for an end to corruption and for the government to step down.

Since the protests began, more than 340 people have been killed and thousands wounded.

Iraqi politicians have so far resisted the protesters' call for them to step down, instead proposing a series of measures aimed at changing Iraq's electoral system.

The protesters have rejected those proposals.

Demonstrators have occupied Baghdad's central Tahrir Square over four consecutive weeks and their protests have spread onto bridges leading to the western bank of the Tigris river - an area that houses the Iraqi parliament, the prime minister's office, several ministries and the central bank, as well as foreign embassies.

Meanwhile, also on Friday, Ayatollah Ali al-Sistani called for Iraq's politicians to push through their proposed electoral law reforms in a bid to end the political unrest.

"We affirm the importance of speeding up the passing of the electoral law and the electoral commission law because this represents the country moving past the big crisis," his representative said during a sermon in the holy city of Kerbala.

Sistani has previously said that the demonstrators held legitimate demands and that they should not be met with violence.

Iraqi parliamentarians are set to meet on Saturday to interrogate the country's industry minister as part of a planned government reshuffle.

Earlier this week, they began discussing a draft electoral law that would shrink the size of parliament and distribute votes according to a complex, hybrid system.

Critics of the current law say it favours entrenched political parties over independents and is vulnerable to corruption and seat-buying.

The last Iraqi elections in May 2018 produced a parliament in which no bloc had a clear majority. 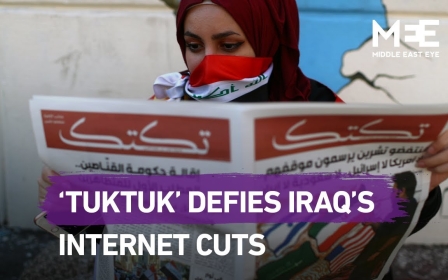 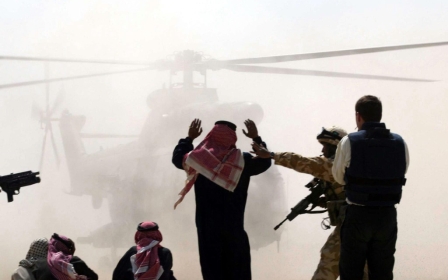