A worker checks the valves at Al-Sheiba oil refinery in the city of Basra, Iraq (Reuters)
By
Reuters
Iraq would have to compensate international oil companies for limits placed on their production, according to industry sources and documents seen by Reuters, further reducing the prospect it will join any OPEC deal to curb the group's output. The compensation - stipulated in contracts - would compound the financial hit of losing much-needed revenue from crude sales, if the cash-strapped country were to yield to OPEC entreaties to curtail national production. OPEC member Iraq pays developers a fixed dollar-denominated fee for every barrel of oil produced in the south of the country - home to its biggest reserves - under technical service contracts agreed between the international firms and the state-owned South Oil Company (SOC). "Immediately after (an) SOC notice of ... production curtailment, the parties shall agree ... a mechanism to promptly fully compensate (the) contractor as soon as possible," according to an excerpt of the contract the ministry signed with BP in 2009 for the company to develop the 20-billion-barrel Rumaila field. The compensation, according to the excerpt seen by Reuters, "may include, amongst other things, a revised field production schedule or an extension to the term or payment of all or part lost income to contractor". Britain's BP declined to comment. The same clause also applies to other fields covered by the technical service contracts in the south, including fields being developed by Anglo-Dutch firm Shell, US major Exxon Mobil and Italy's Eni, according to industry sources. A Shell spokeswoman said it did not comment on contracts. Exxon declined to comment and Eni did not immediately reply to a request for comment. A senior oil official with SOC told Reuters the country would not have to worry about curtailment clauses because it had no plans to limit production. "On the contrary, we're encouraging the foreign companies to raise production as much as they can," said the official, who declined to be named as they are not authorised to speak publicly. The Organization of the Petroleum Exporting Countries agreed in Algiers in late September to limit its collective output to 32.5-33 million barrels per day (bpd). The group's production hit a record 33.64 million bpd in October. Iraq has asked to be exempted from output curbs, arguing it is still trying to regain market share lost when sanctions were imposed in the 1990s during the Saddam Hussein era, and that it needs to keep up a costly battle against Islamic State. "OPEC must submit to the fact that Iraq must stay away from any possible output cut deal because the country is in the middle of a tough war and every single dollar is needed to keep it standing on its feet," a senior government official close to Prime Minister Haider al-Abadi told Reuters. Iraq put its output at 4.77 million bpd in October and said it would not go back to below 4.7 million bpd. "Not for OPEC, not for anybody else," said Falah al-Amri, Iraq's OPEC governor and head of the country's state marketer SOMO. There is, however, no certainty over how the discussions will play out at an OPEC meeting on Nov. 30. As a consequence, the Iraqi oil ministry and oil companies will not be able to finalise their 2017 spending plans until after the meeting, to have enough clarity on what route Iraq will take on its near-term production ambitions, an industry source told Reuters. Iraq has been making great efforts to ensure it pays its dues to oil firms promptly and oil minister Jabar Ali al-Luaibi has made boosting production in the country a priority. "Iraq is one of the countries in the region that doesn't have large foreign reserves, so will want to continue to maximise its revenue," said Jessica Brewer, Middle East upstream oil analyst at UK-based consultancy Wood Mackenzie. She added that while most Middle Eastern OPEC members had all or most of their production operated by national oil companies, Iraq was one of the few that relied on international oil companies for the majority of its output. 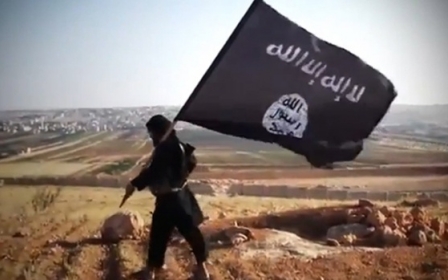