The games, which helped pioneer the multiplayer online battle arena (MOBA) genre, pit dozens of players against each other on a fictional island, where only one person remains standing.

Both PUBG and Fortnite enjoy immense popularity in Iraq.

They asked the country’s communications ministry and media commission to block access to the games, although a full ban still requires cabinet approval.

The head of the parliament’s culture committee, Sameaa Gullab, introduced the legislation.

"The Committee on Culture, Information, Tourism, and Archaeology views with great concern the spread of the phenomenon of electronic games that is causing violence among children, and young boys and girls," she said. She added that these games "threaten the social and moral peace" of the country.

PUBG, made by the South Korean company Bluehole, has been downloaded more than 360 million times around the world since its release in late 2017.

Nepal and India's Western Gujarat state have also banned the game over concerns about its impact on the young.

Studies have consistently shown that playing violent video games does not correlate to an increased likelihood to commit violence in the real world.

A recent study by Oxford University found “confirmatory evidence that violent video game engagement, on balance, is not associated with observable variability in adolescents' aggressive behaviour".

“Despite interest in the topic by parents and policymakers, the research has not demonstrated that there is cause for concern,” said Andrew Przybylski, a psychology professor at Oxford.

A majority of Iraq’s population is young. Roughly 60 percent of Iraq's almost 40 million people are under the age of 25 and the population is set to grow by another 10 million before 2030.

According to the World Bank, 17 percent of Iraq's young men and a whopping 27 percent of young women are unemployed.

Since 1980, Iraq has suffered wars with Iran and Kuwait, a crippling international embargo, the US-led invasion that toppled Saddam Hussein and years of sectarian bloodshed. 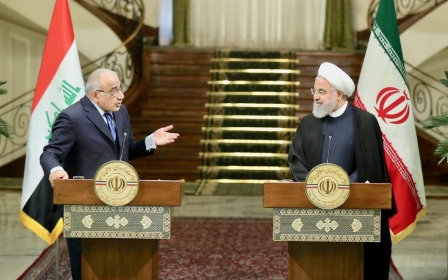