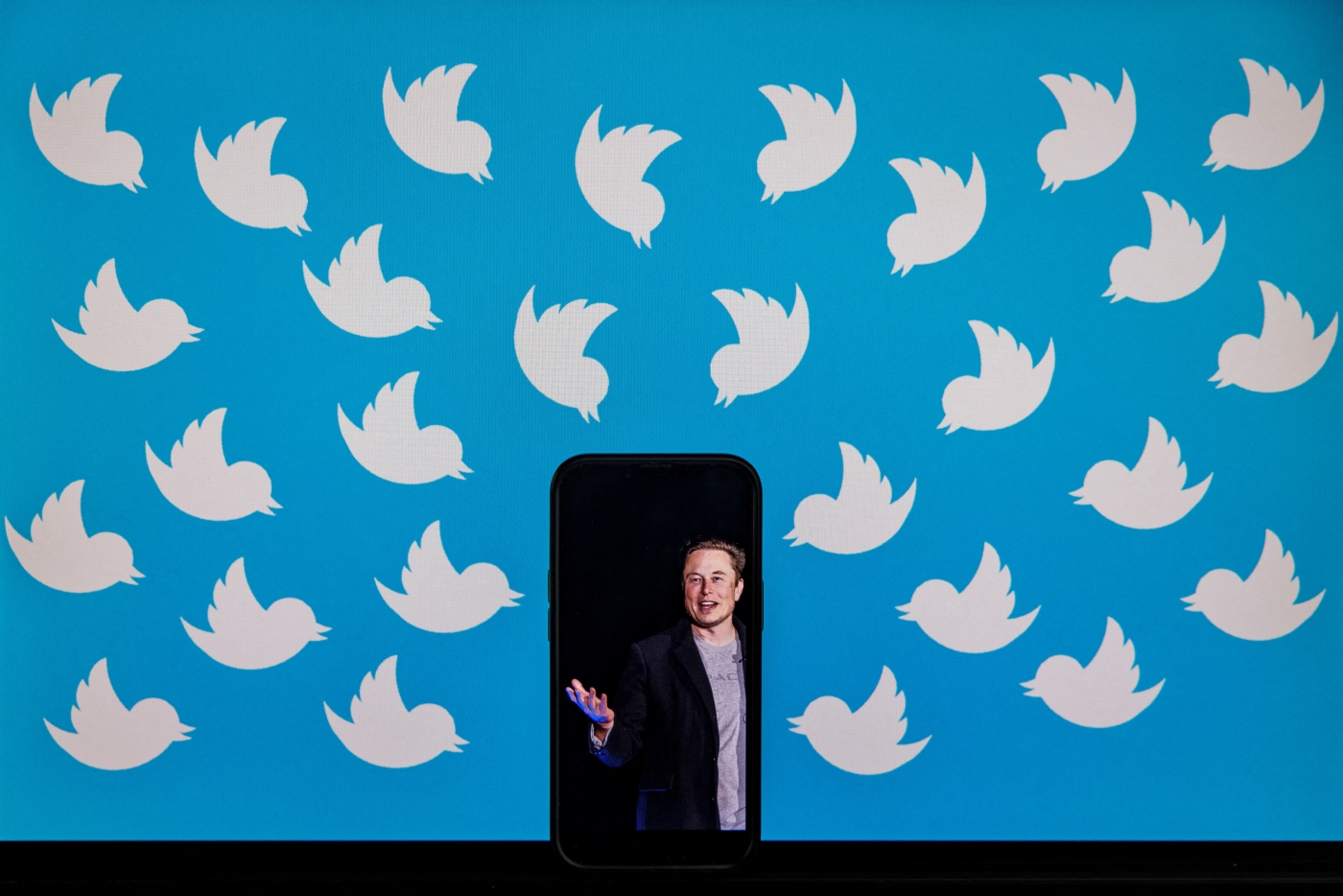 This file photo illustration taken on 5 August 2022 shows a cellphone displaying a photo of Elon Musk placed on a computer monitor filled with Twitter logos in Washington, DC (AFP)
By
MEE staff

Twitter's short-lived, revamped verification policy has churned out blue check-marks for far-right "extremists", according to a new report. Among those verified have been anti-Muslim and pro-Trump influencers.

Previously, Twitter's verification process came at no cost to users and served to authenticate prominent accounts including those of government officials, celebrities and journalists.

But between 9-11 November, the platform allowed any user to subscribe for the paid Twitter Blue service, and with it, obtain the coveted blue tick. After two days, the window for new signups closed, following a wave of verified impersonator accounts that included parodies of one of Elon Musk's other companies, Tesla.

The launch of the $7.99 per month Twitter Blue subscription sparked a backlash among critics who feared verification would lose its value and legitimise sources of hate speech on the platform.

Among newly verified accounts were far-right activists who push Islamophobic and anti-LGBT messaging, among other hateful ideologies.

According to the Southern Poverty Law Center (SPLC), verified users now include Amy Mekelburg, known online as Amy Mek and dubbed a “major cog in the Islamophobia machine", who has for years pushed anti-Islamic rhetoric - including comics ridiculing Muslims and personal attacks against community leaders - in her Twitter feed.

According to the Huffington Post, her followers have included Sean Hannity, Roseanne Barr and the personal account of Sara Huckabee Sanders - the White House Press Secretary under former president Donald Trump - and she has even earned the praise of Trump himself.

Other newly verified users include Richard Spencer, who has been credited with coining the term "alt-right" and who called Islam a "black flag" that is "directed against Europe"; Jason Kessler, who SPLC calls a white nationalist; Tanner Guzy, a supporter of the alt-right "Deseret nationalist" or DezNat movement; and Alex Stein, a comedian known for his trolling stunts.

Earlier this month, his first email to employees warned of "difficult times ahead" and ended remote work. This week, a slew of employees left the company in response to Musk's ultimatum to "commit" to Twitter - or leave with severance.

Musk said this week a relaunch of a "rock solid" Twitter Blue was coming by 29 November. The announcement comes after its initial launch caused a number of issues.

On Friday, he said in a tweet that the platform would instate a policy of "freedom of speech, but not freedom of reach" and tweets containing negative or hate speech would be demonetised and made unavailable on feeds "unless you specifically seek it out".

Concerns of an influx of hate speech were at the forefront of criticisms of Musk's Twitter takeover. Although he said instances of hate speech had declined "below prior norms" and claimed the platform's "strong commitment to content moderation remains absolutely unchanged", the Center for Countering Digital Hate reported a spike in hateful language during the week in question.

A number of celebrities and profiles have had their accounts reinstated, including Kathy Griffin, Jordan Peterson and Babylon Bee, Musk said in another tweet on Friday. According to Musk, a "Trump decision has not yet been made".