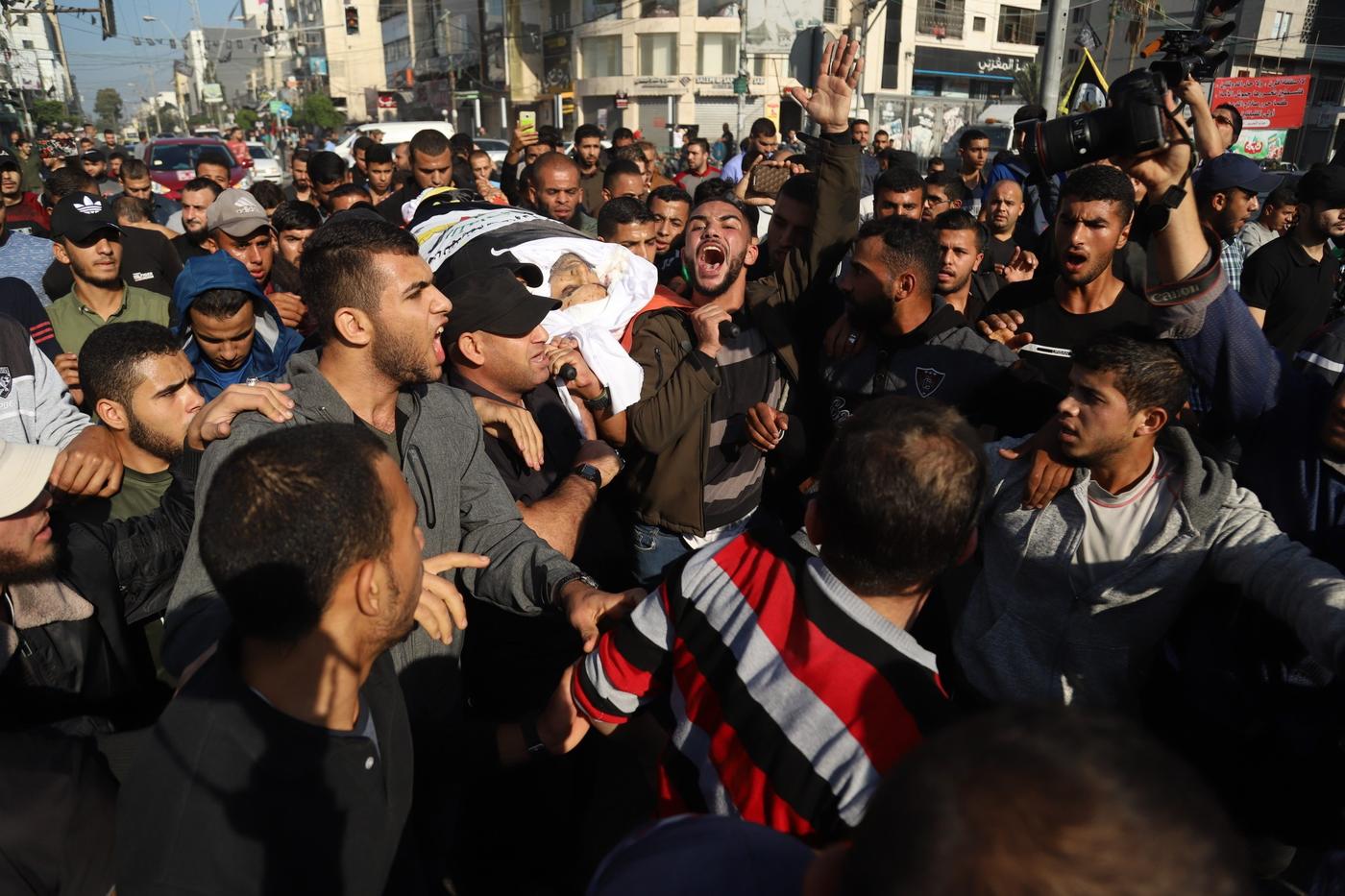 Israel Prime Minister Benjamin Netanyahu has said that Israel does not seek to escalate tensions with the besieged Gaza Strip, just hours after the Israeli army announced that it had assassinated a senior military leader of Islamic Jihad in Gaza.

In a statement, Islamic Jihad confirmed the death of 42-year-old Bahaa Abu al-Atta, the group's commander in the northern Gaza Strip, and his wife Asmaa, 39, in an Israeli attack on their house in the east of Gaza City.

Around an hour after the killings in Gaza, dozens of missiles were launched into Israel from Gaza after Palestinian groups vowed retaliation for the killings. Israeli forces have carried out several subsequent strikes in Gaza.

At least five more Palestinians were reported to have been killed, the Gaza Ministry of Health said, raising the death toll to seven Palestinians killed in Israeli strikes on Gaza on Tuesday.

Egyptian sources have told news agencies the country was mediating to de-escalate tensions, with AP agency reporting Cairo was trying to get the United States and the European Union involved in the mediation efforts.

In a joint statement, the Israeli army and the General Security Agency (Shin Bet) said it had undertaken an air strike at 4am targeting the building where Abu al-Atta and his wife were located.

The statement said Abu al-Atta was "the top leader of Islamic Jihad" and that the assassination had been approved by Netanyahu a week ago.

Islamic Jihad also announced that Akram al-Ajouri, a member of its political bureau, had survived an Israeli attack on his house in the Syrian capital Damascus on Tuesday - but that his son and a number of his bodyguards had been killed.

In a news conference on Tuesday with Israeli army chief Aviv Kohavi, Netanyahu said: "Israel is not interested in escalation, but we will do everything required to protect ourselves.

"This could take time. What is needed is stamina and cool-headedness."

Speaking at the Israeli military's headquarters, Netanyahu claimed Abu al-Atta was a "ticking time bomb" who had disrupted attempts to reach a calm with Hamas.

"This arch-terrorist was the main perpetrator of terrorism in the Strip," Netanyahu said, alleging that Abu al-Atta was behind the launching of hundreds of rockets at Israel.

"He was in the process of planning more attacks... he was a ticking bomb."

Hamas politburo chief Ismail Haniyeh accused Israel of trying to “create chaos and to hinder our bids to restore unity” between Palestinian factions, but vowed that Palestinian groups would “remain united in the path of resistance”.

"Israel’s return to the illegal and criminal policy of extrajudicial assassination and its wilful disregard for the lives of the Palestinian civilian population is reckless and criminal," she said in a statement.

"This premeditated escalation has wreaked havoc in the Gaza Strip, where life has come to a grinding halt and where an entire captive civilian population is helpless and defenceless in the face of Israeli bombardment of civilian buildings [...] These acts constitute war crimes for which Israel must answer."

Newly-appointed Israeli Defence Minister Naftali Bennett announced a state of emergency in areas of Israel within 80km of the besieged Gaza Strip.

Multiple rocket alerts have been sounded in southern Israel, including in Ashdod, Beit Elazari, Ashkelon, Zikim, Karmia, and as far north as Holon and Rishon Le Zion, in the suburbs of Tel Aviv, signalling retaliation from Islamic Jihad was underway.

In Ashdod, no casualties were reported, but some vehicles were damaged, according to police reports. The Israeli military said that 50 rockets had been launched into Israel since Tuesday morning, 20 of which were intercepted by the Iron Dome missile defence system.

Israeli officials said 22 people had been wounded in Israel by early afternoon, most of them sustaining light injuries. Among the sites hit by Palestinian rockets were a toy factory in the border town of Sderot and a highway where CCTV footage showed cars and a bus barely escaping the impact.

Following the rocket attacks, an Israeli air strike on two men riding a motorcycle in Gaza killed one and wounded the other, Palestinian residents told the Reuters news agency.

The Israeli army said the two men were part of an Islamic Jihad rocket-launching unit and were targeted "in order to remove an immediate threat".

The Palestinian Ministry of Health said Mohammed Attiyeh Muslih Hamouda, 20, Zaki Mohammad Ghanama, 25, and Ibrahim Ahmad al-Dabous, 26, were also killed by Israeli forces in northern Gaza. It remained unclear whether they were killed by the same strike.

The ministry added that at least 30 Palestinians had been injured in Israeli strikes on Tuesday.

Israeli newspaper Haaretz said preparations were being made for a further escalation, with schools and all non-essential work cancelled throughout the targeted areas and local authorities readying shelters.

The crossings between Israel and Gaza, through which most goods transit into the Strip will be closed until further notice, Israel announced on Tuesday.

The fishing zone will also be reduced to six nautical miles.

Following the Gaza killings, Benny Gantz, the leader of Kahol Lavan (Blue and White) party who is currently tasked with forming the next Israeli government, said on Twitter: "The political echelon and the IDF (Israeli army) made the right decision tonight for the safety of the citizens of Israel and the people of the south.

"Kahol Lavan will back up any activity that is right for Israel's security and put the safety of the people above politics."

Speaking to Middle East Eye, Khalid al-Batsh, a member of Islamic Jihad's political bureau, said: “These crimes are the announcement of a new Israeli war on the Palestinian people and the Israeli occupation is blamed for it.”

Regarding the timing of the assassination, Batsh said: “The Israeli occupation is moving its internal crises towards the Palestinians and their resistance groups.”

With regard to the attempted assassination of Ajouri, he said: “The Israeli occupation crossed the borders regarding its aggression against the Palestinians.

"There must be a massive response which matches the crimes.”

Batsh said that his movement and its military wing were ready for retaliation and ready to defend the Palestinian people in Gaza and everywhere.

All other Palestinian factions, including Hamas, Fatah, and the Popular and Democratic Fronts, condemned the Israeli “aggression” and also blamed the Israeli occupation for any possible escalation.

Hamas spokesman Hazem Qasim told MEE: “The Zionist occupation is blamed for the consequences of this assassination and dangerous escalation.

“Resistance against the Israeli occupation will continue and escalate. The crime of assassinating the leader of the Islamic Jihad will not pass without punishment.”

Qasim said that the joint heads of the military wings of the Palestinian factions would decide how big and how long any retaliation would be.

He said that Hamas would never take an isolated decision in any of the Palestinian issues, and that any measure must be discussed with the other Palestinian factions and a collective decision be taken by all of them together. He did not rule out that the killing would lead to a wide-scale escalation of violence as Islamic Jihad would definitely retaliate over the assassination of its leaders.

Other factions will not remain silent, especially Hamas, he said, stating that the Israeli army said that it was ready for a round of clashes lasting a couple of days.

Abu Amer said that the timing of Abu al-Atta's assassination was related to the aftermath of the Israeli elections as Netanyahu would gain several advantages from it.

The Israeli prime minister would also be able to claim the achievement of killing Abu al-Atta as he had intentionally approved the operation hours before tasking Bennett to run the defence ministry.

Akiva Novick, a political commentator on Israeli news Channel 13, conjectured that the Israeli strikes on Gaza were tied to the ongoing political deadlock in Israel - as Gantz seeks to form a unity government after Netanyahu failed to do so following September elections in which no party scored a decisive victory.

"Netanyahu is a coward. The chance that he will launch a ground incursion into Gaza again is very low," Novick told MEE. "[Israeli political] unity will only happen if the situation worsens and missiles reach major cities. I believe that at the end of this drama, we will reach elections again."

Sharona Pinhas, a Tel Aviv resident, appeared to share Novick’s view that the decision to carry out strikes in Gaza may have been motivated by internal Israeli politics - including the several corruption cases pending against Netanyahu.

“I used to live in Sderot for years, so I used to run to shelters all the time. Here in Tel Aviv, it feels unnecessary. Business here is as usual,” she told MEE. “I really hope that the current operation is not influenced by foreign considerations by our decision-makers, such as the elections or our prime minister’s criminal cases.” 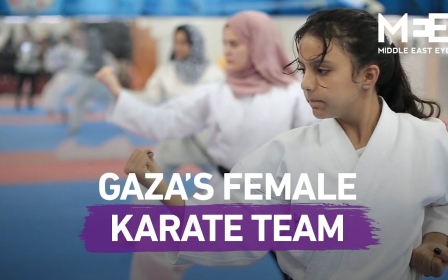 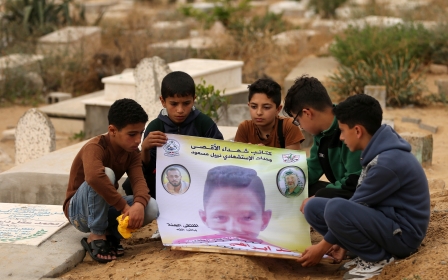