An Israeli court has upheld a travel ban against a Palestinian campaigner for Amnesty International who has been barred from leaving the occupied West Bank.

The rights group said in a statement on Tuesday that a judge at the Jerusalem District Court accepted the Israeli security agency’s position that Laith Abu Zeyad constitutes a security threat, effectively "rubber-stamping" the ban.

Tuesday's hearing was the second failed petition filed in challenge of the measure, a previous one having been dismissed in November.

"For the second time in less than a year, Israeli authorities, including the judiciary, have demonstrated their wanton disregard for international human rights law," said Agnes Callamard, Amnesty International's secretary general.

"Laith has now been living under these arbitrary restrictions for more than 500 days and the Israeli authorities have yet to provide an adequate explanation beyond the bogus claim that Laith poses a ‘security threat’ which they never specified," continued Callamard, who formally served as a special rapporteur for the United Nations Human Rights Council.

Laith Abu Zeyad to the judge in his case: I've been under a travel ban for more than 500 days. Give me back my freedom #lifttheban

Israeli authorities initially stopped Zeyad on 26 October 2019 at an Israeli-controlled border crossing between the occupied West Bank and Jordan on his way to attend a relative's funeral.

Abu Zeyad was forced to wait at the Allenby Bridge crossing for four hours before authorities informed him that he was banned from travelling abroad by Israeli intelligence for "security reasons".

A month later, he was denied a humanitarian permit to accompany his mother to Jerusalem for cancer treatment, also on the grounds of "security reasons" which have still not been disclosed.

Israel's Ministry of Foreign Affairs did not respond to Middle East Eye's request for comment by the time of this article's publication.

Israel controls all border crossings in and out of the occupied West Bank, which is separated from East Jerusalem by a large concrete wall. Palestinians living in the West Bank need special permission from Israel to enter Jerusalem, as well as Israel.

Starting in November 2017, when Abu Zeyad began working with Amnesty International, he had been issued at least three permits to enter Israel, each lasting for six months. In Tuesday's statement, Callamard asserted that it was his work for the human rights group that triggered Israel's "security concerns".

"The travel ban on Laith Abu Zeyad is a reprisal for his work as a human rights defender," Callamard said.

"It has prevented Laith from doing critical advocacy work internationally and barred him from working at Amnesty International’s office in occupied East Jerusalem. A decision to uphold his travel ban will have chilling repercussions not only for Laith, but for all those who undertake human rights work against Israeli violations."

Ahead of the court hearing, 16 local human rights groups, including B'Tselem, Adalah, Breaking the Silence and Physicians for Human Rights in Israel, released a statement condemning Abu Zeyad's ban, which was published in Hebrew on the front page of Israel's daily Haaretz newspaper on Tuesday.

"Imposing draconian restrictions that deny millions of Palestinians freedom of movement is a key feature of the Israeli regime," the groups stated. "Israel denies Palestinians' rights to travel abroad while regarding its citizens' rights to do so as fundamental."

"Prohibiting Laith Abu Zeyad from leaving the West Bank is yet another example of Israel's persecution of human rights activists, which is aimed at silencing critics of the regime and of its policies. Nevertheless, these are exactly the measures that expose the nature and goals of the regime," they continued.

"We stand in solidarity with our colleague from Amnesty International and say again to the government: such harassment will not deter us."

Abu Zeyad's initial ban came at a time when Israel had begun increasing efforts to crack down on human rights groups and activists working within Israel and the Palestinian territories. In 2018, Israel revoked the work permit of Human Rights Watch's Israel-Palestine director and US citizen Omar Shakir, accusing him of supporting the Palestinian-led Boycott, Divestment and Sanctions (BDS) movement. It then expelled Shakir from the country and denied subsequent appeals to the action.

A year later, the Israeli government refused to renew the mandate for an international force that monitored violations in the city of Hebron in the occupied West Bank.

"For years now, Israel's oppressive rule over the Occupied Palestinian Territories has punished those who dare to challenge its abysmal human rights record or criticise the occupation," she said.

"Palestinian human rights defenders and activists receive the brute end of this punishment. Laith’s case is emblematic of the failure of the international community to effectively challenge Israeli violations. Inaction by third states has meant that Israel has been able to continue its systematic violation of Palestinian human rights, including an onslaught against the human rights movement, with impunity."

Hurryyat, a Jersusalem-based rights organisation, recorded that nearly 8,000 Palestinians were banned from leaving the occupied West Bank between the years of 2015 and 2020. 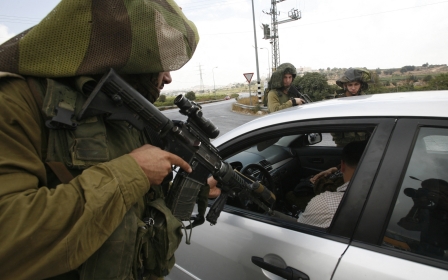 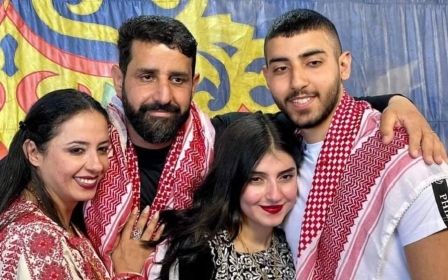 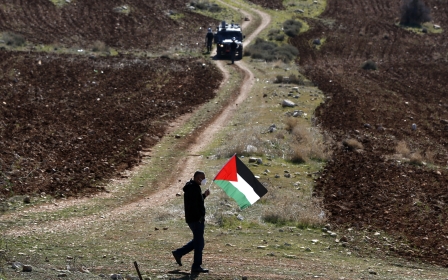