Kagame first visited Israel in 2008. His address to AIPAC comes after a trip by Netanyahu to Rwanda last July 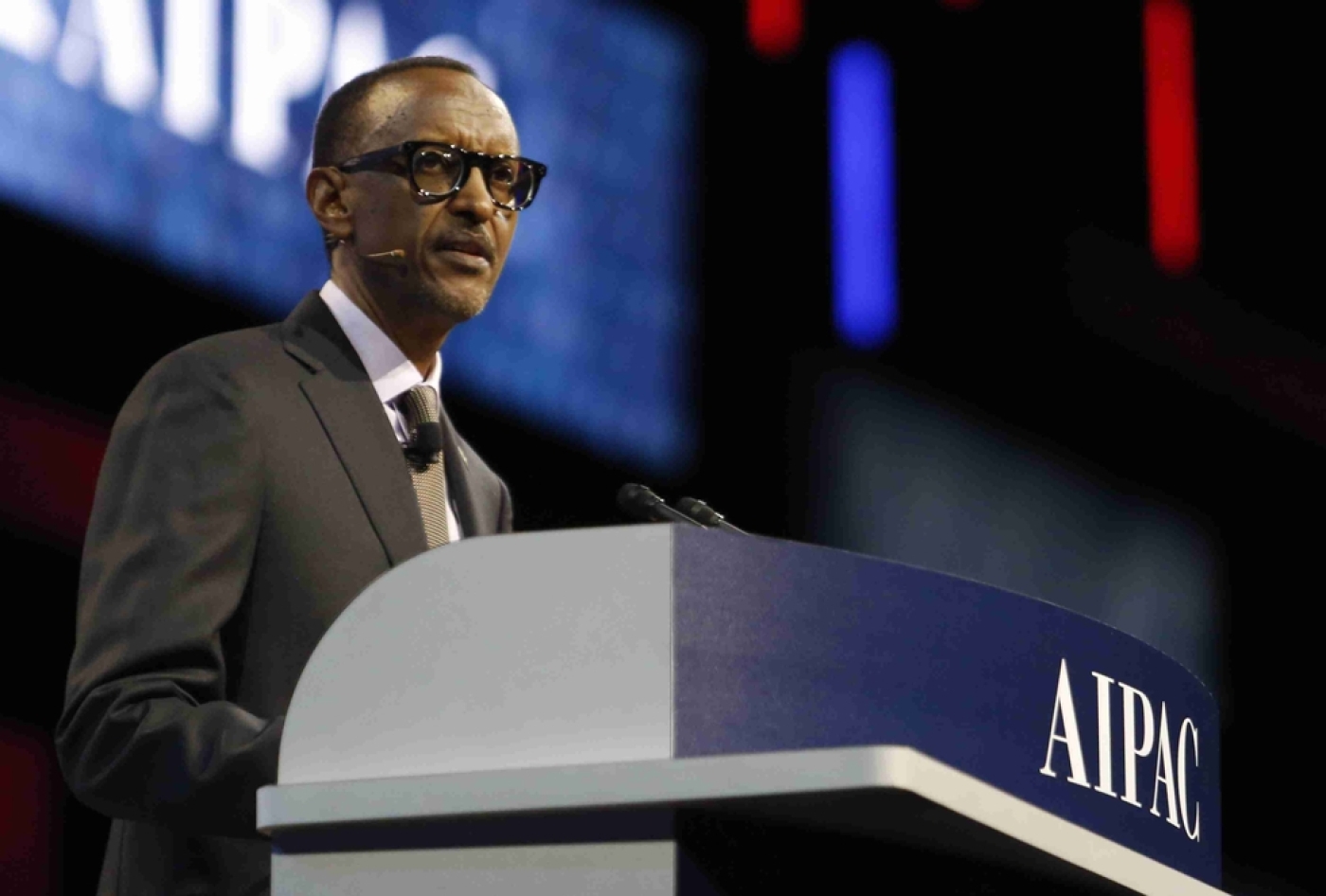 Rwandan President Paul Kagame, who has led the country since 2000, was commander of the rebel force (AFP)
By
Amandla Thomas-Johnson

Rwanda President Paul Kagame has described Israel as an inspiration for his own country’s rebirth after genocide, a week after a UN body declared Israel an "apartheid regime".

In an address to the American Israel Public Affairs Committee (AIPAC) in Washington, Kagame drew parallels between the Nazi holocaust and the 1994 Rwandan genocide, when some 800,000 people were killed in just 100 days.

Rwandan President @PaulKagame at #AIPAC2017: "#Rwanda is without question a friend of #Israel." 🇷🇼🇺🇸🇮🇱 pic.twitter.com/P50yMDHBA5

"The security of peoples who have once been targeted for extermination can never be exclusively physical," he said. "Until all ideologies which justify killing as a patriotic duty are defeated, our world is not truly safe. Not for us, not for anyone."

Kagame, who has led the country since 2000, was commander of the rebel force that put an end to the 1994 slaughter of Rwandan Tutsis by Hutu extremists.

He has since turned Rwanda into a regional economic success story but has been criticised recently for what is seen by some as an authoritarian drift.

Israel has in recent years cultivated relations with African governments and increased its trade on the continent, working to put behind it controversy around its role in the decolonisation years in Africa.

The 1973 Yom Kippur war set relations with some African political movements back a generation as they saw their own struggles against colonial rule reflected in the Palestinian fight for statehood.

Israel was previously held at arms length by many states over Israel’s military support for South Africa’s former apartheid regime.

However, a controversial report by the United Nations Economic and Social Commission for Western Asia has evoked comparisons between Israel and the apartheid regime, claiming that “Israel has established an apartheid regime that dominates the Palestinian people as a whole." The report added that Israel was “guilty of policies and practices that constitute the crime of apartheid as legally defined in instruments of international law”.

'Israel has the right to exist and thrive as a full member the international community. This is not an infringement of the rights of any other people'

This amounts to the “commission of a crime against humanity”, the report said. Yet it appears to have done little to dent Kagame’s support for Israel.

"Israel has the right to exist and thrive as a full member the international community. This is not an infringement of the rights of any other people," the Rwandan president declared to AIPAC delegates.

Kagame first visited Israel in 2008. His address to AIPAC comes after a trip by Netanyahu to Rwanda last July - the first time a sitting Israeli prime minister has visited sub-Saharan Africa in three decades - where he laid a wreath at the mass graves honouring victims of the genocide.

Netanyahu, who also visited regional allies Uganda, Kenya and Ethiopia as part of the same tour, has been keen to build closer security ties with African nations and garner support at the United Nations, where the Palestinians were recognised as a non-member observer state in 2012.

He is expected to meet around 30 leaders at an Israel-Africa summit in Togo in October.

Kagame’s comments may also raise eyebrows in human rights circles, amid claim that Israel contributed to the Rwandan genocide by breaking an international arms embargo to funnel weapons to perpetrators of the genocide days before it began.

According to evidence collected by Amnesty International, arms including Israeli-made Uzi sub-machine guns were flown to Interahahmwe, an extremist-Hutu paramilitary organisation and the armed forces of Rwanda, both of whom were responsible for the vast majority of genocide killings.

Israel has refused to disclose information related to these claims.

Israel Lobby
Celebrities back Lowkey after pro-Israel group pushes to remove him from Spotify
Palestine State
Lawyers demand evidence for Israeli terrorism claims against Palestinian NGOs
Iran Tensions
US will ensure Israel can defend itself against Iran, says secretary of defence Inside Israel
Did Israel arm Rwanda during the 1994 genocide? 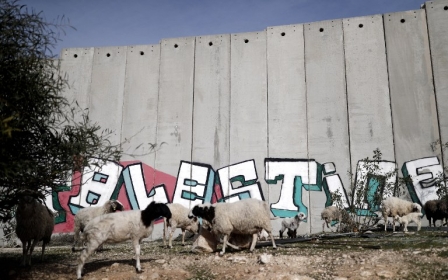 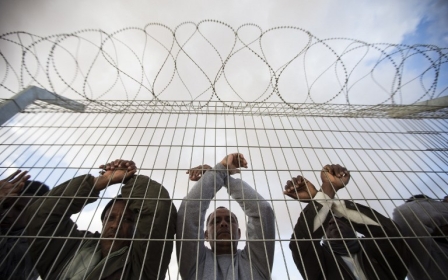