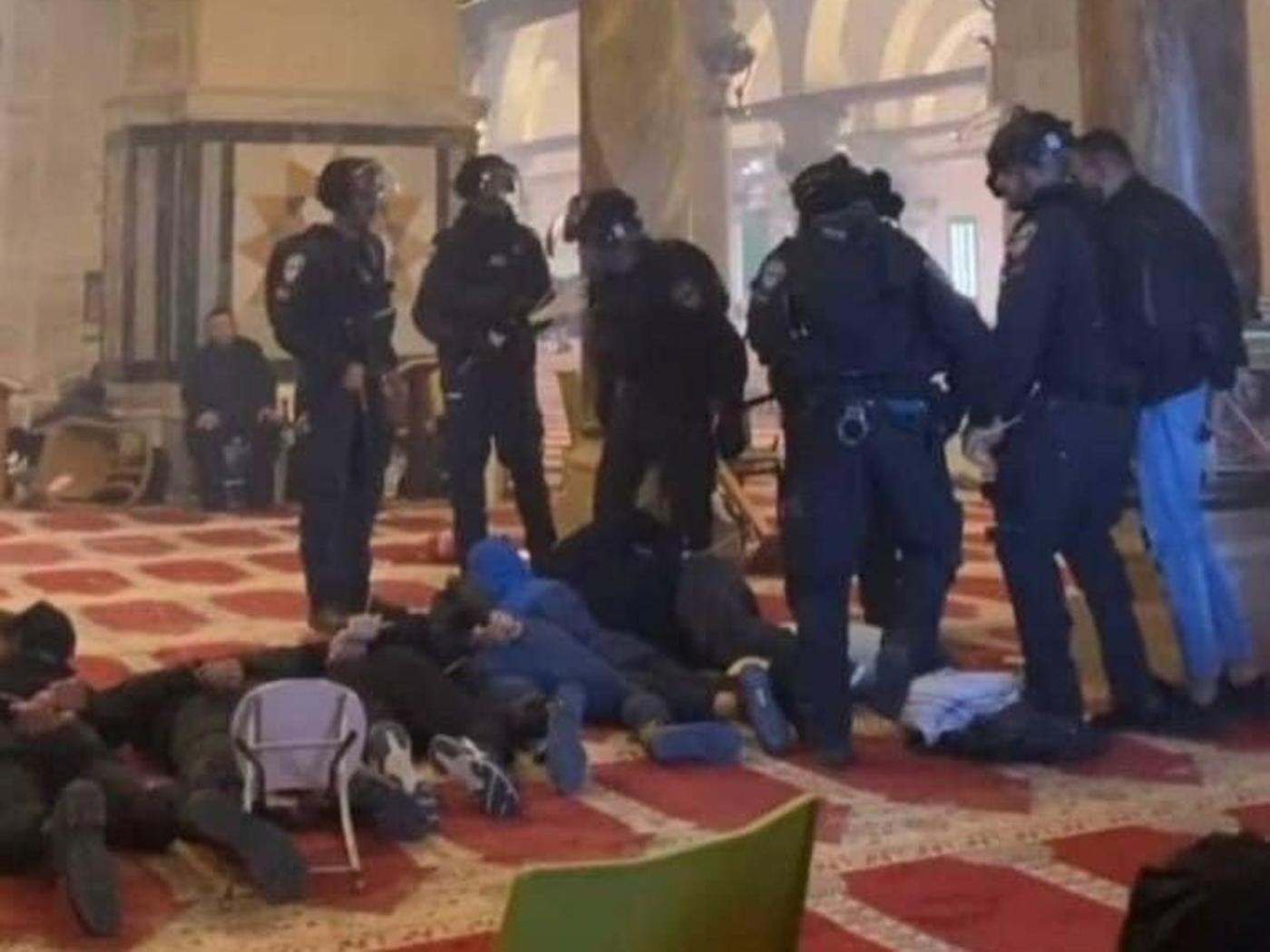 Israeli forces beat and bound Palestinian worshippers in a rare storming of the main prayer hall inside Jerusalem's al-Aqsa Mosque, forcing them to lie face down in a row in one of Islam's holiest sites.

Unbelievable. Israeli soldiers continue assaulting worshippers inside Al-Aqsa mosque, after they have tied their hands and forced them to the ground. Zionism is a death cult. pic.twitter.com/Hm2CfW4417

Hundreds of Palestinian worshippers gathered at al-Aqsa in occupied East Jerusalem's Old City before dawn on Friday morning for prayers, before Israeli police moved in to violently disperse them at around 5.30 am.

The Palestinian Red Crescent said 152 people were evacuated from the mosque and transferred to nearby hospitals, including many with upper-body wounds. East Jerusalem's al-Makassed hospital said it had received 40 wounded people from al-Aqsa, two with critical injuries.

The scenes recalled the violence around al-Aqsa that preceded the deadly violence in May that saw days of Israeli bombing in Gaza and rioting in mixed Palestinian-Israeli cities.

Dozens of young Palestinians with rocks barricaded themselves inside the Qibli prayer hall, a 1,000-year-old domed building from where congregational prayers are led.

The Israelis fired teargas into the hall, smashed some of its windows and arrested around 80 people.

Press coverage: "A video documenting the occupation forces' assault and abuse of worshipers in the Al-Qibli prayer hall at Al-Aqsa Mosque." pic.twitter.com/3QLK4O5tyy

Though Israel has repeatedly raided al-Aqsa and shot stun grenades and teargas into the Qibli hall, it is very rare for its forces to enter the building, particularly in great numbers.

Video footage showed the police firing directly at Palestinians, who hid behind pillars.

Mansour Abbas, leader of the Raam party representing Palestinian citizens of Israel, said the violent raid on the mosque could force his party to leave Israel's fragile governing coalition.

"The continued damage to al-Aqsa Mosque is a red line for us, also regarding the stability of the coalition," he said. "There are no political considerations when it comes to al-Aqsa."

Far-right nationalists have been threatening to sacrifice a goat and perform prayers in al-Aqsa on Friday to observe Passover. Jewish prayer in the mosque is forbidden under the status quo agreed following Israel's occupation of East Jerusalem in 1967.

Israeli authorities have said they will stop any sacrifices being held at al-Aqsa, but Palestinians stayed in the mosque in large numbers overnight in anticipation of ultranationalist attempts to slaughter animals at the site. 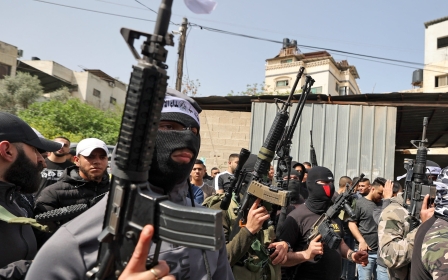 Occupation
Raids, siege and a manhunt: Israel ramps up aggressions against Jenin