Israeli law barred 45,000 Palestinian families inside Israel and East Jerusalem from living permanently with their families 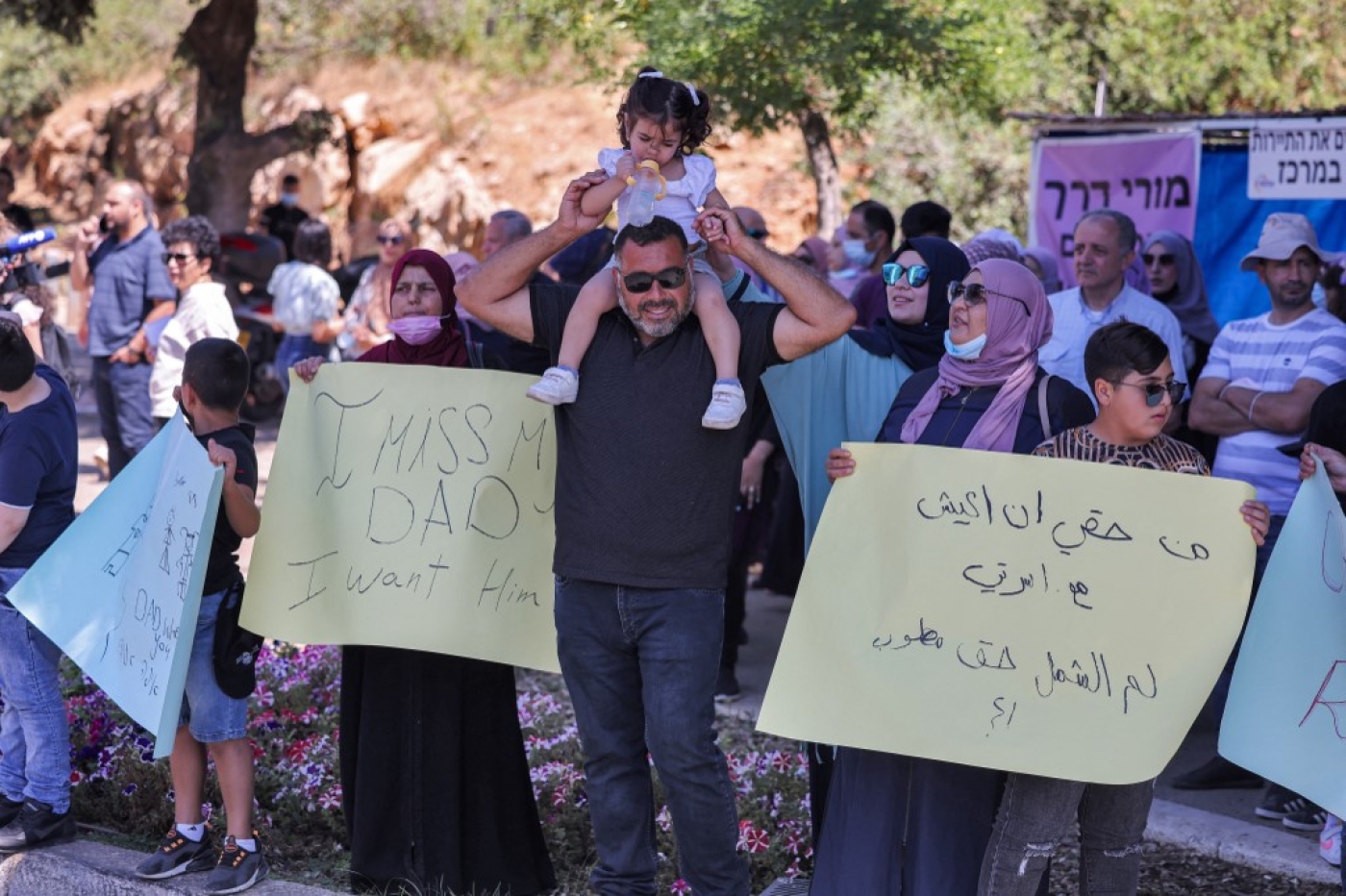 Demonstrators protest outside the Israeli Knesset against the Israeli Citizenship and Entry Law, 29 June 2021 (AFP)
By
Mustafa Abu Sneineh

The Israeli government's failure to extend a controversial citizenship law on Monday came two decades too late for many Palestinian families barred from living permanently with their spouses and children.

Some are from the occupied West Bank and besieged Gaza Strip, others are Palestinians or Arabs born and brought up in Egypt, Jordan and other countries - the Israeli Citizenship and Entry Law, which Israel's new government failed to pass in the Knesset on Monday had blocked all of them from gaining residency or citizenship of Israel through marriage to another citizen.

Fayza Ziadeh is one of those affected by the law. She described the past 25 years as a life of anxiety and fear whenever she stepped outside her house in occupied East Jerusalem.

Born in Egypt to a Palestinian father and an Egyptian mother, Ziadeh married her husband, a resident of East Jerusalem, in November 1996.

She has no identity documents except an Israeli court paper to prove her address in the Old City of Jerusalem.

"I mostly stay at home," she told the Middle East Eye over the phone.

"I feel that I am serving a life sentence of 25 years. I can't take my children for a trip to the playground, like any mother, as I fear I will be arrested and deported if the [Israeli] police stop me and asked me for ID."

Israel maintains a high-security presence in and around the Old City of Jerusalem and stations military police units at the city's ancient gates.

The Citizenship and Entry Law was emergency legislation passed in 2003. Palestinians, as well as some Israelis, denounced it as racist and anti-democratic.

Israel's Entry Law of 1952 originally referred to three stages for the family reunification application process, where the applicant would get a temporary permit for 27 months, then a temporary identity document for another 27 months, before getting permanent residency.

The Citizenship Law of 2003 ended this process, stating that Palestinians could only get a temporary permit but not a temporary document or permanent residency. 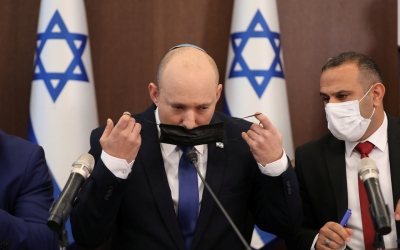 It also set an age bar, saying that Palestinian women under 25 and men under 35 could not apply for a temporary permit.

Israeli authorities claim the law was necessary to prevent Palestinians who married Israeli citizens from using their legal status to help plot attacks against Israel at the height of the Second Intifada, a period of violent Israeli military assaults on Palestinians in the West Bank, East Jerusalem and Gaza, as well as Palestinian suicide attacks and shootings, which lasted from 2000 until 2005.

Yet, Ziadeh had applied for permanent Israeli residency before the Second Intifada.

Israel's Ministry of Interior first rejected her application because her husband had been arrested by Israeli forces when he was 16 years old, during protests in the First Intifada of 1987.

"This is a silly reason. He was underage then," she said.

"We tried again, and this time the application was refused because they said that I hold an ID issued by the Palestinian Authority in Gaza. Each time, they'll give a silly reason."

Fatmeh Maraqa, aka Oum Noor, is a Palestinian from the West Bank city of Tulkarem, now living in Fureidis, a coastal town in the north of Israel near the city of Haifa.

Oum Noor had been barred residency and citizenship, despite being married to a Palestinian citizen of Israel since 1999 and moving to Fureidis. Neither she nor her four children hold any Israeli documents.

"Each time we apply, the interior ministry rejects the application," she told MEE. "The reason is that I gave birth to my children in a Palestinian hospital in Tulkarem, not an Israeli one."

'This is affecting my children's lives, who can't normally travel outside the village'

Her son has been arrested several times and each time is deported to Tulkarem, where he would spend a few nights in his grandfather's house, before returning to Fureidis.

"The current [Israeli] policemen now recognise him and know his story, so they leave him alone. But when new policemen are deployed in the area, he will be arrested again because he has no ID," Oum Noor said.

The list of documents she had to attach to her application to get residency from the Ministry of Interior was exhaustive. She produced blood tests to prove that her children were also her husband's, a Palestinian marriage certificate and a certificate from the Palestinian police proving that her criminal record was clear.

"Since 2000 we have been chasing applications," she said.

"The last payment for the lawyer was 25,000 shekels, but no result. This is affecting my children's lives, who can't normally travel outside the village."

"I'll stay a few days there and see my family; then I will cross to Israel away from the checkpoint; that's my life," she said.

'Nothing could compensate me'

According to human rights groups, the Citizenship and Entry Law bars almost 45,000 Palestinian families inside Israel and East Jerusalem from living normally with their spouses and children, thus having no health insurance and the ability to travel freely.

Critics of the law say that the goal was to keep Palestinian numbers holding Israeli documents low.

Ziadeh's father is a Palestinian from the Gaza Strip, but she only visited the enclave for a week after the Palestinian Liberation Organisation (PLO) moved back there following the signing of the Oslo Accords with Israel in 1993.

'I only wanted to take my children for trips, to visit my mother for the last time, to go to my children's weddings without being anxious about being stopped'

"My mother died in Cairo three years ago, and I could not travel and see her for the last time. Nothing could compensate me. I had not seen her since 1996. My sisters would travel with their children for summer holidays to Egypt every year without me," Ziadeh said.

Though Egypt is far from Jerusalem, Ziadeh also cannot travel to see her sister, who lives in Ramallah, a 45-minute drive away.

Ziadeh, a mother of seven and grandmother of two, has no health insurance. She gave birth in Israeli hospitals using the health insurance of her husband. Now, she avoids going to the doctor to avoid paying the fee.

"Nowadays, I use the internet to treat myself… and when I need to buy medicine, I ask one of my sons to buy it under his health insurance," she said.

She is trying to obtain Egyptian citizenship in the hope of getting a passport and being able to travel and return to Jerusalem.

"The Egyptian embassy told me I have the right to get it, but I need to travel to Cairo, while the Israelis refused to give me any documents to be able to travel back, so I'm stuck in this situation."

The fact that the Citizenship Law will not be extended is no compensation to her for the last 25 years of her life, she said.

"I only wanted to take my children for trips, to sit and have breakfast and chat with my sister, to be able to visit my mother for the last time, to go to my children's weddings without being anxious about being stopped," she said. 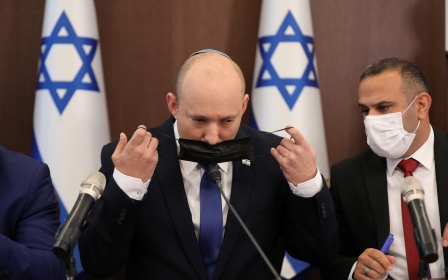 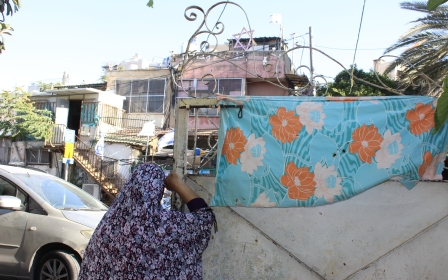 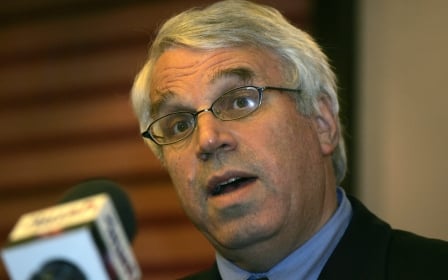