Al-Qastal says suspension came after its extensive coverage of the violent Israeli raid, when two of its reporters were wounded 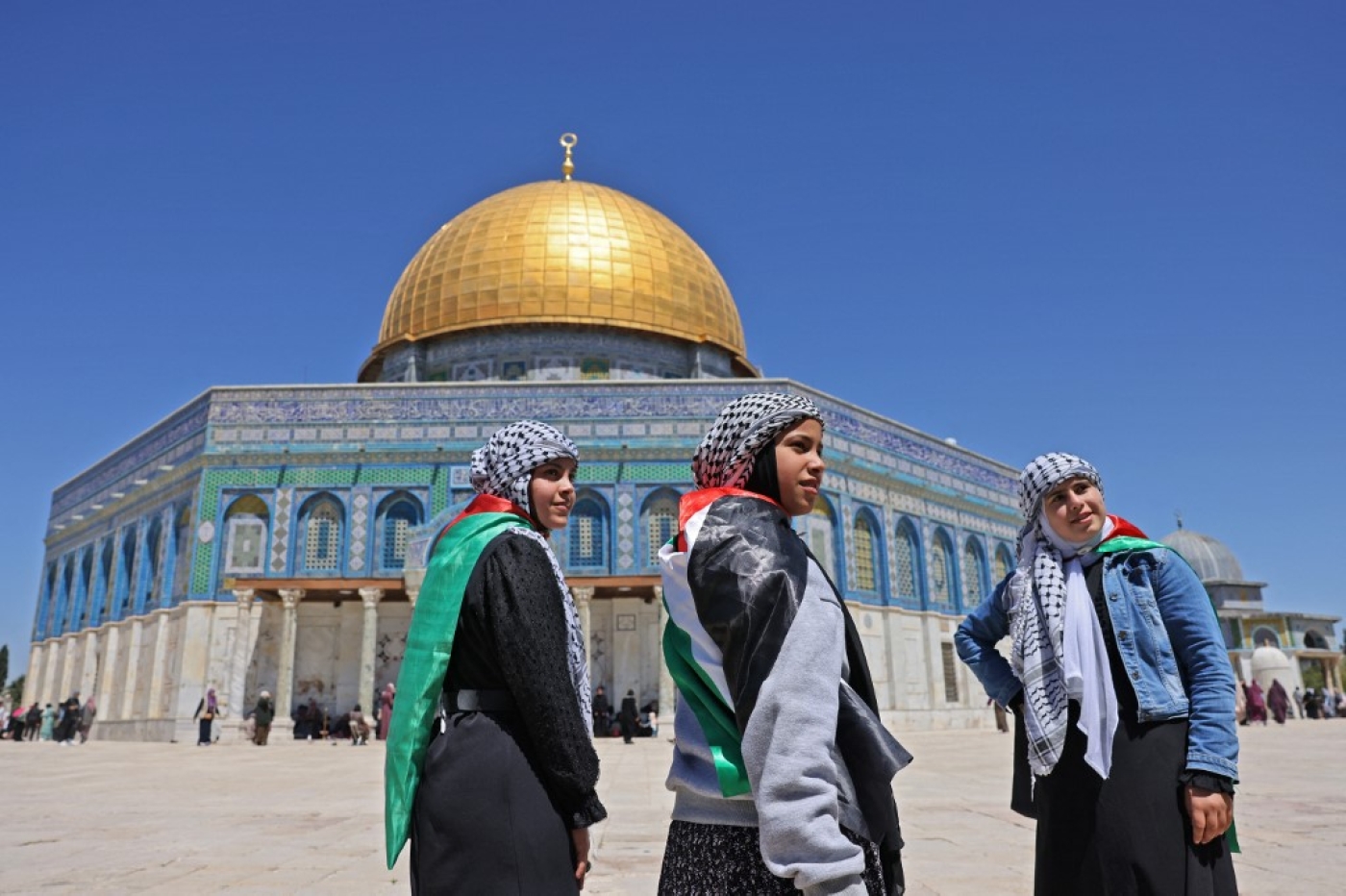 Palestinian girls, wearing national flags and keffiyeh headdresses, in front of the Dome of the Rock shrine in the al-Aqsa Mosque complex in Jerusalem's Old City, on 15 April 15 2022 (AFP)
By
MEE staff

Facebook briefly suspended the page of a Palestinian news site following its rolling coverage of the violent Israeli raid on al-Aqsa Mosque on Friday.

The Al-Qastal news site said on Saturday that Facebook had deleted its page without warning or explanation, causing it to lose thousands of followers. Hours later, however, the page announced it has been reinstated.

"Al-Qastal page is finally back after great efforts from its friends and lovers of al-Aqsa and al-Quds, who did not abandon it," it said in a statement to Twitter.

Earlier, the news site said that its Facebook page had been deleted "without any introductions or advance warning... due to its extensive coverage of events of Jerusalem and al-Aqsa Mosque, despite the strict adherence to Facebook publishing standards". 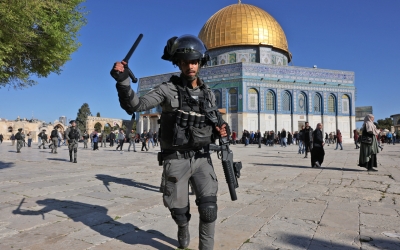 It remains unclear why Facebook had suspended Al-Qastal's Arabic news page. The bilingual Jerusalem-based outlet accused the social media platform of yielding to pressure from Israeli authorities who aim to "silence the voices of Jerusalemites," according to its intitial statement.

Earlier on Friday, Al-Qastal confirmed that Israeli forces had targeted two of its reporters during the unrest in East Jerusalem's al-Aqsa Mosque.

More than 150 people were wounded and at least 400 arrested by Israeli forces who attacked worshippers inside the mosque in a four-hour raid.

Al-Qastal confirmed that Israeli forces had shot a stun grenade at the head of one of its reporters, Nesreen Salem, during her coverage of the assaults. Reporter Mohammed Samreen was also wounded, with a rubber-coated steel bullet in the leg. He was later detained in the mosque's courtyard then taken to the Al Mascobiya interrogation centre, al-Qastal said.

It added that Facebook had previously imposed restrictions on its page without any explanation.

Meta, the California-based multinational conglomerate that owns Facebook and Instagram, has often been accused of censoring the experiences of Palestinians and their narrative on its platforms.

Hours after the Israeli raid on Friday, Dutch-Palestinian supermodel Bella Hadid claimed she was "shadow banned" by Instagram for posting about Palestine. Omar Suleiman, a prominent American-Muslim preacher, also claimed on Friday that his account was restricted.

Earlier this year, a Palestinian news page with over a million-and-a-half followers on Facebook was forced to shut down its operations in Jerusalem after the social media giant banned its account.

The Maydan al-Quds news network covered stories from Jerusalem for more than 18 months.

According to its director, Bilal Nour, Facebook closed the page in 2021, the same day as the killing of Palestinian man Fadi Abu Shkheidem by Israeli forces after he carried out a stabbing attack near the Chain Gate - one of the gates to al-Aqsa Mosque in Jerusalem's Old City.

Nour said his network was "totally impartial" in its reporting on the incident.

The bulk of what they say were incidents of censorship are said to have occurred in May 2021, during protests in solidarity with Palestinians who were facing the threat of expulsions in Jerusalem's Sheikh Jarrah neighbourhood, the storming by Israeli forces of al-Aqsa Mosque, the 11-day offensive in Gaza, and intercommunal violence in Palestinian-majority cities in Israel. 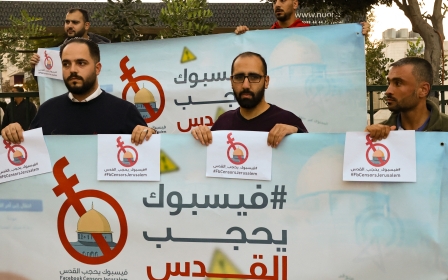 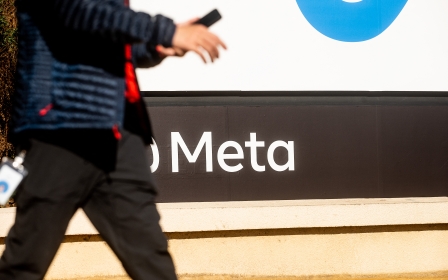