When Israel tried to defuse the tension, it was a little too late. The damage had been done 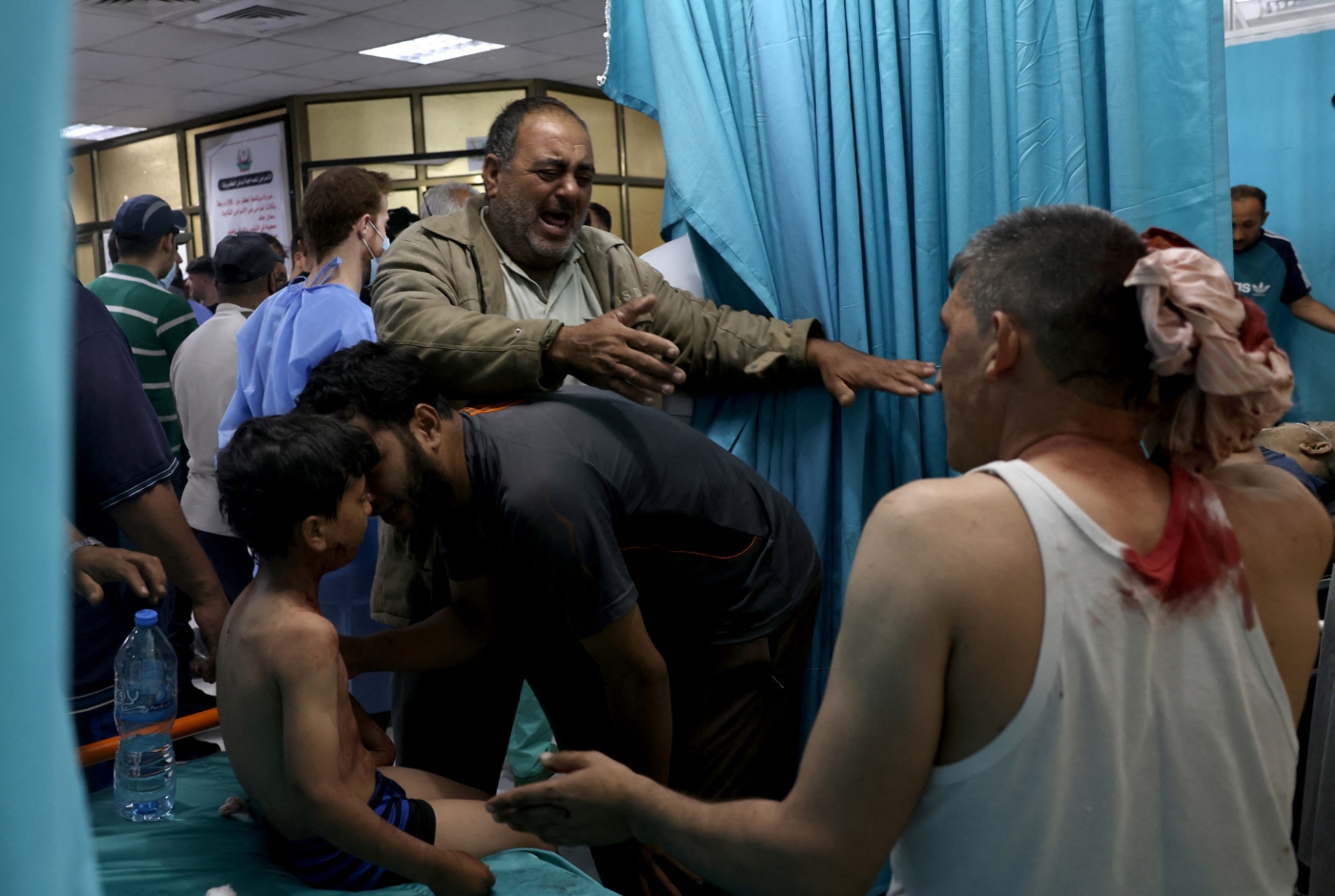 Wounded Palestinians being treated at a hospital in the northern Gaza Strip following Israeli air strikes, 10 May 2021 (AFP)
By
Yossi Melman
in
Tel Aviv, Israel

The latest round between Israel and Gaza - I have lost count of the number of times this has happened - came as a surprise to political and military leaders on both sides. Yet they should not have been surprised at all.

They should have understood and known that it would be coming because of their stupid actions. The writing on the wall was there in clear, big, and bold letters. Though all involved parties did not want and still do not wish for an all-out war, they brought the violence upon themselves and their peoples step by step.

The first warning that the Israeli-Palestinian conflict was about to be reignited once again, after a relative calm of more than a year, was the decision to postpone the Palestinian elections.

The Palestinian Authority, and its leading Fatah movement led by President Mahmoud Abbas, who controls the occupied West Bank, is sharply divided between rival groups.

Israel’s military and internal security service, Shin Bet, feared that Hamas had a good chance of winning the elections and increasing its influence over the West Bank.

They persuaded Abbas, who had reached the same conclusion, to call off the elections, with some unimportant excuses.

Hamas was angry, blamed Israel and decided to provoke Israel by launching, though on a small scale, incendiary kites and balloons, which burned wheat and potato fields ready for harvest.

This aerial arson began to increase in the middle of the holy month of Ramadan, a period in which, as Israeli authorities know from past years, tensions are frequently running high with the potential to ignite friction between Israelis and Palestinians, especially in Palestinian East Jerusalem.

The first major folly in a season of follies was a decision by the police to barricade the piazza of the Damascus Gate, frequented by Palestinian youngsters at night after the breaking of the Ramadan fast.

The barricades made it more difficult to enter the mosques for prayers in al-Aqsa Mosque and its complex. The young Palestinians responded with firecrackers and confronted the police.

'Netanyahu, who realised that he was playing with fire, instructed the police to try and defuse the tension. But once again it was too late to avoid the slippery slope'

Throughout his professional career, he had served in the Border Police, a force known for its racism against West Bank Palestinians and Palestinian citizens of Israel. His anti-liberal and right-wing views are well known in Israel.

His appointment was approved and even encouraged by Israeli Prime Minister Benjamin Netanyahu, who is now leading a transitional government.

Shin Bet decided to intervene to return calm to the streets of Jerusalem and forced Shabtai to remove the barricades. But it was too late. The damage was done.

Hamas felt that Israel caved into the pressure and increased its threats and defiant rhetoric inciting violence. Meanwhile, Israeli police forces carried out raids inside al-Aqsa mosque and attacked worshippers.

The next move was also an unwise decision by the police.

To please his political masters, Ohana and Netanyahu, Shabtai allowed an annual event known as "the flags dance" to go ahead, despite the growing tension.

The event is an annual demonstration by ultra-nationalist right-wingers and Israeli settlers who march through the Muslim quarter of the Old City of Jerusalem.

Eventually, the police commissioner once again surrendered to pressure from Shin Bet and ordered a change in the march's route. Netanyahu, who realised he was playing with fire, instructed the police to try and defuse tension. But once again it was too late to avoid the slippery slope.

Hamas and the Islamic Jihad movement on Monday evening gave the Israeli police an ultimatum to leave the al-Aqsa Mosque complex. Israel could not allow itself to surrender to such a demand. To prove that its word was its bond, Hamas launched seven rockets in the direction of Jerusalem and its rural surroundings. 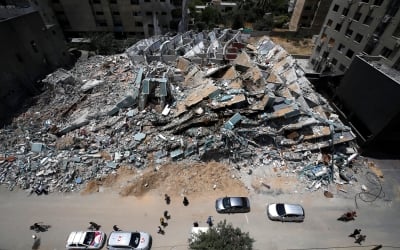 The Israeli army, led by Lieutenant-General Aviv Kochavi, ordered the bombing of Hamas and Islamic Jihad military sites in Gaza. But as is always the case with Israeli air strikes, Palestinian civilians, including children, were killed. The Israeli army also renewed its campaign of targeted killing against commanders in Gaza.

The two armed groups retaliated with a barrage of rockets shot towards Israeli cities, notably Ashkelon and Ashdod and rural communities in the south.

Small groups of Palestinian citizens of Israel in mixed Jewish-Palestinian towns, such as Jaffa, Haifa, Ramlah and Lod, have demonstrated in solidarity with Gaza.

A mere 24 hours after the beginning of Israel's campaign against the besieged strip, dozens of Palestinians have been killed and wounded, and dozens of buildings destroyed. Meanwhile, two Israeli women were killed and houses damaged as 300 rockets were fired from Gaza.

On each side, both Kochavi and Hamas leaders continue with their harsh and threatening language. And yet it seems that both sides are still showing some restraint. Hamas and Islamic Jihad had not shot at Tel Aviv until Tuesday evening, while the Israeli army appears - as yet - to have no intention of crossing the border to invade Gaza.

In the meantime, as in past rounds between Israel and Gaza, Egypt, Qatar and Turkey will try to broker a ceasefire. But security experts are warning that if the violence does not ease off in the next two days, the situation may escalate out of control.

But even if relative peace and tranquillity return, and even if he did not initiate the violence, it is very likely that Netanyahu will emerge as the winner from this situation.

After four indecisive elections, and as he stands trial for corruption, Netanyahu has become the agent of chaos.

Before last Monday, there was a very good chance Netanyahu would have to step down and be replaced by a coalition of centre-right and left, with the support of Raam, the Palestinian Islamic movement. Now, however, this possibility is fading away. 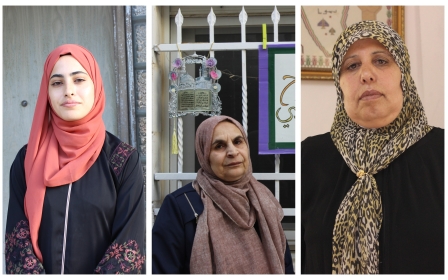 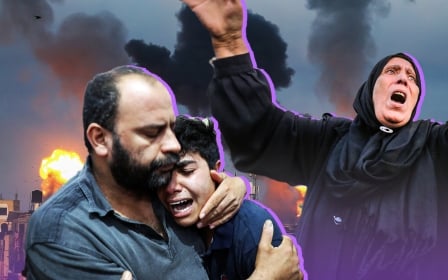 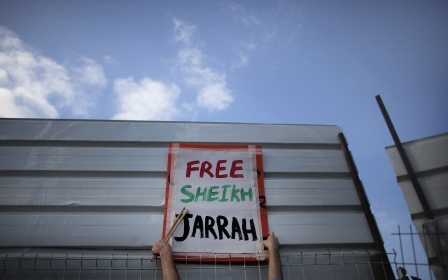