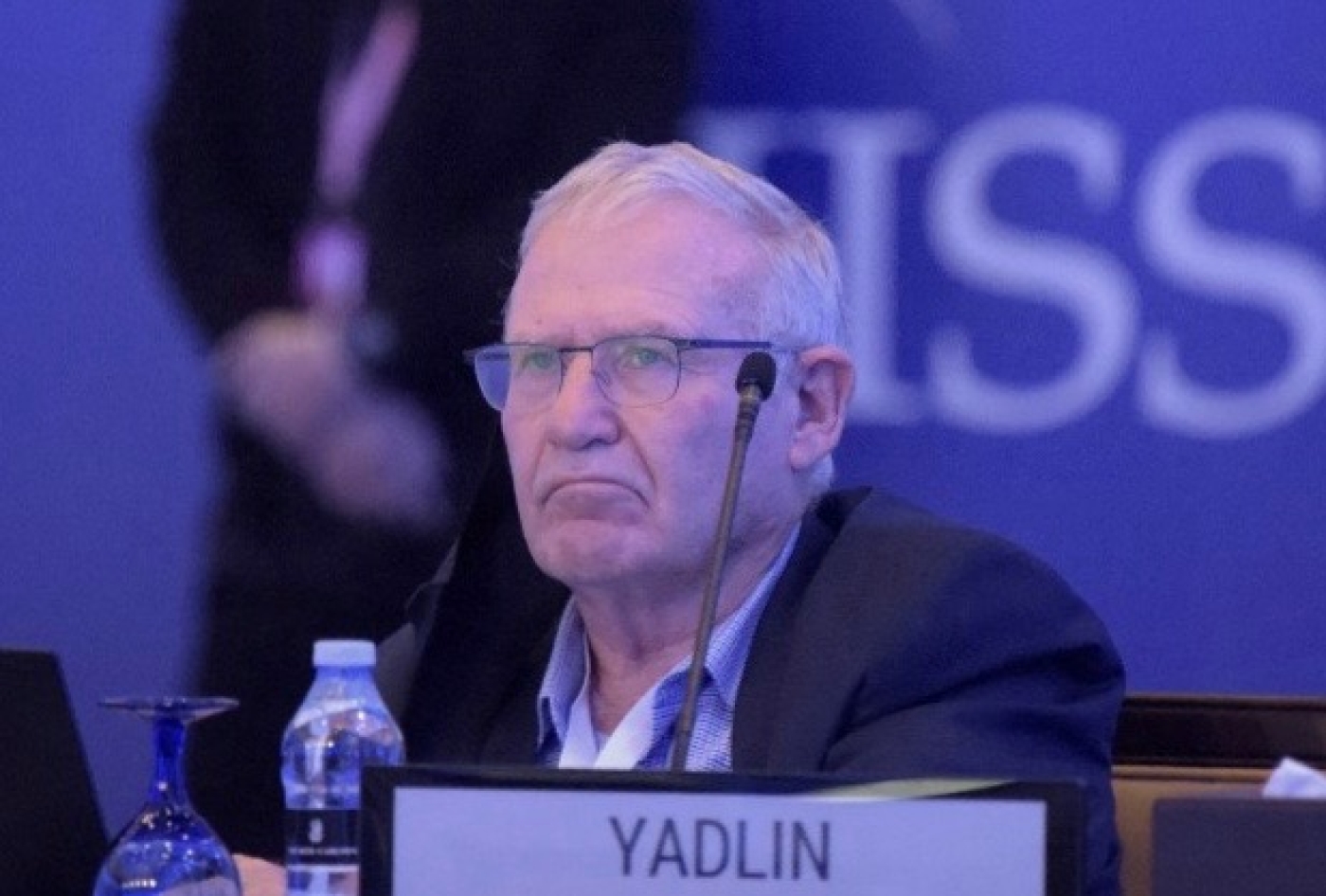 Amos Yadlin told the South African Zionist Federation that the priority right now was 'to win the war [and] later on, the PR problem' (AFP)
By
Azad Essa

Israel would halt its deadly assault on Gaza if the United States asked it to do so, the former chief of Israeli military intelligence has said in a private meeting with South African Zionists, Middle East Eye can reveal.

In a meeting with the South African Zionist Federation (SAZF) on Thursday, Amos Yadlin, the former IDF Military Intelligence Directorate chief and former Israeli military attache to the US, claimed that President Joe Biden's administration was growing impatient with Tel Aviv's ongoing bombing campaign and said he would "not surprised if this will all stop in 48 hours".

The event, called "The situation on the ground", was organised by the SAZF and the Jewish Agency for Israel, and aimed to provide answers about Israel's position in the light of public outrage unfolding in South Africa at Israeli actions in Jerusalem and Gaza.

Yadlin, currently director of the Institute for National Security Studies in Israel, said that whereas Trump gave Israel "an open cheque to everything" because he thought "Palestinians were to blame basically for everything", he described the Democratic Party as more balanced.

"They also know that Hamas is a terrorist organisation. They also know that Israel has the right to self-defence," he told the South African groups. "They don't like the war in Gaza and they will, to my assessment, push for a ceasefire after the weekend."

The US State Department did not immediately respond to MEE's request for comment.

Mariam Barghouti, a Palestinian writer based in Ramallah, told MEE that Yadlin's comments showed Israel had to be pressured to end the devastating bombardment of Gaza, which has already claimed more than 100 Palestinian lives, including 28 children.

"This is why the international community is so important in all of this," Barghouti said.

Yadlin's comments came as several US lawmakers took to the floor of the House of Representatives on Thursday, calling on the Biden administration to pursue a more equitable approach to Israel and Palestine, as negotiations reportedly continued behind the scenes.

They also came a day after 25 Democratic lawmakers urged Biden to prevent the displacement of Palestinians from the Sheikh Jarrah district of East Jerusalem by exerting "diplomatic pressure" on Israel.

Since the bombardment of Gaza began, Biden has defended Israel and argued that its actions had not been disproportionate. He had previously described the proposal to condition aid to Israel as "bizarre".

The event held by the SAZF came as pressure mounted on the South African government to take action against Israel.

On Thursday, the cabinet of South Africa - the highest executive branch of government - called on Israel to stop its "barbaric attacks on Palestinians and commit itself to international efforts aimed at reviving a political process".

The South African Jewish Board of Deputies said earlier this week that Pretoria had chosen to "single out Israel for exclusive condemnation, disregarding completely the over 300 deadly rockets fired thus far against Israeli civilians". Israel has long been an apartheid state. Admitting it now is too little, too late
Read More »

"The SA Jewish Board of Deputies and the SA Zionist Federation call on our government and indeed all political parties and media to show even-handedness, and acknowledge the complexity of the situation."

But President Cyril Ramaphosa's government is facing increasing pressure from groups such as the South African BDS Coalition, a body endorsed by former President Nelson Mandela's grandson, Mandla Mandela, to sever all ties with Israel.

"Today the role they play is an extension of the apartheid Israeli state, serving to propagate Zionist myths and whitewash crimes against humanity."

Addressing the reports of Israeli mobs attacking Palestinian citizens of Israel, including smashing stores and invading homes, Yadlin blamed Hamas for inciting the tensions between the two communities.

"The media is based on ratings," he told his South African audience. "They want to sell, let me put it bluntly, the blood, the fire, everything that looks dramatic… at the end of the day those who are leading the riots from the Arab side are connected to Hamas."

Yadlin said that the priority right now was "to win the war [and] later on, the PR problem".

Yadlin said that the chances of a ground invasion remained "very low".

"We don't want to control them again. But [we want to] restore the terms. And this is basically what we are doing now.

"Sometimes, when you do an operation to restore the terms and you are not achieving the goal, you need to have a land invasion. It is happening if the war is going too far," Yadlin said.

Israel's Ministry of Foreign Affairs did not immediately respond to MEE's request for comment. Gaza Under Attack
Israeli bombardment of Gaza not a 'significant over-reaction', Biden says