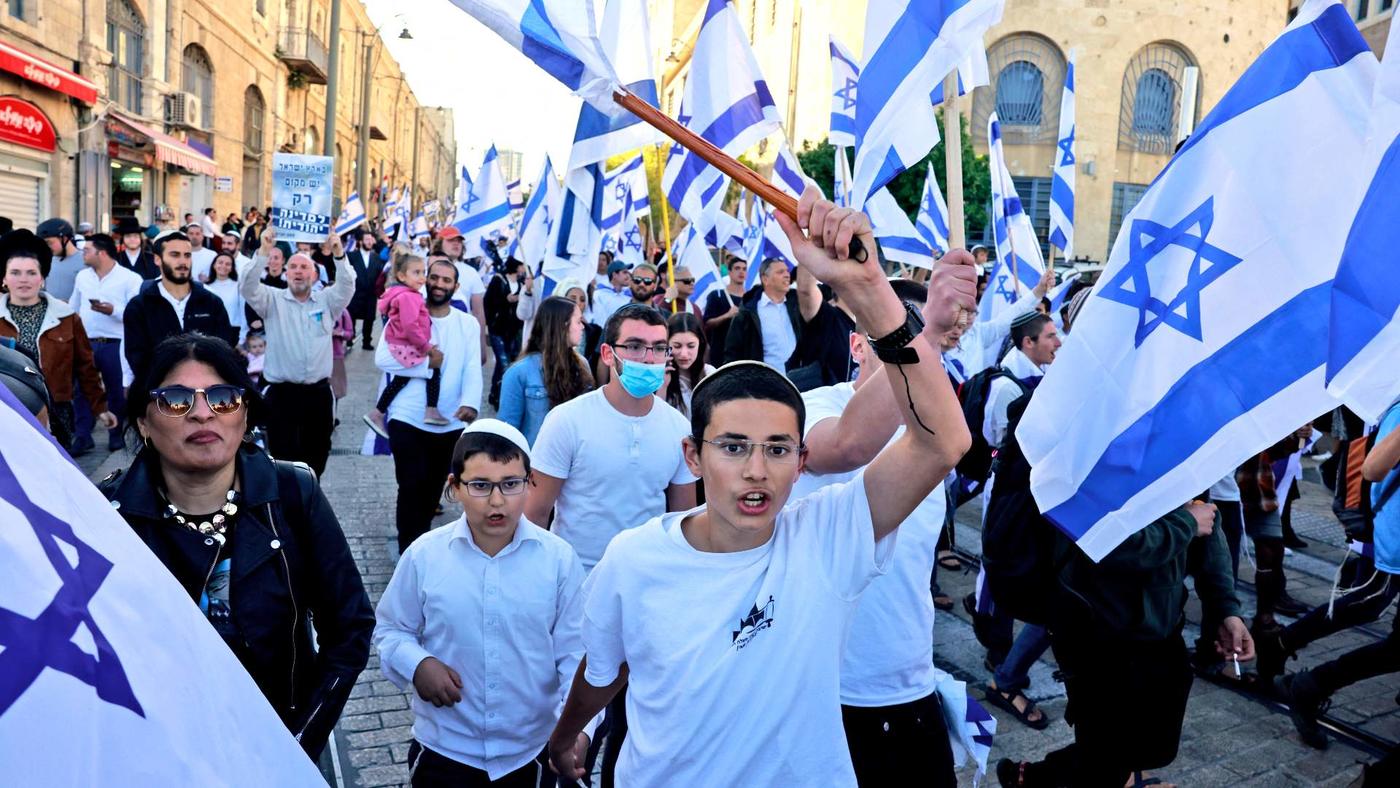 Israeli police blocked a route towards Damascus Gate in occupied East Jerusalem on Wednesday as hundreds of far-right activists defied police orders and began an unauthorised march toward the Old City's Muslim Quarter.

Right-wing organisers initially said they were not planning to hold the Flag March - an annual parade that typically brings together thousands of young, far-right religious Israelis to chant anti-Palestinian slogans and wave Israeli flags through the streets of East Jerusalem's Old City - in violation of the police's orders. However, later on Wednesday evening, they called on people to come to Safra Square in front of Jerusalem City Hall, saying: "We will bring back the feeling of safety to the streets of Jerusalem."

"We will follow a route planned through the Old City and hope the police will be brave and accompany the march," the right-wing organisers said. "In any case, the police cannot stop people from walking with a flag to the Western Wall in the territories of the State of Israel. There is no such order."

Around 20 people breached police barriers and reached the gate but were turned back by police.

Right-wing organisers blamed the government for the ban on holding the Flag March.

The organisers of the march rejected the Israeli police's claim that they had initially agreed to hold the march along an alternative route but then went back on the agreement. The police have said they will not provide security for the march, which is expected to pass through Damascus Gate and leads into the Muslim Quarter on its way to the Western Wall.

Earlier on Wednesday, Hamas responded to the march by warning that Israel should bear full responsibility for the consequences of what it called dangerous and provocative moves.

The march was criticised by Israeli Foreign Minister Yair Lapid, who said it was "a provocation that causes us damage".

"What they want is for there to be violence and a conflagration that will burn Jerusalem. We won't allow them to burn Jerusalem for their politics," Lapid said of those marching.

Itamar Ben-Gvir, a far-right Israeli lawmaker, was present at the march despite being forbidden by Prime Minister Naftali Bennett from visiting Damascus Gate.

Early on Wednesday, Israeli forces stormed al-Aqsa again, fired rubber-coated metal bullets at Palestinians, locked worshippers in prayer halls, surrounded women in front of the Dome of the Rock, and forcibly removed Palestinians from the mosque’s courtyard to clear the way for Jewish settlers. 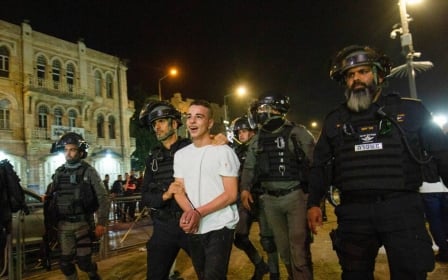 Occupation
The 'battle over identity' at Jerusalem's Damascus Gate