Leader of domestic intelligence service, who cannot yet be named, has four major challenges ahead of him 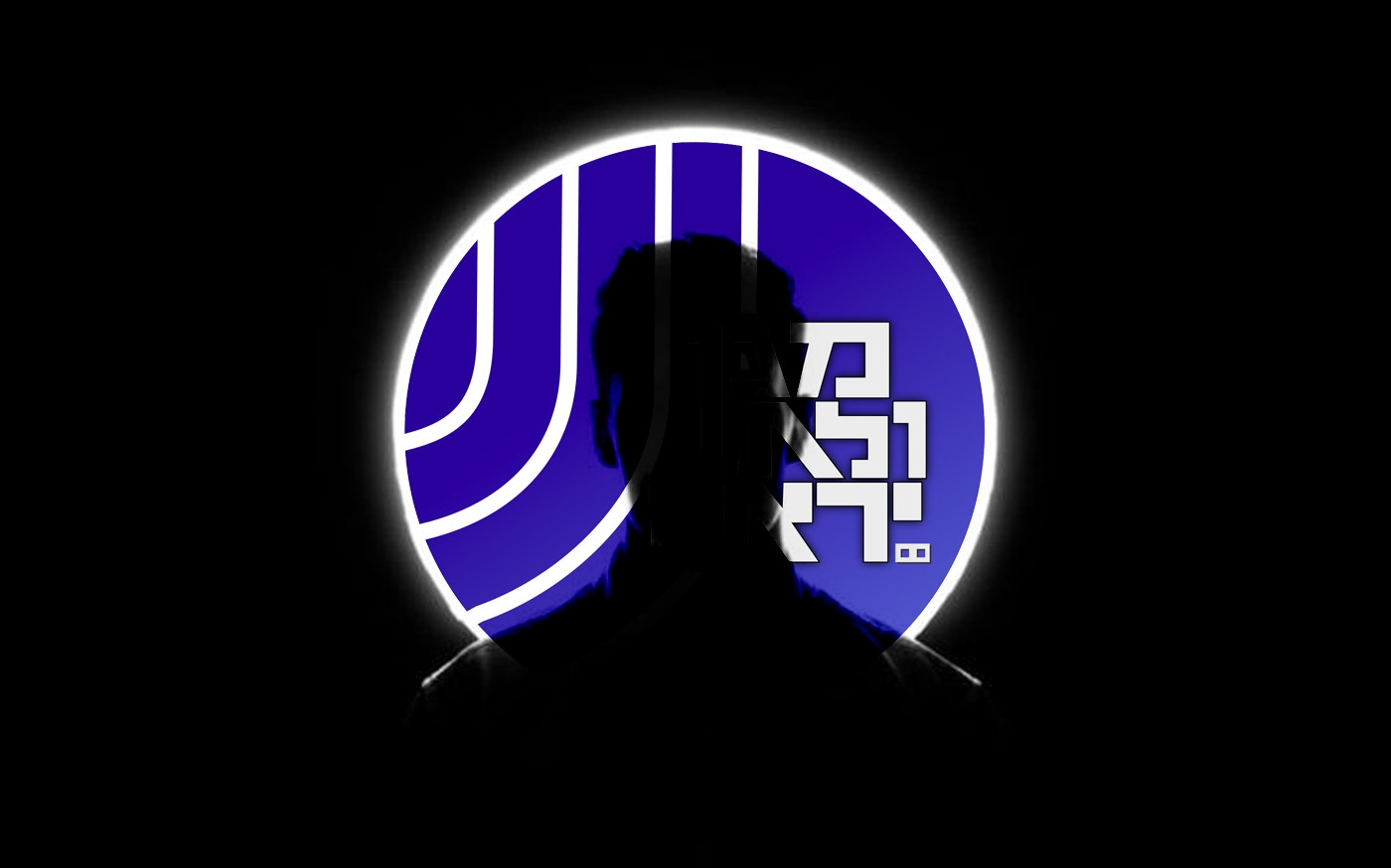 The new head of Shin Bet is only known as R, though many Israelis know his true identity (MEE/Illustration by Mohamad Elaasar)
By
Yossi Melman
in
Tel Aviv, Israel

The next chief of the Shin Bet, Israel’s domestic security service, is a copy-paste of the outgoing head Nadav Argaman.

Due to Israel’s childish approach to security matters, the name of the new appointee will be published only in six weeks’ time when he officially enters office. Until then, the strict Israeli censorship allows the media and public to refer to him as R, the initial of his first name, although his full name is well known to many Israelis.

Argaman is retiring after five and a half years as the agency’s boss. Like Argaman, R grew in the dark alleys of secret operations.

After weeks of hesitation, Israeli Prime Minister Naftali Bennett, who is legally and administratively in charge of the Shin Bet, decided in favour of R over another serious contender, known as Y. 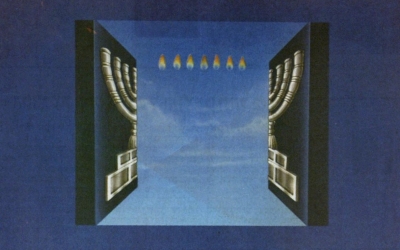 To choose between them was a difficult decision for Bennet. Both candidates were typical products of the Shin Bet and the Israeli military-security apparatus. The difference between their careers was minor, more of style and character.

Y, who speaks fluent Arabic, was cultivated in the fields of intelligence gathering, recruiting Palestinians in the occupied West Bank and Gaza Strip as agents and running them to provide information to thwart attacks.

R, who doesn’t speak Arabic, worked his way to the top of the Shin Bet ladder in operations. As a man of action, he has participated in hundreds of operations aimed at stealthily breaking into houses (“objects” in the intelligence jargon), and shadow, surveil and bug Palestinian houses and foreign embassies – the Shin Bet is also responsible for detecting and exposing spies and gleaning information.

R is 55 years old, married with three children. He is an avid long-distance runner and a running mate of Omer Bar-Lev, the Israeli minister of public security. In the mid-80s as a colonel in the military, Bar-Lev commanded Israel’s most prestigious and elite unit of special forces, the prestigious Sayeret Matkal. R was a team leader in the unit under Bar-Lev and the two remained good friends.

It is worth noting that Sayeret Matkal has emerged over the years as a hotbed for cultivating Israeli politicians, entrepreneurs and above all military and security chiefs. The new head of the Mossad, David Barnea, is also a graduate of the unit under Bar-Lev. Bennett himself served in Sayeret Matkal, though five years after R and Barnea.

Coming from the ranks of the operational field, R rose to head the operation department of the agency. In between he was granted the Wexner Fellowship to study for his second degree at Harvard’s Kennedy School. The Wexner fellowship is given to top and promising Israeli civil servants and security officials.

R, who doesn’t speak Arabic, worked his way to the top of the Shin Bet ladder in operations. As a man of action, he has participated in hundreds of operations

The programme is named after Les Wexner, a Jewish-American businessman and philanthropist who was a business partner of the notorious paedophile Jeffrey Epstein, who died in mysterious circumstances in a New York prison.

Because of Epstein’s record, the Wexner programme and the recipients of its grants were loathed by Israeli hard right-wingers, including the family of the former prime minister Benjamin Netanyahu. Yair, Netanyahu’s problematic son who promotes conspiracy theories, was forced to apologise after the Wexner alumni association threatened to sue him for libel.

In his most recent role, R was Argaman’s deputy and among other assignments ran the agency’s long-term projects.

By nominating R for a term of five years with an option to extend it to six, the Shin Bet will have at its top two directors who are specialised in operations and shifting the balance from traditional intelligence, known as “humint”, to that based more on technology.

It reflects the long way that the intelligence world in general and the Israeli in particular has walked from the classical cloak and dagger image immortalised in James Bond movies and John le Carre novels to the heavy load of using computers, remote controls and smartphones. 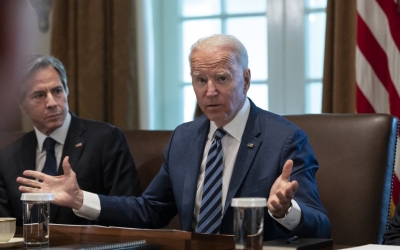 Nevertheless, these and other operations are tools to collect information to serve the Shin Bet and the government.

In that sense, with some amendments and fine-tuning, the agency’s missions remain the same. The Shin Bet’s number one priority is to prevent terrorism, and if attacks do occur, it has the mandate to track the culprits, arrest and interrogate them and bring them to trial in courts.

One is to keep the relative calm and tranquillity in the West Bank by improving the clandestine cooperation with the Palestinian Authority (PA) even after the ill and aging 85-year-old PA president Mahmoud Abbas is gone.

Like many top-echelon Israeli intelligence and military leaders, R opposes the occupation and hopes to see a peaceful solution to the Israeli-Palestinian conflict.

But at the same time, he and his colleagues are not ready to compromise on combatting threats and attacks, and as loyal officials they will continue to follow the instructions of the government, even if it’s not to their liking.

Shin Bet analysts are drawing up doomsday scenarios, fearing that after Abbas, the PA may collapse due to the personal and factional power struggle his death will spark.

One result of such eventuality is that Hamas may extend its political and military influence from Gaza to the West Bank. The Shin Bet under R sees very little room for compromise between Israel and Hamas, two sworn enemies.

Yet at the same time, he and his senior operatives are ready to reach an agreement with Hamas via the services of the Egyptian intelligence, a deal which would include a prisoner exchange, stable cease-fire, and economic reconstruction for Gaza and its two million people, who live in poverty and desperation.

But because of the huge gap between Hamas and Israel’s demands, the chances for a deal are slim.

One of the most important efforts to advance such a deal is the expected meeting very soon between Bennett and Egyptian President Abdel Fattah el-Sisi, to be held in Sinai’s Red Sea resort of Sharm el-Sheikh.

A third important challenge for R is to improve relations with Jordan and its ruler King Abdullah, which were heavily damaged under Netanyahu, despite many efforts and good intentions by Argaman to defuse the tension.

Jordan’s custodianship of al-Aqsa Mosque in Jerusalem is part of the 1994 peace agreement with Israel. But the king has felt that Netanyahu intentionally tried to undermine him.

Another test, which is very sensitive, is to persuade R to allow his agency to be involved in the government’s efforts to reduce criminality among Palestinian citizens of Israel. Palestinian members of parliament, including Mansour Abbas’s Raam party, are urging the Shin Bet to take up this task as the Israeli police have failed to solve the issue.

R’s predecessor Argaman refused to entertain the idea, arguing that since Palestinian citizens of Israel are citizens of the state, it is not appropriate that a secret service performs its duties in a civic society. It remains to be seen if R agrees. 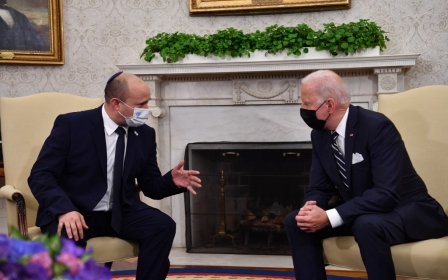 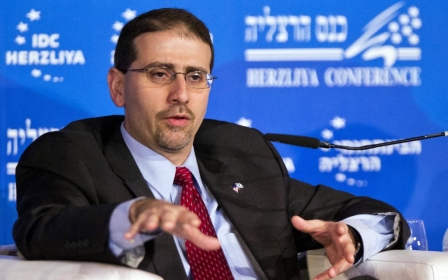 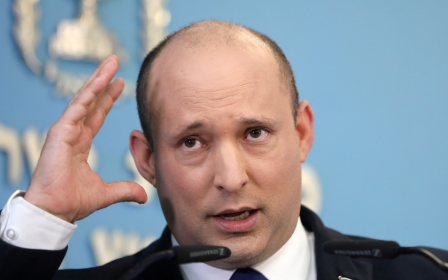