Israel and Turkey used intelligence to grow closer. The prize could be a gas pipeline

Israeli President Isaac Herzog's visit to Turkey comes against a backdrop of growing cooperation and economic ties, with a regional realignment bringing the two sides together 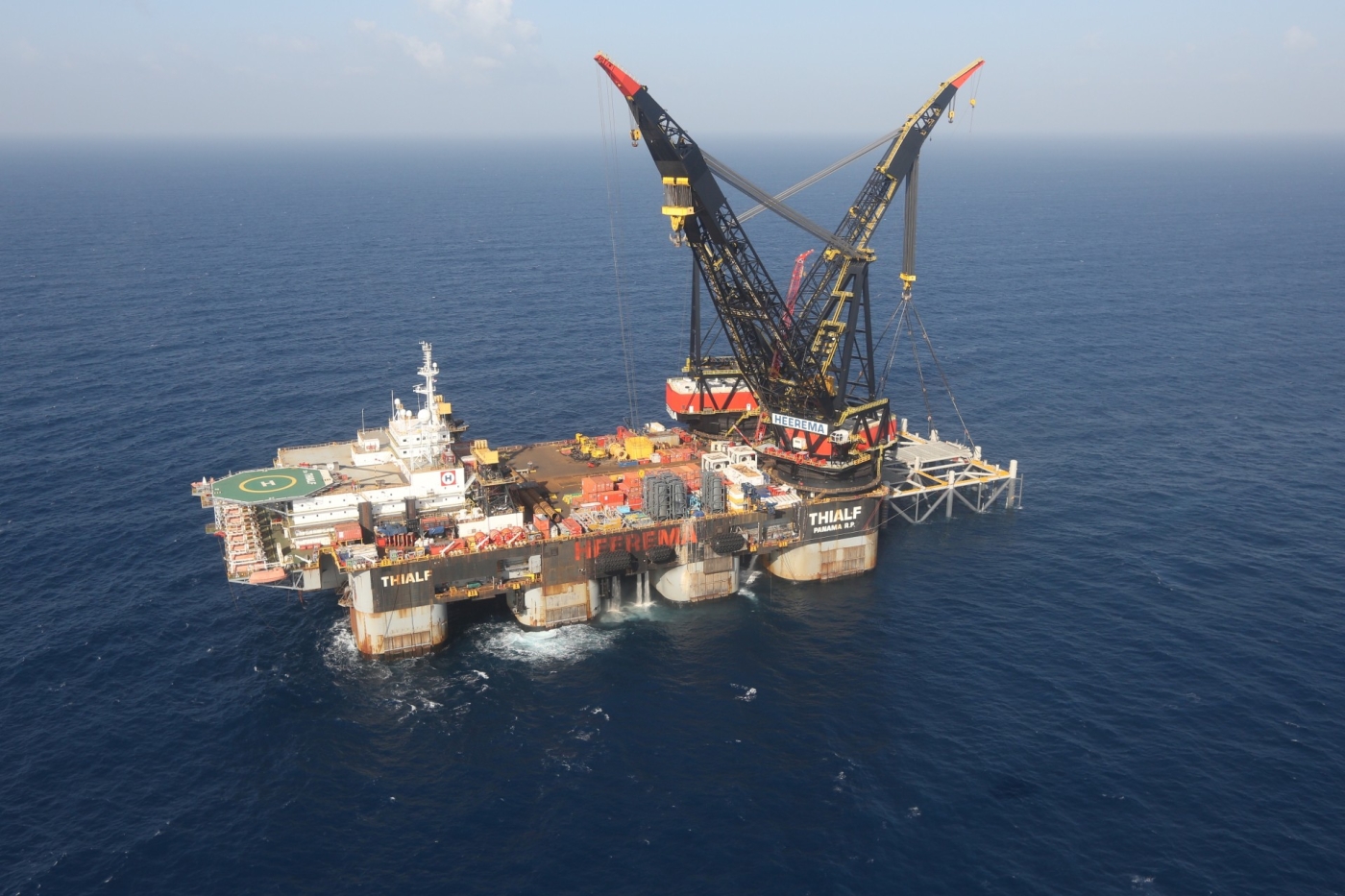 President Isaac Herzog will on Wednesday become the first Israeli leader to visit Turkey since 2008, bringing bilateral relations to a possible turning point after two decades of rivalry between the two former allies.

The relationship between Israel and Turkey has been often marred by personal conflicts between Turkish President Recep Tayyip Erdogan and Israel's leaders, mostly sparked by the latter's treatment of Palestinians.

Yet a change of government in Israel, with the ouster of longtime prime minister Benjamin Netanyahu, and regional shifts, have opened a channel between the two countries, giving them the opportunity to get the relationship back on track.

A rapprochement with Israel could offer Turkey a lot of things.

Meanwhile, Ankara has the chance to get the pro-Israeli lobby off its back in Washington and gain a regional actor’s trust as the US withdraws from the region.

A possible pipeline to bring the Israeli gas to Europe through Turkey continues to be the ultimate bonanza for both sides.

Though the countries have not traded ambassadors since 2018, other diplomatic routes have proved useful.

A year of silent Turkish and Israeli intelligence cooperation has convinced the Israeli government that Turkey is a rational actor that acts upon its interests, rather than ideological standpoints. Ankara believes that certain operations, including the foiling of attempts on Israeli lives in Turkey and elsewhere in the region, showed tangible evidence that it could deliver and has the resources to satisfy its own security needs without outside support.

“I think the Israelis now see that Turkey is a serious state with means and a rational strategy in the region that doesn’t have an aim to undermine anybody, but solely protects its interests,” a senior Turkish official told Middle East Eye.

An Israeli official told MEE that Israel has its own motivations to mend ties.

The Biden administration is seeking ways to extricate the United States from the Middle East, and appears close to signing another nuclear deal with Iran. With this in mind, Israel is looking to cement ties with other actors that could counterbalance Tehran.

'The US withdrawal from Afghanistan emphasised for the regional actors the wish of the US to reduce its presence in the region, and that they have to work together'

But they are proceeding with caution when it comes to Turkey. A previous attempt at reconciliation collapsed in 2018 over Israeli violations at Jerusalem's Al-Aqsa Mosque.

“Israel cannot play dual containment policy in the region anyway,” a source close to the Turkish government told MEE. “You cannot both contain Iran and a country like Turkey, which has really considerable military and intelligence capabilities that are proven in a set of countries.”

Experts believe both sides found value in their relationship and incentives to come closer during events first in Nagorno-Karabakh in 2020 and then in Afghanistan in 2021.

Turkey and Israel have a common ally in Azerbaijan, and found themselves working to help it by supplying military resources used by Baku to push Armenian forces out of Nagorno-Karabakh.

“We didn’t coordinate anything, but it showed everyone that Turkey and Israel indeed have common security challenges and could work together in some areas,” said the Turkish official.

Gallia Lindenstrauss, an analyst with expertise in Turkey-Israel relations, says Turkey’s recent rapprochement with other regional actors, such as the UAE, was reassuring for Israel.

"The US withdrawal from Afghanistan emphasised for the regional actors the wish of the US to reduce its presence in the region, and that they have to work together to maintain the regional order,” she said.

“The rapprochement between Turkey and Israel began before the war in Ukraine started, but the ramifications of this war can be seen as another impetus for Turkey and Israel to improve their communication channels and coordination.”

However, Turkish officials are careful to point out that their relationship with Israel isn’t an alliance against Iran.

“We are very clear in what we do. We have a really principled stance on this,” the Turkish official said. “We are very protective of our own territory. We won’t allow any actor, whether it is Iran or anybody else, to conduct covert operations in Turkey.”

Turkey has systematically foiled Iranian, Russian and even Israeli intelligence operations in its territory since 2020. “As with Iran, we made our grievances public by naming and shaming the operatives,” the official said. “And then we started to expose their operations and collapse the entire networks. We didn’t do it for anybody, just for our own sake."

One particularly touchy subject between Turkey and Israel has always been Hamas, the Palestinian resistance movement that rules the Gaza Strip. Israel denounces Hamas as a terrorist group, a label Turkey rejects.

Last year, Israel said that it would want to see Ankara take some steps against the presence of Hamas leaders in Turkey before launching into reconciliation talks. Turkey refused, however, maintaining relations with the group and continuing to host some of its leaders in Istanbul.

A senior Israeli official last month told the Jerusalem Post that this time they didn’t have any preconditions regarding Hamas, an overt backstep. Turkish officials note Turkey accepted many of the Hamas figures as part of deals Israel itself struck with Hamas.

“There has been no change of Turkey’s policy regarding Hamas,” the source close to the government said. “As it was before, Turkey won’t allow Hamas to conduct attacks in Israel. And that has been the case for many years."

And then there's gas.

Turkish and Israeli officials both say the prospect of bringing Israeli gas to Turkey through a pipeline in the eastern Mediterranean is a chief incentive to repair their relationship.

“The market logic to bring Israeli gas to Turkey for domestic use and export to Europe has existed for at least eight years and has not changed,” said Michael Tanchum, a fellow at the Middle East Institute in Washington.

“With events in Ukraine focusing a sense of urgency on natural gas, combined with Turkey's recent rapprochement efforts with Israel and other Middle Eastern actors, the previous political obstacles could be resolved."

A second Turkish official said both sides had been conducting a feasibility report to work towards bringing Israeli gas to Turkey, yet they were aware of the challenges.

An Israeli plan to build a pipeline from its Leviathan gas field to Cyprus and then to Greece has effectively collapsed, as the US withdrew support for the so-called East-Med Pipeline Project last year. Some sources based in Washington told MEE that Israel might have encouraged the Biden administration to do so because it didn’t want to risk a rupture with Cyprus and Greece.

Oded Eran, a senior research fellow at the Institute for National Security Studies in Israel and a former Israeli ambassador to Jordan and EU, said the Turkish route for Israeli gas has long been seen as the best feasible solution. Eran believes Israel’s recent efforts to bring Israeli gas to Egyptian facilities to install them as LNG and ship them to the international markets also decreased the importance of bringing it to Turkey.  “However, it still has a great potential if you could work the Lebanese gas fields and combine it with Israeli and some Egyptian gas. The pipeline could really make a change,” he said.

With Russia's war on Ukraine, Europe is under pressure to diversify from Russian gas. But according to Eran, Israeli gas cannot replace Russia's, but could nonetheless diversfy European energy resources to a great extent.

And with Lebanon and Israel technically enemy states, working out a deal with them may not be on the horizon any time soon. However, the senior Turkish official says whether with Lebanese gas or not, Israel would prefer the Turkish option because it would be far less costly than other options, despite the political issues.

“With the Egyptian option, you have many costs, from carrying, stockpiling, liquefying and selling it to the spot markets with a much lower price,” the official said. “But Turkey itself is a market with a growing energy need and it has several pipelines laid down to export it to Europe with a good price." 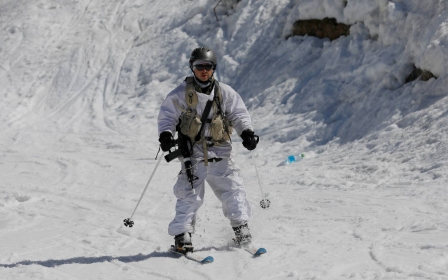