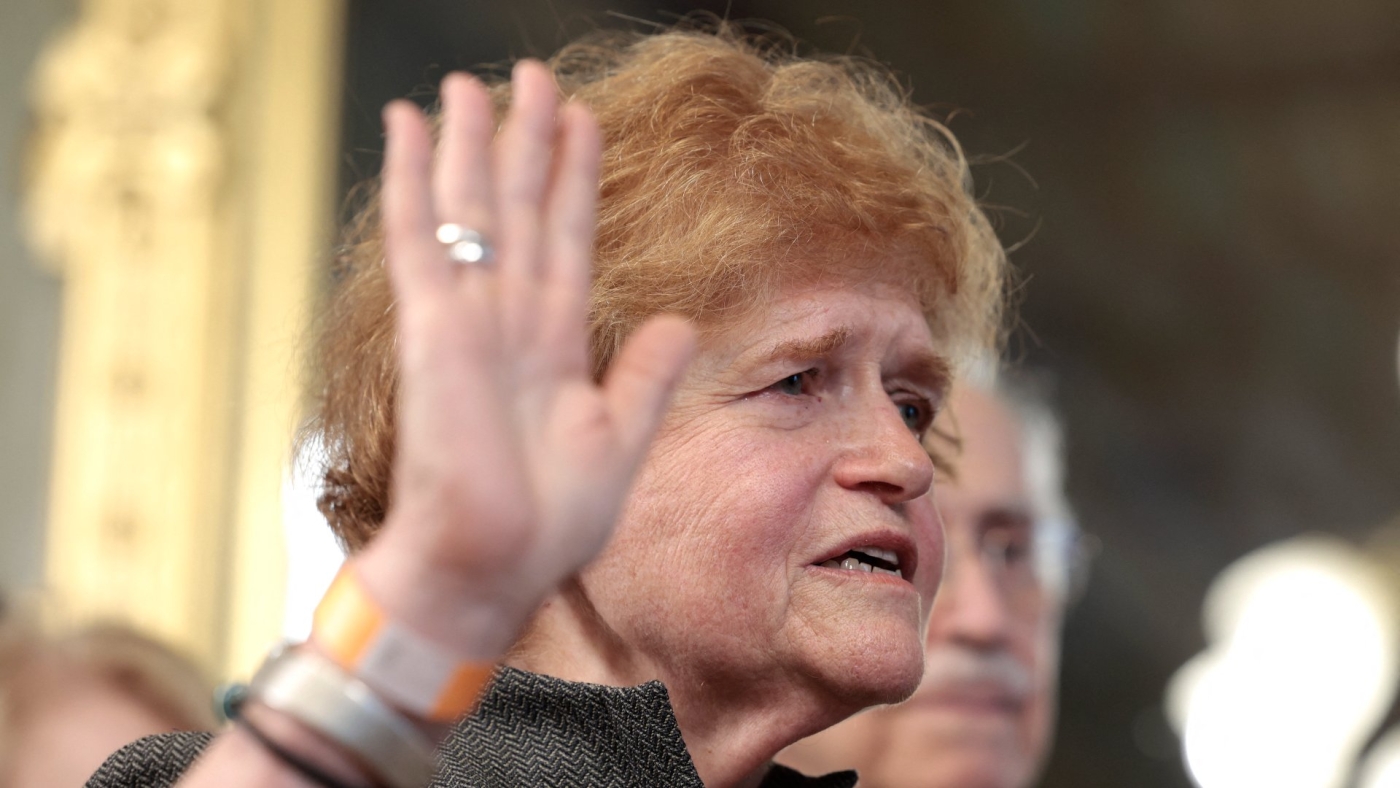 An Israeli organisation has called on the US to label the United Nations Human Rights Council as a hate organisation, accusing it of antisemitism for its probes into Israeli abuses of Palestinians.

In a letter sent to Deborah Lipstadt, the US special envoy for antisemitism, Shurat HaDin said the UNHRC is an "inherently antisemitic organization" and that it is working to delegitimise Israel by "reviving the banner of 'Zionism is racism'."

"The UNHRC is deeply infected with antisemitism and should be regarded as one of the largest perpetrators of Jew hatred internationally," the group argues in its letter.

"The agency's obsession with Israel [and] the themes and motives that guide the UNHRC and its actions portray numerous indications of antisemitism according to the internationally accepted IHRA definition."

Shurat Hadin also asked Lipstadt to open an investigation of the UN body to monitor its actions and "irrational targeting" of Israel. The Human Rights Council was founded in 2006 with the aim of "strengthening the promotion and protection of human rights", and consists of 47 countries elected to three-year terms by the UN General Assembly with quotas allocated to each continent.

Last year, the UNHRC agreed to launch an investigation with a broad mandate to probe all alleged violations Israel had committed against Palestinians following its May 2021 offensive on Gaza, which killed at least 260 Palestinians and 13 people in Israel.

Israel stated that it would not cooperate with the probe, rebuking the investigation and saying the UN body was unfairly biased against Israel.

Earlier this year, the UN special rapporteur on human rights in the occupied Palestinian territories also submitted a report to the UNHRC that concluded that Israel's treatment of Palestinians amounts to apartheid.

The group describes itself as being "at the forefront of fighting terrorism and safeguarding Jewish rights worldwide” and “dedicated to protecting the State of Israel". It says it works with “Western intelligence agencies [and] law enforcement branches” and utilises “court systems around the world to go on the offensive against Israel’s enemies”.

Shurat HaDin says it is not affiliated with the Israeli government. But in a leaked US diplomatic cable from 2007, Darshan-Leitner told US officials that “in its early years” Shurat HaDin “took direction from the GOI [Government of Israel] on which cases to pursue”.

The Biden administration, which rejoined the UNHRC in February 2021 after former President Donald Trump withdrew from it, has previously stated that the council is "flawed" in its criticism of Israel.

It has also adopted the International Holocaust Remembrance Association's (IHRA) definition of antisemitism, a controversial definition that equates some criticisms of Israel as being antisemitic.

The IHRA definition contains 11 "contemporary examples of antisemitism" such as "applying double standards" to Israel and describing the creation of Israel as a "racist endeavor".

The definition has been condemned by prominent Jewish groups and hundreds of leading Jewish and Israeli scholars, who argue it serves to "shield Israel from being held accountable to universal standards of human rights and international law".