Israel’s Channel 13 has dismissed 37 employees due to financial cuts, including the prominent and well-known diplomatic reporter Barak Ravid.

Ravid is famous for his scoops and coverage of the foreign affairs of Prime Minister Benjamin Netanyahu.

As Channel 13's diplomatic correspondent, Ravid interviewed Jared Kushner, the son-in-law and adviser of US President Donald Trump, and the foreign minister of Bahrain, which has no official ties with Israel.

Ravid’s reporting had upset Netanyahu, according to the Times of Israel.

He received a dismissal letter from Channel 13 along with anchorwoman Tali Moreno, veteran weatherman Danny Roop and Akiva Novick, a political correspondent, all of whom are considered household names.

Anshel Pfeffer, a friend and former colleague of Ravid, wrote in Haaretz that Russian-British billionaire Len Blavatnik, Channel 13 TV's main shareholder, is “known to be close to the prime minister” Netanyahu.

Pfeffer said that Channel 13 legal and criminal teams were on top of reporting Netanyahu’s corruption charges.

“Its small, determined team of legal and crime reporters, and commentators, is still driving the prime minister’s residence mad, yet none of its members have been fired.”

Channels 13 said in a statement that it’s going through a financial streamlining process, and it had to “bid farewell” to some of its prominent staff.

An Israeli officer has been removed from his combat duty post, following Haaretz reports revealing Israeli soldiers and commanders’ misconduct in the occupied West Bank and Syria.

The soldier is part of the Golani Brigade, an elite unit in the Israeli army.

Over the past two years, Haaretz published a set of reports into military scandals, revealing a “hate crime” against Palestinians in the West Bank city of Nablus, an accident that led to the killing of three Israeli soldiers after disregarding army procedures, the forging of documents and an unauthorised rogue operation in Syria.

Guy Eliyahu, a team commander and lieutenant in the Golani Brigade, was reportedly involved in this string of incidents, and has now been removed from combat duty, and can only serve as a staff officer if he remains in the army.

Major-General Amir Baram, head of the army’s Northern Command, is also reprimanding a battalion commander, Shimon Siso, for failing to provide his seniors with a full picture regarding the incidents.

After a delay for plans to annex large areas of the occupied West Bank, Prime Minister Benjamin Netanyahu is facing a fresh problem as his government struggles to contain a second wave of coronavirus.

Israeli analyst Amos Harel wrote in Haaretz that Israel will face economic repercussions affecting the lives of thousands of people, after the government decided to close gyms, nightclubs, bars and parks, as well as halt cultural events and limit time for beachgoers, in an attempt to stop the spread of Covid-19.

“The prime minister is a serial worker, putting his all into achieving one main goal until it’s done and ignoring other issues,” Harel wrote.

“That, unfortunately, is what happened to him for a month and a half, when he was preoccupied with the ill-conceived notion of annexing parts of the West Bank.”

Netanayhu hoped to reveal his annexation plans on 1 July, but pressure from international allies and within his own government have stalled him.

Israel was relatively successful in tackling the first wave of coronavirus. The country has recorded 31,271 and cases of coronavirus and 338 deaths. 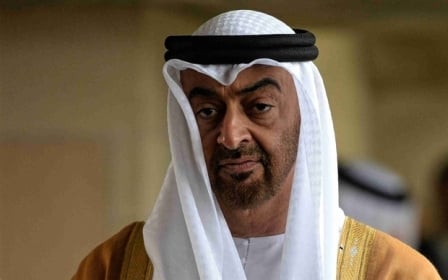 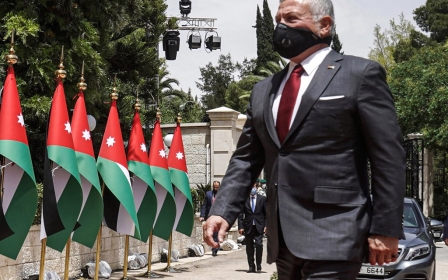