Netanyahu says he met deceased Russian president in the UK, an affordable housing lottery is cancelled and the army plays tricks 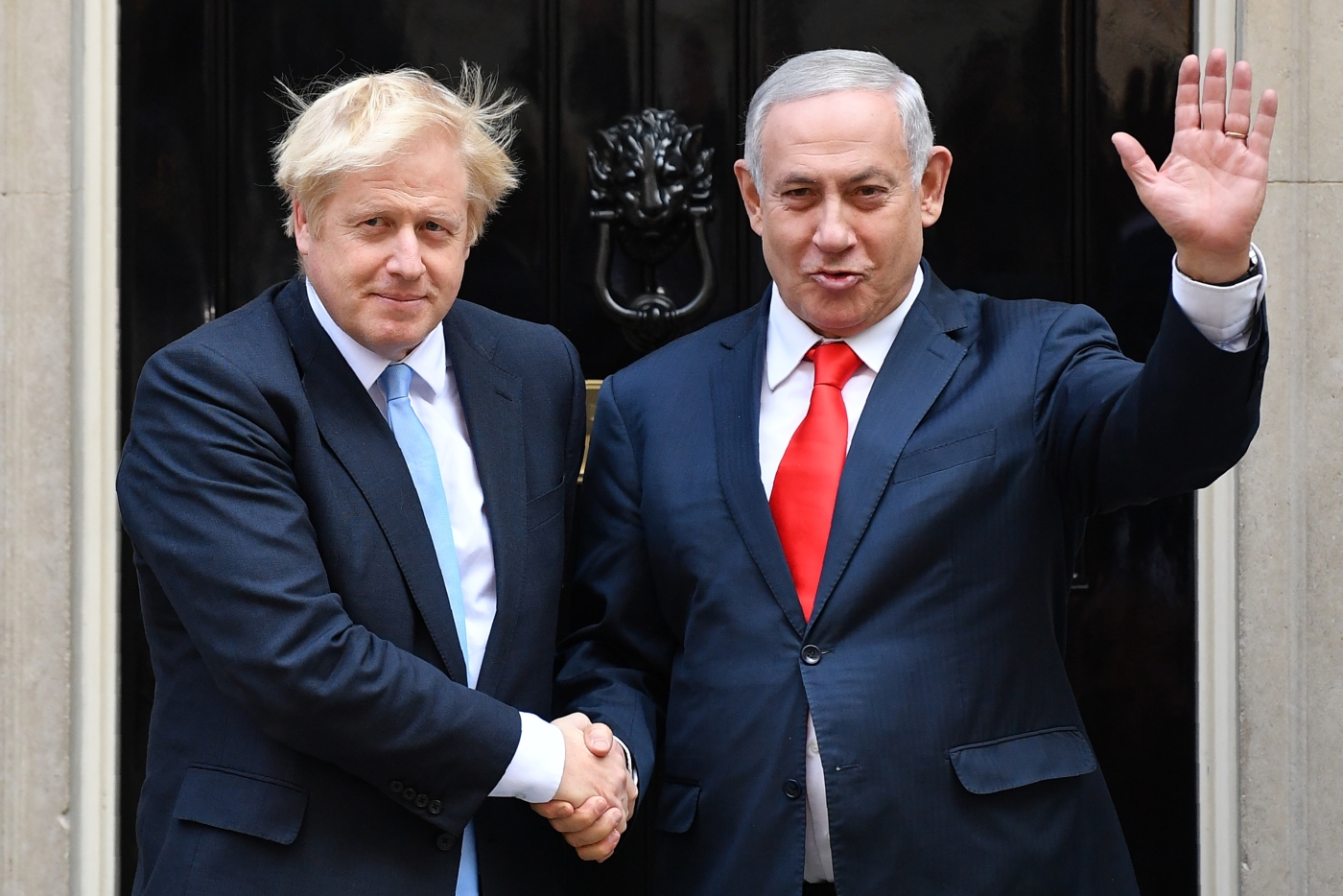 Israeli Prime Minister Benjamin Netanyahu has provoked derision after referring to the British prime minister as "Boris Yeltsin", instead of Boris Johnson, in a live cabinet briefing on his recent trip to the UK.

Yeltsin, who was Russia's famously vodka-loving president from 1991 to 1999, died in 2007. Boris Johnson has been the UK's prime minister since July.

Israeli media noted the irony in Netanyahu's mistake, given that his Likud party has been behind several jokes ridiculing opposition leader Benny Gantz for similar slips.

Gantz has publicly confused or forgotten the names of journalists, citizens and even his own party.

Netanyahu is being written off... again

Former prime minister Ehud Olmert gave an extensive interview to Al-Monitor saying the current prime minister will fail to win a majority in next week's election.

"There is no chance of a government being formed. Netanyahu is finished," he told the US-based news website, predicting that the opposition Blue and White party would not win a majority and a third round of elections would have to be called.

Anna Bersky of the Maariv newspaper showed examples of Netanyahu working long hours to meet with as many people as possible to gather votes, while journalist Rami Yitzhar has called the campaign “Netanyahu’s last ditch war of survival”.

Netanyahu’s image was dented after his son Yair Netanyahu tweeted a controversial attack on late prime minister Yitzhak Rabin, and when the biggest donor to Netanyahu’s campaign, Sheldon Adelson, issued a statement attacking Netanyahu's wife Sara, accusing her of being domineering.

On Sunday, a large affordable housing lottery planned for 3,500 apartments was cancelled at the last minute because of a shortage in available plots of land.

The government has not announced an alternative date for the lottery, which raises the possibility that no additional apartments will be made available at affordable prices.

Rising housing costs have contributed to economic inequality in Israel and have been the focus of youth protests in the past. Having promised to provide affordable housing for young people, Finance Minister Moshe Kahlon is being criticised for this latest failure.

Last week, in a clash between Israeli troops and Hezbollah troops, the Israeli army created a charade and sent healthy soldiers to be evacuated by helicopters to a hospital. The hospital was instructed to pretend to treat their non-existent injuries. In reality, no Israeli soldiers were hurt by the exchange of fire.

Yossi Beilin, a former Israeli politician and now a journalist, lamented that the trick had diminished the credibility of the Israeli military.

Haaretz journalist Carolina Landsman warned that this trick could cost the Israeli forces dearly, because the assumption that Hezbollah will stop attacking after casualties have been confirmed on the Israeli side could no longer be relied upon.

Or Bassok, a former military attorney and current professor at Nottingham University argued such deception is illegal.