Sara Netanyahu has been embroiled in a scandal over ordering $100,000 worth of restaurant meals with state money 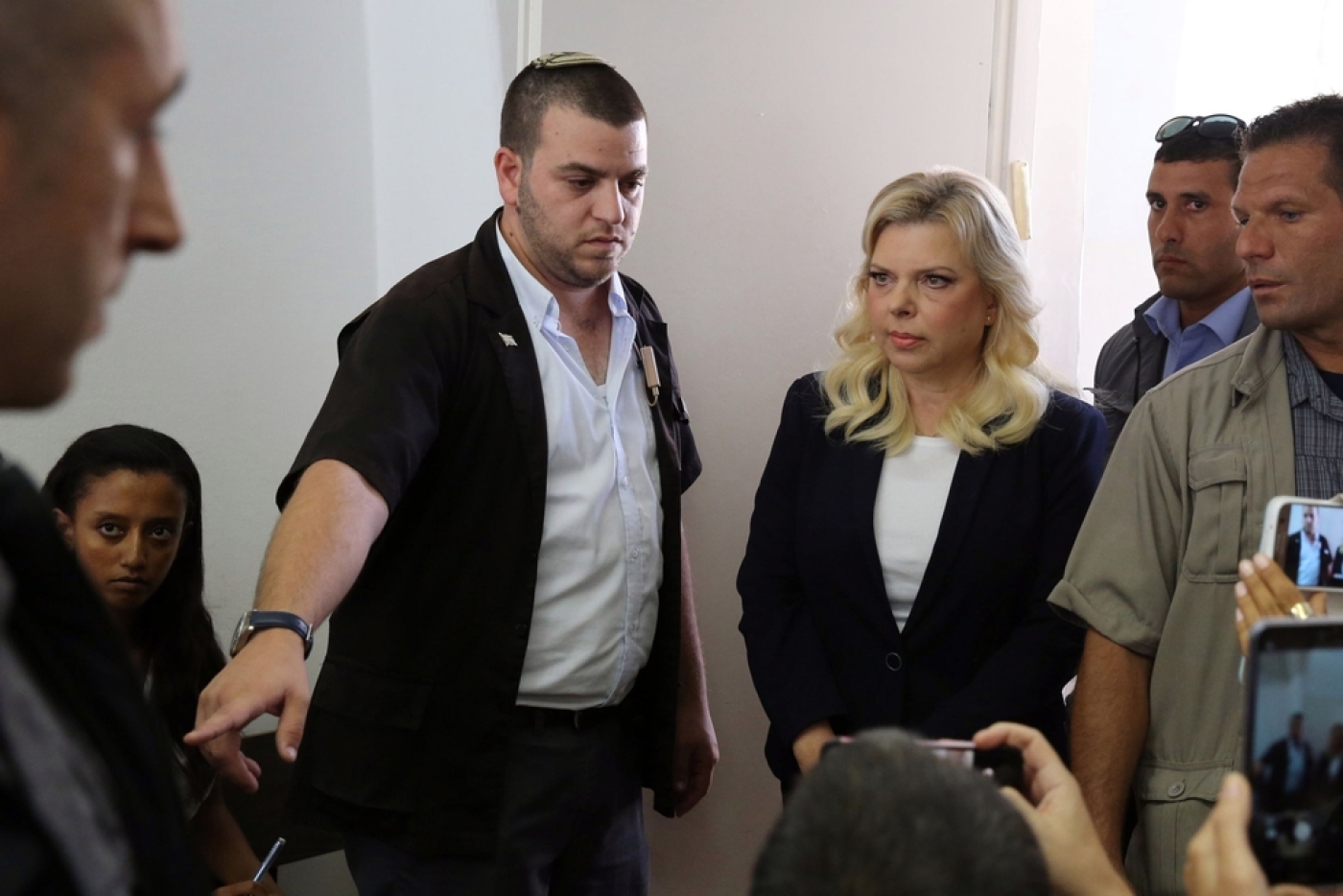 Sara Netanyahu was originally charged in 2018 of fraud for ordering almost $100,000 of catered restaurant meals to the prime minister's residence, despite it already employing a chef.

Those charges have, however, been downgraded in the plea deal, and she will not face a trial. Instead, Sara Netanyahu will pay a $15,000 fine and receive a criminal conviction for "exploiting the mistakes of another", according to state broadcaster Kan news.

According to the original indictment, which claimed Sara Netanyahu tried to conceal the fact the residence employed a cook, the meals ordered included everything from sushi to Italian to Moroccan dishes.

Prime Minister Benjamin Netanyahu is himself facing an October deadline set by the country's attorney general for a pre-trial hearing on corruption charges and could be the first sitting Israeli prime minister to be indicted.

Israel could be headed for new elections if Netanyahu cannot push through agreements on forming a governing coalition by Wednesday night.

While no agreements have been presented thus far, there was speculation that coalition members would be forced to agree to measures that would weaken the judiciary, which is seeking to put Netanyahu on trial, AFP reported.

Thousands gathered in Tel Aviv on Saturday to protest any such agreement.

In February, Attorney General Avichai Mandelblit announced his intention to indict the premier on charges of fraud, breach of trust and bribery, following up on police recommendations.

In what is considered the most serious of the cases, Netanyahu is accused of advocating for regulatory benefits allegedly granted to telecommunications firm Bezeq in exchange for positive news coverage for himself from a media company owned by Bezeq's then-CEO.

Another involves Netanyahu allegedly seeking a secret deal with the publisher of Israel's top-selling newspaper Yediot Aharonot to ensure positive coverage in return for pushing forward a law that would have limited the circulation of a rival paper.

The third case involves suspicions the premier and his family received luxury gifts such as cigars and champagne from wealthy individuals, including Hollywood producer Arnon Milchan, in exchange for financial or personal favours.

Analysis
With coronavirus cases on the rise, Israel turns to the army
Inside Israel
Netanyahu brings dirty laundry to Washington for US staff to wash: Report
Occupation
Chelsea owner donated over $100m to Israeli settler group