Minor said he was grabbed on his way home from a funeral in Tekoa, then shot in the groin area as he tried to escape 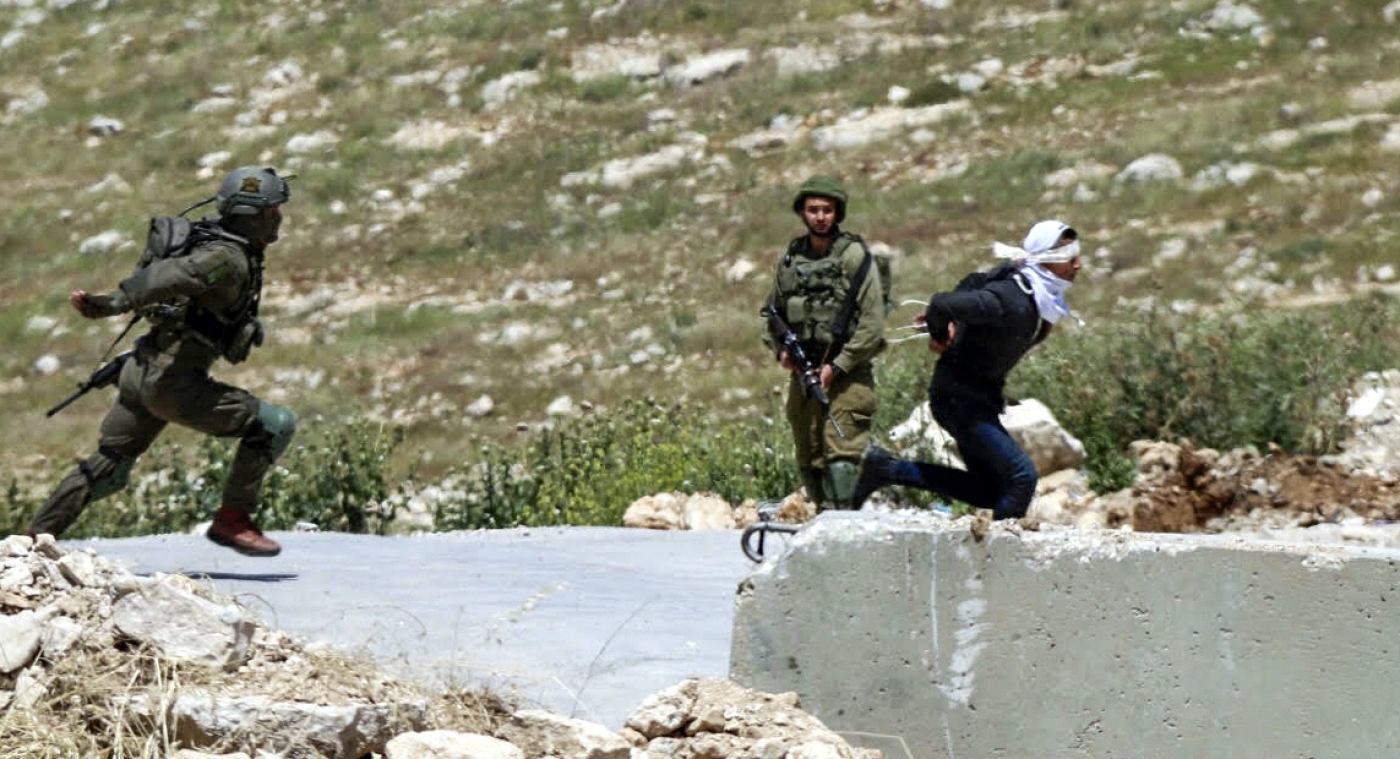 Israeli soldiers shot a handcuffed and blindfolded Palestinian teenager in the groin area on Thursday as he tried to escape detention near the West Bank village of Tekoa.

Palestinian witnesses were filmed evacuating the 16-year-old to receive medical treatment after clashing with two Israeli soldiers who objected to him being taken away.

One of the soldiers is seen dressing the detainee’s wounds with the help of two Palestinian women, while another soldier threatens other Palestinians in the area not to come closer or “they’ll get a bullet, I’m not kidding,” the Israeli newspaper Haaretz reported.

Hajahjeh, who was reported to have been suspected of throwing stones, is currently hospitalised near Bethlehem and is no longer detained, Haaretz said.

Translation: I haven’t seen this news story on any Arab or international news outlets. A Palestinian child attempted to flee from occupation soldiers after being handcuffed and blindfolded by them. However, they shot him from a very close distance, filling him with blood. At the end of the video we see how local Palestinians managed to evacuate the child and transport him by car to be hospitalised.

Hajahjeh said he was grabbed while on his way home from a funeral in Tekoa last week and that he was unarmed.

Bound with handcuffs and a blindfold and feeling "confused," he said he was then shot in both legs as he tried to flee.

A military source claimed to Haaretz that Hajahjeh was evacuated “jointly” by the army and the Palestinians.

In a statement on Monday, the army said it had arrested an instigator of a violent protest and fired at his lower body when he attempted to flee.

The shooting incident will be investigated, the statement said.