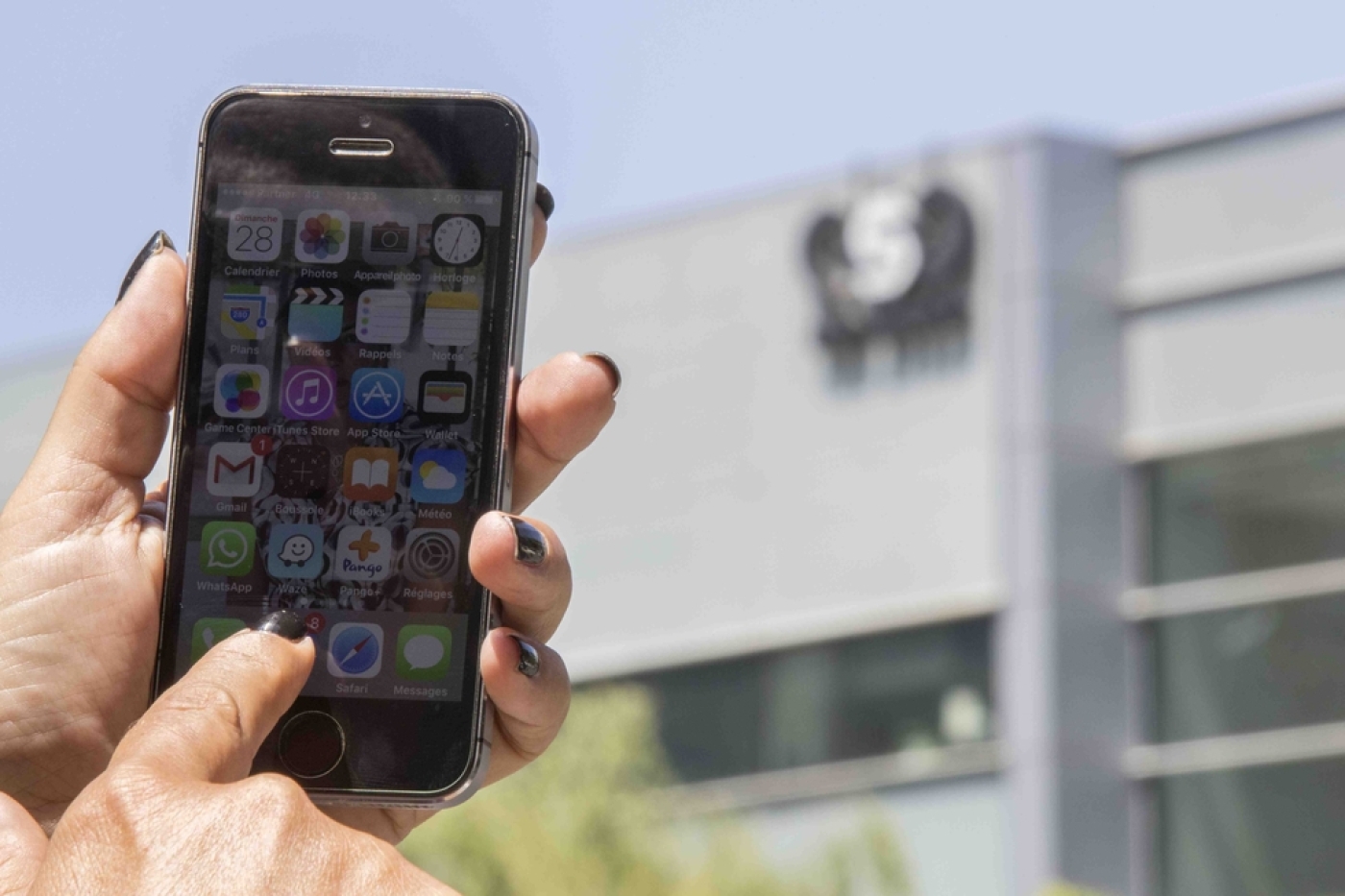 An Israeli woman uses her iPhone in front of the building housing the Israeli NSO group, on 28 August, 2016, in Herzliya, near Tel Aviv (AFP)
By
MEE staff

Sophisticated spyware found on an Emirati activist's iPhone was sold to the UAE by an Israeli firm owned by a US private equity company with offices in the UK, according to a report.

NSO was bought for $110m in 2014 by US private equity firm Francisco Partners, which has offices in London's Sloane Square. Francisco reportedly valued the tech company at close to $1bn last year.

It appears to be the latest cooperation between Israel and the UAE, which have no official diplomatic ties, in the rollout of a mass Emirati programme to spy on its residents.

As reported in Middle East Eye, Israel has sold sophisticated software to Abu Dhabi and Dubai, for use in its 'Falcon Eye' programme. The UAE has attempted to recruit foreign technology experts to operate it.

'Spy in his pocket'

The use of Pegasus against Mansoor, a human rights lawyer, was revealed in a report last week by the British NGO Privacy International, which forced Apple to rush a software patch to close the security hole exploited by the spyware.

Mansoor was targeted by a text message that asked him to click on a link for information on prisoners tortured in the United Arab Emirates.

Lookout mobile security firm and Citizen Lab at the University of Toronto investigated Pegaus, and concluded it was a "rare and powerful" example of spyware programming.

Mansoor's phone "would have become a digital spy in his pocket, capable of employing his iPhone's camera and microphone to snoop on activity in the vicinity of the device, recording his WhatsApp and Viber calls, logging messages sent in mobile chat apps, and tracking his movements,"

Privacy International condemned the apparent attempt by the UAE to infect a private citizen's communications, saying it was not the first incident of its kind.

"Opposition activists, human rights defenders, and journalists have been placed under intrusive government surveillance and individuals have had their communications read to them during torture," it said.

"State agencies are also utilising technologies used for surveillance for offensive and military purposes as well as espionage."

NSO did not confirm that it created the spyware used to target Mansoor.

However, it said in a statement that it "sells only to authorised governmental agencies, and fully complies with strict export control laws and regulations".

"Moreover, the company does not operate any of its systems; it is strictly a technology company."

Israel's defence ministry did not respond to a request for comment from the AFP news agency.

However, Israel and the UAE have been revealed by MEE to have a high-level security relationship including in the cyber-surveillance market.

Trade between the two countries has focused on lucrative technology that has allowed Abu Dhabi to establish an emirate-wide surveillance system.

Daniel Cohen, a cyber-terrorism expert at Israel's Institute for National Security Studies, said the country's expertise in such products stems in part from its military, which puts a premium on cyber-warfare training.

"Israel is among the world leaders in everything involving the cyber sector," Cohen said.

"After leaving the military, such experts take advantage of their knowledge to create start-ups or get hired at exorbitant salaries by existing firms."

NSO is among some 27 surveillance firms based in Israel, according to a recent report from British NGO Privacy International - putting the country at the top of the list of such companies per capita.

Cohen said there are more than 300 cyber-related firms in Israel, though most create products to protect institutions against cyber attacks.

"Less than 10 percent of firms in the cyber sector have pursued an offensive niche, meaning technologies allowing the infiltration of computer systems," he said.

Companies with Israeli roots have provided technology to monitor Internet and phone communication to secret police in Uzbekistan and Kazakhstan as well as Colombian security forces, according to Privacy International.

They have also reportedly exported to Trinidad and Tobago, Uganda, Panama and Mexico, it said.

One case drew particular attention in 2011, when Internet-monitoring technology by Allot Communications was reportedly sold on by a distributor to Iran, Israel's arch-enemy.

Citizen Lab said: "Clearly, additional legal and regulatory scrutiny of the 'lawful intercept' market, and of NSO Group’s activities in relation to the attacks we have described, is essential." 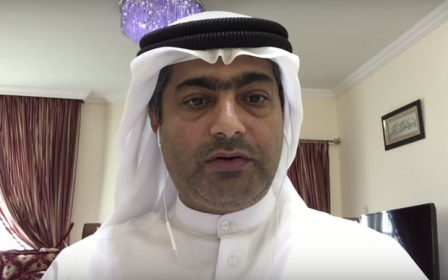 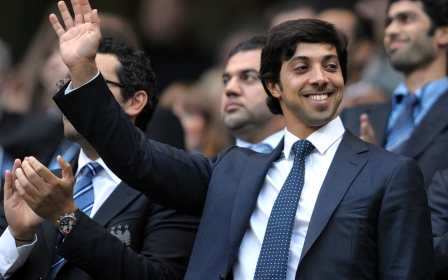